After Pulwama: The chaos in Kashmir is a result of Kashmiri politicians always choosing their own gains over larger good

Kashmir is charged up. In fact, the entire Indian subcontinent is charged up. There is uncertainty and there is insecurity and unease. Nobody knows what’s going to happen next in the region. Both India and Pakistan are giving indications that there could be a war — a war, mind you, in which both countries posses nuclear weapons. The current situation is symptomatic of failures at various levels.

These leaders have failed because they do not have in them a real leadership quality which allows people to suffer for their masses. On the contrary, these leaders have always preferred their personal interests over that of the people — and their parochial interests are the reason why Kashmir and Kashmiris are bleeding through a thousand cuts.

It all began when one of the tallest leaders of Kashmir, Sheikh Abdullah, ended up asking Kashmiris to accept something which he himself fought against — Kashmir's independence. His own men plotted against him in a bid to gain power without caring for the means. They did not care about the fact that their actions would ultimately bring suffering to the Kashmiri people. 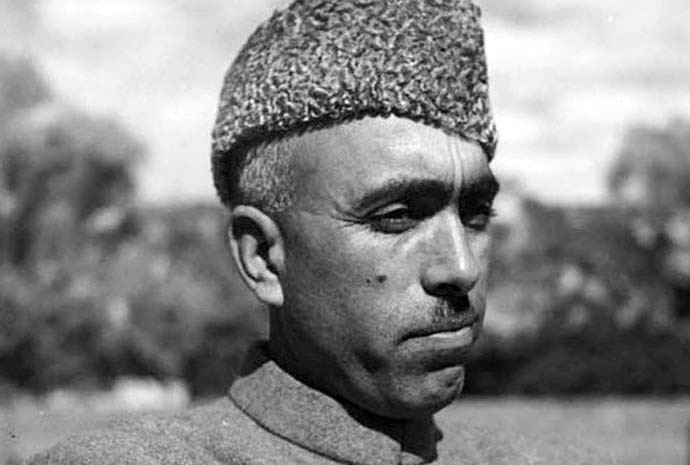 Sheikh Abdullah was a legend of Kashmir's political struggle but ended up compromising for power too. Source: (Twitter @ FeatOfStrength)

It wasn’t just Kashmiris who had to bear the brunt of Sheikh Abdullah’s policies — the entire nation did.

Later in time, Farooq Abdullah's National Conference (NC) reportedly indulged in the rigging of elections in 1987 which changed the political landscape of Jammu and Kashmir forever. This was the election in which the heavyweights of the separatist leadership, including the United Jihad Council (UJC) chief Syed Salahuddin himself, participated. Syed Salahuddin turned to militancy after the 1987 J&K elections, in which he contested, were rigged. (Source: Reuters)

But, in the apparent lust for power, the elections were rigged and the separatist leadership therefore grew entirely sceptical of Indian democracy — and this is what led to the birth of insurgency in 1989.

The contemporary breed of leaders in Kashmir was, however, expected to be different since they had seen the consequences of compromising on democratic principles and the perils of militant insurgency. Unfortunately, they have behaved no better than their predecessors.

In my view, Kashmir's current politicians are ready to go to any extent to stay in power, which would allow them the ability to enjoy the perks and privileges of being in office. They can compromise on anything to benefit their political ambitions.

In 2008, for instance, the Peoples Democratic Party (PDP) tried to score brownie points over the Amarnath land row. It withdrew support from J&K’s Congress-led coalition government, forcing the imposition of Governor’s Rule. Huge violence followed and the political process was rendered meaningless.

PDP chief Mehbooba Mufti’s new avatar post the ending of the alliance with the BJP is again, to my mind, deeply hypocritical. Mehbooba Mufti has been shedding tears before the families of militants now. As CM, she backed security ops against them. (Source: PTI)

She is the one who restricted the movement of separatists — but is now crying foul on the new restrictions placed upon them. She was the one who reportedly backed Operation All-Out launched by the security forces to free Kashmir from militancy — now, she visits the families of militants and sheds tears there. This kind of politics which is devoid to all intents of ethics or principles is poisonous.

In the aftermath of the Pulwama attack, local Kashmiri leaders are trying to score political points by using the situation to manipulate the opinions and feelings of the people and get votes.

The war hysteria currently being seen in the country is a result of the failures of political leaders like the Muftis and the Abdullahs.

Separatists, meanwhile, have restricted their role to calling for shutdowns and doing nothing to stay relevant to the current discourse in the Valley.

When people find themselves leaderless and directionless, the only certain thing they face is confusion and chaos. All leaders must therefore urgently course-correct. It is the only way Kashmir can be saved from a descent into chaos.

Also read: Just one move from Pakistan can end all the tension: Hand over Maulana Masood Azhar to India