That India has limited options against Pakistan is hogwash. Here’s how India can make Pakistan bleed for Pulwama

It is naive beyond belief that India, a much greater nation in every way, cannot hurt Pakistan back for its cowardly malice. We can, in all these diverse ways.

Beyond the debates over the hawks versus doves approach lies a whole world of unexplored realpolitik.

In that world, where current realities challenge the ideal — only a wishful world of peace — India is at war with Pakistan.

You can also say that Pakistan is waging a war against India. But the operational reality is that a war is on.

It is the ceasefire in this ongoing war which Islamabad is using against New Delhi to score strategic points, making India bleed through one cut, one soldier at a time. Or, as is the case with Pulwama, over 40 cuts in one go. 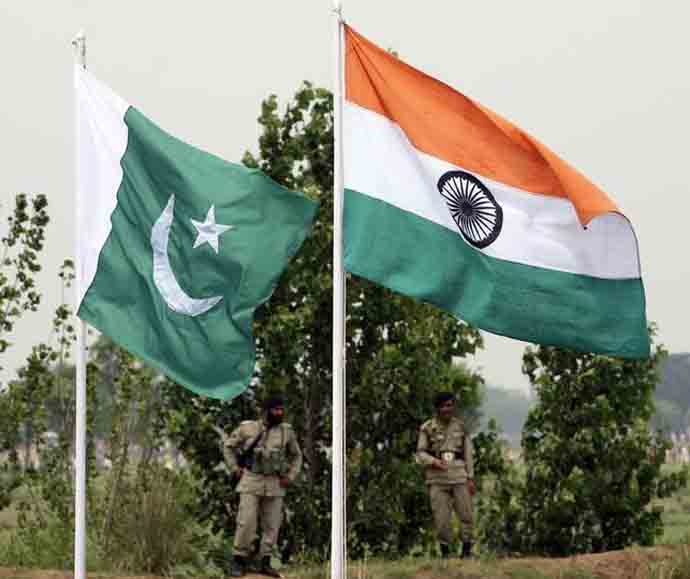 India must cut off all ties with Pakistan — it is long due. (Source: Reuters)

Many in India are saying that the country doesn’t have too many options at its disposal to teach Pakistan a lesson, despite the grave provocation from across the border.

India has many options to make Pakistan pay for every drop of blood that our soldiers have lost in Pulwama and to hold the Pakistani establishment accountable for every tear the families of those martyrs have shed.

Intellectuals tell us that dialogue is the only option for the resolution of any dispute. They are right — and wrong.

Dialogue works when both parties want the dialogue to work.

If either of the parties decides that it will continue to strike and negotiate at the same time, the process is set to fail.

Such a dialogue is a waste of time.

For India to hope that it can stop terror outfits such as the Jaish-e-Mohammed (JeM) from attacking its soil by holding talks with Pakistan's Prime Minister Imran Khan, whose own political future depends on terror handlers in his country, is dangerously naive. Pakistan must be made to pay for the lives of every Indian soldier killed in Pulwama. (Source: Reuters)

Dialogue creates a facade that relations are improving, while all that Pakistan is known to be doing during the most hyped dialogues between the two countries is planning attacks on India.

The war, meanwhile, is on.

On November 2, 2011, the Pakistani cabinet formally accorded to India the 'Most Favoured Nation' (MFN) status. But that decision remains unimplemented.

India had granted this status to Pakistan way back in 1996.

In a move that has come rather late, India withdrew the MFN status granted to Pakistan, which allowed Islamabad to enjoy the benefits of lower tariffs on its exports to India, on February 15. The demand to withdraw the status has been made every time Pakistan attacked Indian soil — and there have been several instances of that.

Both countries have a preferential trading arrangement under the South Asia Free Trade Area (Safta) process. However, Pakistan has blocked some of these benefits to India through the negative list.

It is time India cuts off all trade ties with a nation that uses all the money to fund terror against India. India is a fast growing economy with a huge domestic market. The decision to not do trade with Pakistan is unlikely to make any difference to India — but is sure to send a message to Pakistan.

It is not only bilateral relations that India needs to take care of. New Delhi needs to use its diplomatic offices to ensure no country does business with Pakistan. The message has to go out loud and clear — either you are against Pakistan or you are against us.

China must not be an exception.

China has been shielding Maulana Masood Azhar and his terror outfit, JeM, by blocking New Delhi's appeal to list the UN-proscribed Pakistan-based terror group's chief as a global terrorist. Beijing needs to be told unequivocally it can’t be business as usual anymore.

All this "Made in China" business must stop if the dragon nation continues to invest in Pakistan — and back it in terror activities. He should feel the pain: China has been shielding Maulana Masood Azhar and his Jaish-e-Mohammed for a while. (Source: India Today)

We have a lesson to learn from the Americans here. When they impose sanctions against a nation, they ensure its isolation is complete.

It is time India uses its position as a huge market that the world is vying for by imposing a precondition that the global community can establish ties with India only after severing all ties with Pakistan.

That India hasn’t already used this bargaining chip with the world is baffling.

The country has remained a pacifist nation by denying the reality that Pakistan has declared open war against India.

What Pakistan sells to the world as its 'non-state actors' are actually the hoods running the show in the country. Puppet Prime Ministers such as Imran Khan are a facade created to ensure it can go on its borrowing spree across the world, to fund the terror modules that aim for nothing short of India’s total destruction.

Because that is what a war is about — finishing your enemy.

It’s time to bleed back Pakistan.