Pulwama attack: Why SVBIEDS are favored by terror groups for mass casualty attacks

Forty four CRPF troopers were killed and 40 others injured when an explosive-laden SUV drove rammed the bus that was transporting them in Awantipora town in Kashmir's Pulwama district. This is officially the worst attack on security forces in Jammu and Kashmir and the largest since the September 18 incident in Uri which killed 19 soldiers. Horrific visuals of the attack on the CRPF convoy travelling between on the Srinagar-Jammu highway were circulated on social media websites.

The JeM statement doesn't mention this but the fact that the attack comes soon after the sixth anniversary of the execution of JeM activist Afzal Guru suggests these two incidents are not entirely unrelated.

Guru was hanged for his role in the December 13, 2001 attack on India's Parliament carried out by the JeM, and his death anniversary usually sees strikes and shutdowns in the Kashmir Valley. 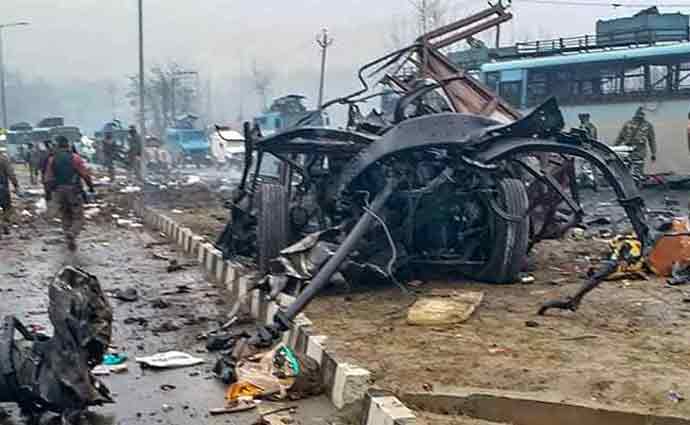 Terrorist violence in Kashmir has hit a new watershed with today's brutal attack and the re-introduction of an old tactic, the Suicide Vehicle Borne Improvised Explosive Device (SVBIED).

The suicide car bomb evolved in the Lebanese civil war. The October 1983 Beirut barracks bombing by the Islamic Jihad Organisation, which killed 241 US Marines, led to the withdrawal of US forces from Lebanon. It was rapidly adopted by other global terrorist organisations like the LTTE and, more recently, ISIS in Syria and Iraq, to breach fortified installations or to cause mass casualty attacks.

Car bombs entered Kashmir in the late 1990s, and were used in attacks mostly by the JeM between 2001 and 2005, many of them in what are called 'crash and blow' attacks, where the car bomb was used as a battering ram against a fortified target. Car bombs have also been called 'Trojan horses' because they blend into civilian traffic and are almost impossible to detect and give security forces very little warning time when they are spotted.

On October 1, 2001, just two months before the JeM attacked India's Parliament, a suicide attacker rammed a Tata Sumo packed with explosives into the Jammu and Kashmir state legislative assembly complex in Srinagar and two other fedayeen entered the complex and engaged in a gun battle with security forces before being neutralised.

On April 26, 2003, JeM fedayeen rammed an SUV packed with explosives into the heavily guarded gate of the All India Radio station in Srinagar. The blast was so powerful, one intelligence official recalls, that the vehicle engine was found in one of the offices of the broadcaster a few hundred metres away. 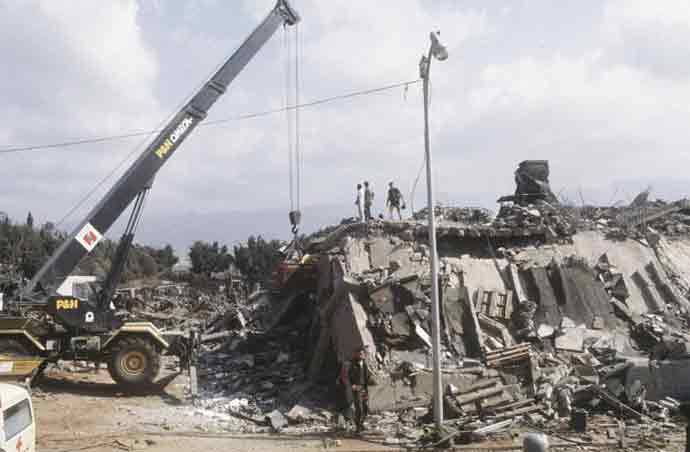 The October 1983 Beirut barracks bombing by the Islamic Jihad Organisation which killed 241 US Marines led to the withdrawal of US forces from Lebanon. (Photo: Reuters)

VBIED attacks in Kashmir continued through the mid 2000s - by August 2005, terrorists had carried out six car bomb attacks in eight weeks, killing 34 persons. The attacks, which used a combination of suicide attackers or were merely parked and remotely detonated when targets passed by, petered out by the late 2000s.

Assembling and carrying out SVBIEDs calls for a different skill set. It would need large quantities of explosives to inflict damage on moving targets. Several days of reconnaissance on possible targets. Skilled bomb makers and workshop and mechanics to modify vehicles with cavities to carry the explosives and lastly, several dry runs with the suicide attacker to be absolutely sure of success.

All of this calls for fairly large resources, both overground and underground.

The return of the car bomb, and more worryingly, volunteers willing to drive them, pose new challenges.

Security forces usually move in large convoys which have Road Opening Parties to sanitise routes before the convoy can move. Vehicle-mounted bomb jammers in convoys can disrupt the radio signals between roadside explosives and remote triggers. An SVBIED bypasses these precautions because the explosive is often triggered off by the suicide attacker himself. This could see security forces significantly altering their movement patterns and even totally halting the movement of civilian vehicles.

Worse, civilian vehicles will be looked upon as possible Trojans.