No, India hasn't violated any international law in Balakot

After the February 14 attack on Pulwama, India has exercised the right to self-defence in international law against Pakistan which actively supported military interventions by its own troops and in harbouring others to guiding armed attacks on India and Indians.

The facts from 1947-2019 are that Pakistan has been involved in continuous armed activity against India other than the four wars between the nations.

No way out for Pakistan

In the millennia, it has upped the ante.

There is no denying Kargil happened. There have been some 967 incursions into India. Pulwama and 26/11 happened on Indian soil. Despite Pakistan’s constant denials: We know.

Was India right in international law? Article 2(4) of the charter of the UN represents a customary rule of international law enjoining a member “to refrain... from threat or use of force against the territoriality or political independence of any state.” To this is added: “or in any other manner inconsistent with the purposes of the United Nations.”

This last badly drafted clause imposes further limitations, admitting circularity. Prima facie, India has not violated either the first two parts of Article 2(4) or even the last clause. Nor is India in violation of the UN General Assembly Friendship Relations Declaration of 1970, as it has not gratuitously used force but has been restrained and, now, exercised its right to self-defence.

For that we have to turn to Article 51 of the charter which states, “Nothing in this charter shall impair the inherent right of individual and collective self-defence in an armed attack occurs against a Member of the United Nations, until the Security Council (UNSC) has taken measures to maintain international peace and security.”

Since the opening of Article 51 is ‘non-obstante’ (nothing in the charter), it overrides even Article 2(4) as an exception. There is also a duty to inform the UNSC which can pursue its own actions. Pulwama satisfies the condition of “if an armed attack occurs”. The Spanish text of this phrase supports the English text but the French text is that a state can be the object of an attack if the attack occurs. Some have also argued that the “inherent right individual and collective self-defence” includes anticipatory self-defence often used to justify unwanted aggressions.. 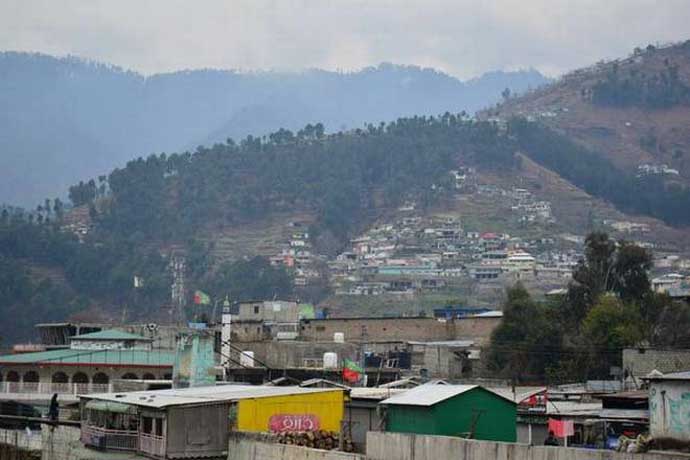 India has exercised the right to self-defence in International law against Pakistan. (AP image of Balakot village)

Balakot was legit US’s Daniel Webster’s famous formulation in the Caroline incident (1837), where the British destroyed an insurrectionary steamer in Canada, detailed: “necessity of self-defence, instant, overwhelming leave no choice of means and no moment of deliberation (and not) unreasonable or excessive.”

In this, ‘moment of deliberation’ cannot mean thoughtlessness. India’s reaction falls within the concept of ‘necessity’ and ‘proportionality’ as detailed by the International Court of Justice (ICJ) in Nicaragua v United States (1986) where the latter was supporting armed resistance in Nicaragua and El Salvador.

Versions of these principles were used in the Corfu Channel case (1949) where the ICJ held Britain’s mine sweeping exercise (‘Operation Retail’) excessive. The US did not invoke self-defence in the Cuban Missile Crisis (1962) for fear it would be exposed to Russian retaliation on Nato missiles in Europe. But it did so against the Dominican Republic (1965) and Granada (1983).

In 1986, the US invoked anticipatory self-defence against Libya which it was claimed attacked US soldiers in Germany.

Israel bombed a nuclear reactor in Iraq as anticipatory action in 1981; using both self and anticipatory defence the US claims to be the keeper of the peace and attacked in Kuwait, Iraq and Libya claiming refuge in international law.

The US claims to be the true interpreters of international law doctrine. In India’s case, self and anticipatory defence are part of a continuum.

The basis of any principle lies in its objective application. We must stress the assumption that terrorism is banned by a series of covenants and agreements, targets innocents and is legally unacceptable. India’s attack of February 26 was a self-defence measure hoping that some future effect will result.

After 26/11, India wanted the terrorists who planned it to be handed over. This was never done. The Kargil attackers were not punished.

Post-Pulwama is a classic example of ‘self-defence’ of those terrorists who fuelled terrorist attacks against India and will continue to do so.

The objective factors are that Pakistan supported the attack; protected the attackers. Pakistan has tried to evade all this by denial and affirmation. Its admissions trump denials. Pakistan’s attack on February 27 was self-confessedly a planned retaliatory incursion into Indian territory.

Also Read: Why nothing will change on the ground even after Balakot airstrike