Pulwama killings: Kashmir is an ‘integral part of India’. If the integral part is bleeding, how is the rest of the country fine?

What exactly is integral, the land, or the lives of its people too?

Whenever there is an argument on the Kashmir issue, the standard answer from almost every major politician, and the government itself, is that it is an ‘integral part’ of the country. This has been said at the highest seat of democracy — the Parliament of India — and repeated almost everywhere.

The question that comes to mind, however, is: What exactly does this ‘integral part’ mean? By definition, an ‘integral part’ should mean something very important or necessary. So what is important here, the land, or the people living on it? 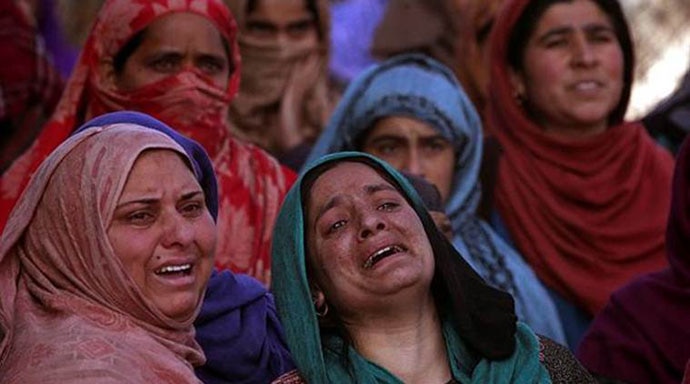 Seven civilians were killed and more than 24 others injured in Pulwama on December 15. (Photo: Reuters)

The Valley saw a bloodbath this Saturday, December 15. In Pulwama, seven civilians were killed and more than two dozen others injured after security forces fired live ammunition to control crowds reportedly trying to assemble near a site where an encounter had just taken place.

Three local militants had been killed in the encounter, and an army jawan also lost his life. So, in total, 11 lives were lost.

Among the civilians killed was a Class 8 student. His body remained unidentified for hours, before his father accidentally saw him on a hospital bed. 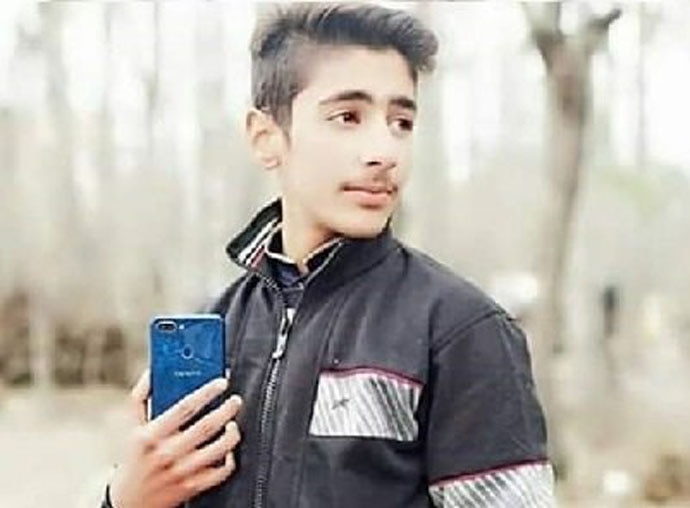 His body remained unidentified for hours, before his father accidentally saw him on a hospital bed. (Photo: Twitter)

Another youngster was an MBA graduate who had just returned home from Indonesia with a foreigner wife and a three-month-old child.

The wailing families of all these seven had similar and tragic stories to share on the cold Saturday night. Their pain was felt all across Kashmir. What, however, was missing was empathy from those who call this place ‘an integral part’.

None of the top leaders of the country spoke a word. Not a single tweet. No mention.

As if nothing had happened. As if these figures were just additions to the daily register of this bloody conflict. Just a number!

On the contrary, over a period of time, what one can see is a strange attempt at normalising such civilian deaths in Kashmir. Arguments often presented include that they died because ‘they were there’. The official line has on occasion been that casualties took place because civilians were trying to gather at encounter sites to disrupt operations.

While it is true that people should be careful not to be at places where live bullets are being traded, surely even the top military minds that know Kashmir can tell us that this isn’t so simple here. 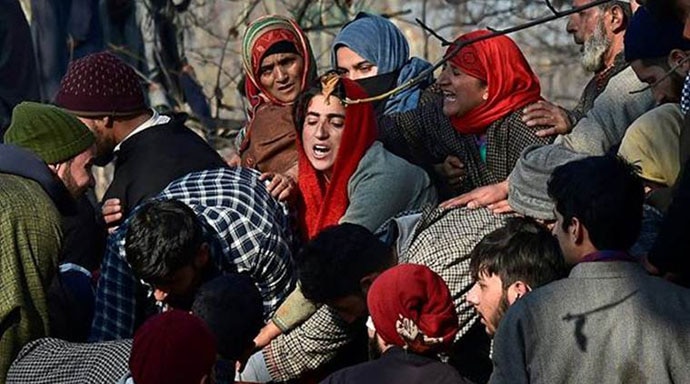 The wailing families of all the seven victims had similar and tragic stories to share. (Photo: PTI)

The year 2018 has seen more than 200 militants dying in the Valley. With this, around 100 civilians have also been killed, and out of these, 40 died at encounter sites. These figures themselves should have set alarm bells ringing. In whatever circumstances they were killed, all these lives were precious to somebody. There should have been a constant discourse of finding ways to ensure that such incidents didn’t happen again.

But all that there is is silence.

This raises a crucial question — how can the loss of life be so normal?

Also, the lack of empathy from the rest of the country to such loss is only defeating the basic idea of being ‘integral’.

Also read: Peshawar school massacre: December 16 is not Pakistan's 9/11. It is the lowest of humanity

Post your comment
#Encounter killings, #Militants, #Kashmir, #Pulwama
The views and opinions expressed in this article are those of the authors and do not necessarily reflect the official policy or position of DailyO.in or the India Today Group. The writers are solely responsible for any claims arising out of the contents of this article.