Rushing into a hasty or poorly planned war will not fully avenge Pulwama, nor serve our long-term interests

India must be a rare nation where politicians and not the Service Chiefs get to decide about wars. It's vital now the decision is made with caution, and above public or media pressure to just rush in.

People who are clamouring for war have little idea of what it entails — the enormous damage in terms of human casualties and the setting back of our economy that it will result in.

French Prime Minister Georges Clemenceau stated in 1914, "War is too important to be left to the Generals.”

He led his nation into the First World War — with disastrous consequences and enormous losses of life and property.

However, the Indian saga would be the other way around. A war here would be too serious a business to be left to our politicians, who don't have the foggiest idea of what war means. Also, India has no strategic culture and therefore, every new instance in the Valley — or elsewhere — catches the polity flat-footed. India's Service Chiefs — To strategise and act, or just follow the political and public will? (Photo: Indian Defence Research Wing)

We are perhaps among the few nations in the world that keeps the Service Chiefs out of the planning and decision loops on such serious matters — imagine politicians, bureaucrats and policemen deciding on such a future course of action. We have had so many strikes since 1990 that have been orchestrated on our soil by Pakistan that any other nation would have certainly struck back in no time — effectiveness of any retaliation or reprisal is in its quick timing.

We should have foreseen such eventualities — and had contingency plans in place to deal with such incidents.

Do we? I am not certain.

Our neighbour knows that there will be much breast-beating, noise, bafflement and distortion of facts before anything is done — if at all. And then, when such a strike does happen, it will be used for political one-upmanship — like the much-bandied ‘surgical strikes’, rather than to instill fear in the adversary’s mind. 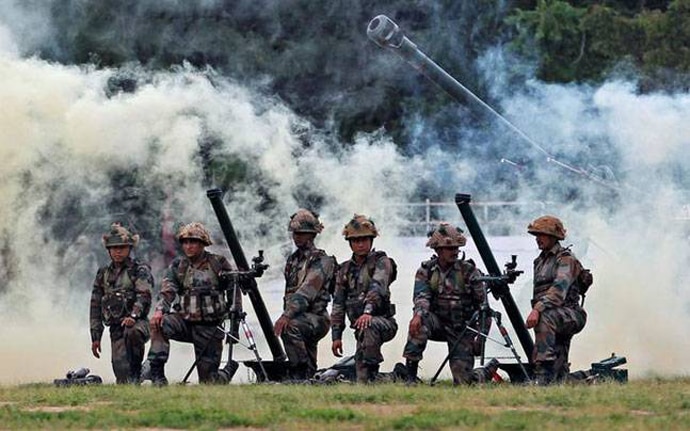 Our next move against Pakistan must be a genuine solution, and not a flash strike for political one-upmanship. (Representational image: Reuters)

In the case of Pulwama, striking at Pakistan or its Army has to be done with precision and thorough planning, keeping in mind the possibility of wider escalation. Then there are other factors — we are at the lowest level of preparedness over years and any hasty, intemperate action could result in greater humiliation than we are seeking to redress. There is also the China angle to be looked at.

We also have to be clear on what is the "end state" that we wish to achieve with the contemplated reprisal — and then plan the inevitable strike at our own time and place of choosing. Cool, calculated thinking and precision is the need of the hour — not sentimental hogwash or the goading of pseudo-nationalist news anchors who haven't spent a day in the military.

Of course every Indian is outraged, angry and emotional, and rightly so. Having public backing is one of the cardinal necessities of waging a war or conflict resolution, as stated by the venerated strategist von Clausewitz. But being pressurised by the media, public or armchair strategists to take immediate action would be foolish.

We also have to look inwards to critically see where we went wrong — faulty/missed intelligence inputs, laxity in movement and the lack of proper and continuous action against militancy. We have to brutally examine how we (the political administration) have allowed an almost contained militancy, supported by proxies from abroad, to escalate to a full-blown "insurrection" by internal elements. Heads must roll because the Indian Forces have lost so many fine soldiers in containing the militancy by 2014. We need to look inwards critically to see where we went wrong in the Pulwama attack. (Photo: Reuters)

The rot, the stone pelting, the disaffection of the populace is a consequence of political appeasement in intervening years. To anyone thinking in the right direction, it must seem bizarre that we chose to snatch defeat from the jaws of victory.

The aim of any inevitable Indian strike or action must be to make the cost of interference in our internal affairs — by the Pakistani Army and ISI — extremely prohibitive.

It will need to be a concerted economic, social and diplomatic effort backed by effective military action as the latter alone will be insufficient to tame Pakistan. There is also no point in just taking out terrorist camps in Pakistan Occupied Kashmir(PoK) since Pakistan has a huge reserve of misguided zealots hungry for jihad available from Afghanistan.

We have also seen that the so-called deadly surgical strikes of 2016 have had no impact whatsoever. If we desire to send a strong message, the ideal would be a strike directly on the JeM headquarters at Bahawalpur using drones or with even greater precision by deep penetration aircraft. But with that, we risk escalating the conflict beyond the confines of J&K, for which Pak may be better prepared in the military sense. They have been upgrading their weaponry and systems thanks to US and Chinese funding.

I am also dead against the use of the word 'martyr' for our soldiers. As I see it, 'martyrs' are people who die for a religious or political cause. Our soldiers die for the sovereignty and integrity of the nation and are either killed, or wounded or missing in action. We already have military terms for this — battle casualty, battle accident, KIA, MIA.

It is the Pakistanis who would feel more comfortable with calling their dead soldiers 'martyrs' or 'shaheed'. We can't let their sacrifice be wasted with a poorly thought-out response. (Photo: Reuters)

In the end, it is the sagacity of our Service Chiefs that will prevail on this demand for hasty action. The Army takes time to mobilise, select targets for effect, plan, then execute. So let's wait and watch what happens — and happen it will.

Also read: Post Pulwama: What India can learn from the terrorist attack

Post your comment
#Surgical Stirke, #Pakistan terrorism, #Indian armed forces, #Pulwama terrorist attack
The views and opinions expressed in this article are those of the authors and do not necessarily reflect the official policy or position of DailyO.in or the India Today Group. The writers are solely responsible for any claims arising out of the contents of this article.