Will Rafale deal be able to dodge the political fusillade?

The requirement of addressing the depleting strength of the Indian Air Force is an issue beyond debate.

India's attempts at equipment acquisition for modernisation of the armed forces have faced charges of graft since the days of the Bofors scam three decades back.

During the tenure of the previous ministry, the then defence minister had cancelled one contract after another and was yet unable to get to the bottom of any one of it and book the culprits. One of his favourite methods was blacklisting of companies. At one stage almost every reputed manufacturer of guns, globally, had been booked leaving no leeway for the army to induct guns for 30 years. 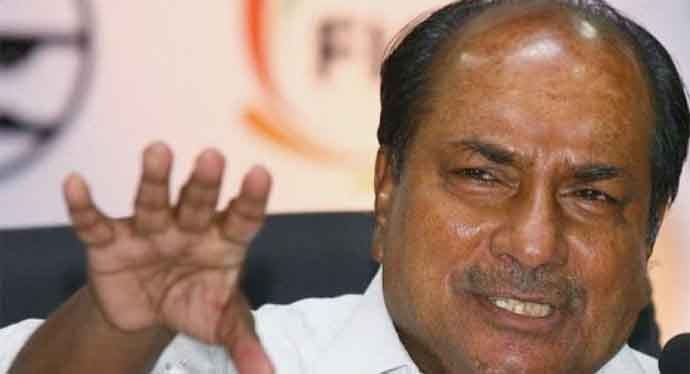 A similar fate had been the narrative for the Air Force. The Medium Multi-Role Combat Aircraft contract has its moorings dating back to 2007. The bids received then were opened in 2011. When the Rafale deal was finally signed between India and France in 2016, the armed forces and the strategic community had heaved a sigh of relief. The Indian Air Force is down to 31 squadrons against an authorisation of 42. However, the no-holds barred methodologies of Indian politics have its tendrils around the contract, strangulating it hard enough to perhaps stall the expected deliveries in 2019.

The first fact that needs to be assimilated is the fact that Rafale was not a normal commercial deal entered with its manufacturer Dassault Aviation of France. It was an inter government arrangement between the French and the Indian governments. Somewhat similar deals have also been executed under the Foreign Military Sales programme of the Americans; a case in point being the 155mm M777 Howitzers of BAE Systems. With the levels of interaction being finally at the levels of two sovereign governments, such deals are considered as the safest methodology possible to avoid grafts in military equipment procurement. Rafale Deal: The overall costs per unit would have reduced had India opted for more numbers. (Credit: reuters photo)

The basic allegations being hurled are focused on the price that we are paying for each of the aircraft bare bone, that is, without its complement of weapons, India specific requirements and additional costs for the maintenance and repair that the French will undertake as part of the deal.

The India specific requirements that includes helmet-mounted display, electronic jammers, operating from airfields at high altitudes; a total of 13 requirements amounts Rs 9855 crore. This expenditure is, however, non-recurring and would have remained a constant had we gone in for 126 aircrafts also. Thus, the overall costs per unit would have reduced had India opted for more numbers.

We have also gone in for Meteor beyond visual range air-to-air missiles and SCALP air-to-ground missiles, which are the best in the class. These missiles were not a part of the old contract. A maintenance contract is also inbuilt in the contract and includes supply of spares and a commitment to maintain serviceability rates at 75 per cent for the next five years.  It would be prudent to recall that the serviceability state of our Sukhois has been a cause for consternation in the past. Higher serviceability state provides a higher capability to the squadrons in their ability to average more sorties per aircraft, per day.

There is also a 50 per cent offset clause that exceeds the norm of 30 per cent for such contracts. Offsets involve expending a laid down percentage of the contract for various stipulated activities in the Indian market. As part of offsets, Dassault has made arrangements with 72 entities for manufacture of various parts that it would source in India. One of these entities is Reliance. As of now there is no evidence to point a finger at the joint venture between Dassault and Reliance Group.

However, our handling of offsets in the past has been below par with billions of dollars worth offsets not executed in time. As and when it’s time for Dassault to start claiming offset credits by actual discharge of offsets, the process will require due diligence. We have the example of offset discharge in the M777 Ultra Light Howitzer deal to go by, and it should be possible to ensure that offset discharge does not get messy. With a huge 50 per cent offset liability, the process of discharge of offsets will also call for close scrutiny.

The maintenance of the Rafale fleet will be the responsibility of Dassault for five years. Provisions for the same have been made in the contract. The contract calls for 75 per cent serviceability, which is as good as can be expected in such contracts. Welcome aboard: IAF chief Air Chief Marshal Birender Singh Dhanoa has come out in favour of the government on the controversial deal. (Credit: Twitter/ANI)

The allegations against the deal have been inconsistent. The prices of the aircraft quoted in the allegations have fluctuated hugely. In fact, a state was reached when the Air Force Chief and Vice Chief both came on record regarding the allegations. The Indian Air Force conducted a seminar to defend the deal. It was a welcome step in a country where politicians don’t realise that senior officers in uniform come into disrepute because of unsubstantiated statements.

As far as the disclosure of the price breakdown is concerned the inter-governmental arrangement lays down certain protocols. As per the statement of the Union Minister Ravi Shankar Prasad, the agreement was entered into during the regime of the previous government. Such restrictions have been applicable in other defence contracts during the regimes of other ministries too.

Notwithstanding the Rafale deal as such, the tendency of our current day political leadership to take every issue that could garner public attention to the streets has repeatedly proven detrimental for our defence preparedness.

The requirement of addressing the depleting strength of the Indian Air Force is an issue beyond debate. The fact also remains that the two squadrons of Rafales address a critical capability gap that Indians have.

In fact, only two squadrons are hardly adequate to redress the dearth in numbers of fighter aircrafts. Should we want the Air Force to be a deterrent factor, early conclusion of the MMRCA contract for 110 aircraft, recently approved by the government, should be our next focus.

Hopefully, the current government will not baulk in the face of all the din that is part and parcel of the Indian tradition nowadays.

Post your comment
#Nirmala Sitharaman, #Ak antony, #Defence Ministry, #Rafale Deal
The views and opinions expressed in this article are those of the authors and do not necessarily reflect the official policy or position of DailyO.in or the India Today Group. The writers are solely responsible for any claims arising out of the contents of this article.