The cover story explores strategic partnership between India and France.

The world is going through a great churn, with France becoming the dominant nation in a Europe where Britian’s departure is imminent and a much-weakened Angela Merkel has begun a fourth term as German chancellor.

The 40-year-old French president Emmanuel Macron, a surprise winner of the French presidential elections last year, is charismatic, ambitious and hungry for a bigger role for France in a world where America is retreating, Russia is belligerent and China is in an expansionist mode.

India and its democracy suit France, and when Macron met Prime Minister Narendra Modi in Paris for lunch on June 3 last year, they found an instant camaraderie. Added to this is the historic relationship between two great intellectual powers of the East and West. This has encompassed indivi­dual friendships as between Romain Rolland and Rabindranath Tagore, André Malraux and Jawaharlal Nehru, Jean Renoir and Satyajit Ray, as well as the big cultural exchange of 1984, with L’Annee de L’Inde in France, kicked off by then premier Rajiv Gandhi and French president Francois Mitterrand. 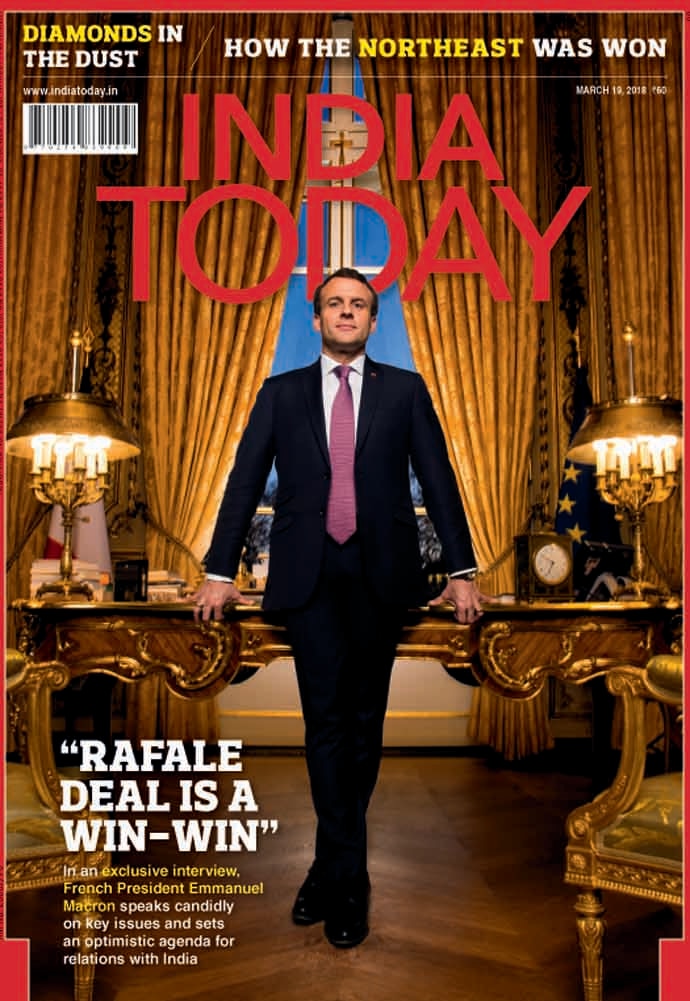 It was the brainchild of Catherine Clément, French philosopher and wife of long-time ambassador to India, André Lewin. It was followed by the Year of France in India in 1989 - also the 200th year of the French Revolution.

But 1998 was the turning point in the strategic, political and economic relationship between the two nations. President Macron is visiting India in a milestone year. Two months from now, India will commemorate the 20th anniversary of the Pokharan-II nuclear tests. This is also the year that India and France are celebrating the 20th anniversary of their strategic relationship. The two are not unconnected. The strategic partnership was inked in Paris by president Jacques Chirac and prime minister Atal Bihari Vajpayee just five months after the nuclear tests in 1998 and came despite the international opprobrium that followed.

France’s refusal to join the western world in imposing sanctions against India was well received by New Delhi. The strategic partnership was France’s biggest endorsement of a nuclear India.

Over the years, France has become one of the strongest votaries of India’s entry into exclusivist clubs like the UN Security Council. When the Indo-US nuclear deal in 2008 ended India’s 34-year isolation from the international nuclear supply market, France was the first country to sign a civil nuclear deal with the country.

Nuclear energy is one of three pillars that the strategic relationship rests on. Space technology and defence ties are the other two. France has been India’s biggest space partner over the past 50 years, helping it launch a spectrum of rockets. It is one of the top five exporters of military hardware to New Delhi supplying Rafale combat jets and Scorpene submarines.

The defence relationship is poised to get another boost - an agreement in the works for Indian naval warships to use French naval bases in the Indo-Pacific could enhance their strategic reach through the Indian Ocean region particularly at a time when New Delhi is concerned about China’s forays into its maritime backyard. The International Solar Alliance comprising 121 countries was jointly launched by India and France in 2015 and aims at weaning developing countries away from fossil fuels and towards sustainable solar energy.

It is possibly a fourth pillar of Indo-French cooperation.

Our cover package has a series of stories and expert columns that span all these areas of common interest. It also includes an exclusive interview with President Macron at the Élysée Palace by group editorial director Raj Chengappa. This is one relationship that seems intent on going from good to grande.

Also read: Why India Today Sex Survey 2018 focus is on Indians having sex at workplace

#Emmanuel Macron, #Rafale Deal, #India-France ties
The views and opinions expressed in this article are those of the authors and do not necessarily reflect the official policy or position of DailyO.in or the India Today Group. The writers are solely responsible for any claims arising out of the contents of this article.