Rafale: The deal is kosher, politics over it is not. The price we are paying is national security

The political ambitions of a few could potentially derail the Indian defence purchase mechanism for a long time to come. This will delight our nation's adversaries.

After a quiet of some weeks over this, the controversy over the Rafale deal has picked up once again. It is time to put this in perspective here.

Rafale is not like Bofors or St Kitts, which had money and paper trails. Rafale has no money trail — because money did not change hands. The paper trails are only conjectures, and allegations of corruption at the top are figments of imagination. There is considerable media hype about Rafale, but there is an alternative truth away from mainstream media.

The Rafale is a world-class aircraft — and it is just what the Indian Air Force urgently needs. It is already at least a decade overdue, thanks to the delaying tactics of the previous government. Maybe they were under some compulsions that prevented any decision, and the country’s security therefore took a back seat. 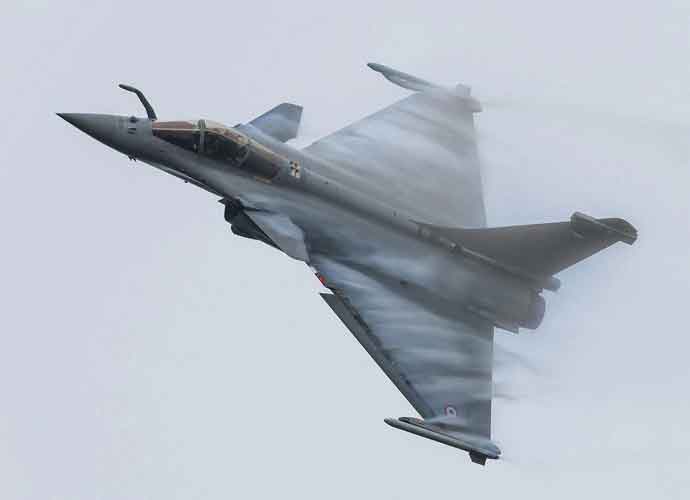 Rafale is a world-class aircraft. And our Air Force is still waiting for it. (Photo: PTI/file)

Prior to the last fortnight's events, the recent farcical debates about the Rafale deal in the Lok Sabha were not about public interest or to delivering any common benefit. They were apparently more about seeking revenge and fulfilling fading personal ambitions.

Many see the next election as their last chance to take back the throne of Raisina; good governance is not the aim. The poor must remain poor. The illiterate must remain so, and the sick and unwell have no right to good healthcare.

Today, the narrative of Rafale ‘corruption’ has thus replaced the earlier narrative of secularism and garibi hatao (eradicate poverty).

Narratives do not have to depend on truth. But, more than anything else, democracy and national security are being jeopardised at the altar of the political ambitions of a few.

Much has been made of the Rs 30,000-crore offsets and the endlessly repeated allegation is that this money was handed over to one industrialist. Since there are about 100 Indian entities who would be participating in manufacturing the aircraft, which itself has four French partners, the offsets due to each of the Indian manufacturers will be much less. The payments will be from this corpus set aside, and available only after due process.

It is unfortunate that sections of the media meanwhile chose to dramatise a file noting that was only partially displayed, reportedly cropping the final remarks of the defence minister on the same page. This regular deluge of our secret reports must be worrisome. Surely, the government will be looking into this to determine how and where these leaks were even taking place, but that is a separate issue. Those doing this realise that the stakes are very high for everyone, including those who were leaking the documents. The initiator of the note was a deputy secretary. It is common knowledge that there are several levels above a deputy secretary, who will usually record their comments, agreeing or otherwise. In this case, the note ended with the Defence Minister.

Thus, what the deputy secretary writes is not gospel. Whenever there is an issue that involves more than one ministry, and is of considerable importance, the PMO is a useful place to sort out matters and keep all involved on the same page. The PMO would be the natural coordinator in this case.

There have also been uninformed references to sovereign guarantees relating to India and France. It would be useful to see Para 71 of the document Defence Procurement Procedure 2013, which states, “There may be occasions when procurements would have to be done from friendly foreign countries which may be necessitated due to geo-strategic advantages that are likely to accrue to our country. Such procurements would not classically follow the Standard Procurement Procedure and the Standard Contract Document but would be based on mutually agreed provisions by the Governments of both the countries. Such procurements will be done based on an Inter Government Agreement after clearance from CFA.”

The Rafale deal was an inter government agreement. This 361-page document elucidates further procedures in detail.

In this controversy, there seems to be a dangerous coalition of inimical forces and armaments middlemen who mostly do shady deals.

If the practice of the present government succeeds, then these ‘businessmen’ are going to be out of business for a long time.

But this needless and coarse bickering could lead to the collapse of the Indian defence purchase mechanism — and our adversaries would be delighted.

Original manufacturers of military equipment will be wary of doing deals with India.

More than that, the attacks on our institutions, or doubting their credibility, will do them irreparable damage.

The Supreme Court’s verdict on the Rafale issue was that there was nothing incorrect in the pricing and procedures, but this was not acceptable to the Opposition. 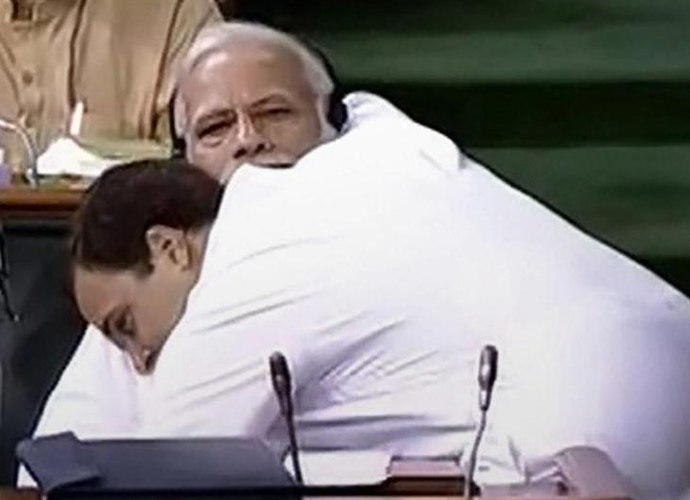 Theatrics is not reasonable, responsible debate — there is a time and place for both. (Photo: Twitter)

Reasonable debate in Parliament has been replaced with invective and disrespect for the Prime Minister. The Comptroller and Auditor General’s recent report on Rafale was described as not worth the paper on which it was written. Constant jibes at the Armed Forces compelled the Air Force chief and his deputy to intercede and explain why the deal is kosher. Despite endless clarifications by the chief negotiator of the Indian negotiating team, including one to Bharat Shakti, the campaign has continued, disregarding all reasonable evidence.

The French President had clarified and separately, the chief of Dassault too has done a lengthy TV interview.

Finally, the Office of the Prime Minister is an important and useful part of our system, and attempts to damage this would damage the entire system of governance.

A hug and a wink do not make for smart politics. The other tragedy is that the Opposition has now boarded a train that hurtles downhill without a driver and brakes.

So, what price security?

Also read: We may never know whether there has been any corruption in the Rafale deal