How Rafale verdict proved to be a win for India

India is the only country where so many hurdles can be put in defence deals - it took only three months for Egypt to buy 24 Rafales in 2015.

The second week of November 2019 will be a marquee event in the annals of the Indian judiciary. Several important, long-pending issues were decided by the Supreme Court of India led by CJI Ranjan Gogoi (retd).

On November 9, the Supreme Court (SC) delivered a final settlement on the 70-year-old Ayodhya dispute in an important turning point for the nation. The judgment on the Rafale deal also has immense implications for the country's future, hopefully, creating a precedent and putting an end to politicians needlessly playing with the preparedness of the armed forces.Hurdles cast aside

"The Supreme Court has categorically rejected the review petitions filed subsequently against the order on merits bringing to a close an exercise of vilification and casting doubts on the defence acquisition process which has an adverse impact on the morale of the security forces," said a communiqué from the ministry of defence (MoD). 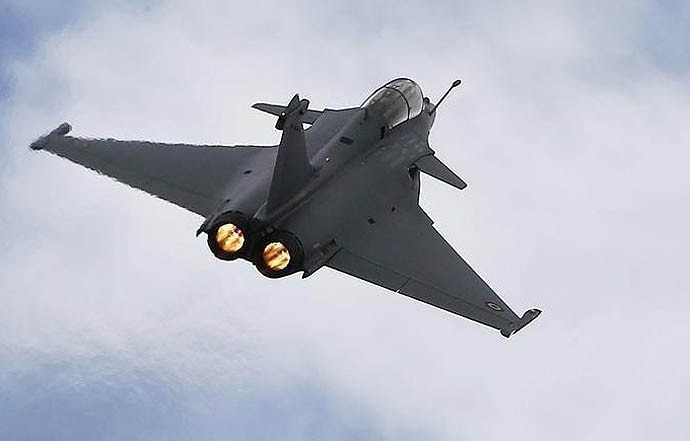 The judgment on the Rafale deal will hopefully put an end to politicians needlessly playing with the preparedness of the armed forces. (Photo: Reuters)

"It does appear that the endeavour of the petitioners is to construe themselves as an appellate authority to determine each aspect of the contract and call upon the court to do the same," the communiqué read, citing the court.

The court also said that one cannot compare apples and oranges, meaning only a simpleton can compare what is not comparable (moreover the choice of fighter planes is highly technical and tactical). Apart from the 'victory of truth', the judgment is, first and foremost, a victory for the Indian Air Force (IAF). After the Balakot airstrikes, then Indian Air Force Chief BS Dhanoa, while analysing the outcome of the operations, asserted that the results would have been further tilted in India's favour if the Rafale jets had been inducted in time: "We had technology on our side, and we could launch precision stand of weapons with great accuracy," he said.

"In the proposed induction of the Rafale and S-400 surface-to-air missile system, in the next two-four years, once again the technological balance will shift in our favour," he added.

Unfortunately, many politicians do not look at the country's interests today. In this context, let us take a look at the history of the 'deal'.

While the initial request for information (RFI) for 126 Medium Multi-Role Combat Aircraft (MMRCA) was issued in 2001, the Request for Proposal (RFP) asking interested parties to come forward, was only publicised in 2007; then the 'complications' started. Only in January 2012, after a five-year competitive process, was Dassault selected to supply 126 planes to the Indian Air Force (IAF). This took 11 years, but the saga was far from over. Of the 126, 18 planes were to be manufactured by Dassault in France, while the remaining 108 planes were to be built in India by Hindustan Aeronautics Limited (HAL), under a Transfer of Technology (ToT) agreement; an impossible task.

Then, Modi sarkar decided to immediately get 36 fighter planes. Now, the court has clearly shown that L'Affaire Rafale only benefitted a few disgruntled politicians seeking political mileage during the Lok Sabha campaign. Without the court's intervention, each and every defence deal would have continued to be twisted for the personal gains of a few individuals. It is a fact that unfounded allegations managed to stall the entire defence procurement for the IAF. In January 2018, the MoD issued an RFI to procure 57 MCRA for India's new aircraft carrier: "Intended as day-and-night capable, all-weather, multi-role, deck-based combat aircraft which can be used for air defence, airto-surface operations, buddy refuelling, reconnaissance." This was put in hibernation due to the 'case'.

In April 2018, a new RFI for the purchase of 114 new jets was notified. Under the proposal, 18 jets would come in 'a flyaway condition. The rest were to be produced in India under the new 'strategic partnership' policy, ie, a joint venture between the selected foreign aviation major and its Indian partners. This was frozen pending litigation.

To make things worse, the IAF needs to decommission its MiG 21s and MiG 27s fighter aircraft (purchased from Russia in the 1960s) by 2024. "The planes will be phased out on completion of their Total Technical Life (TTL) by 2024," the MoD said. However, the usual (non-political) 'delays' for procuring replacements, left India no choice but to extend the TTL of the MiG-21s by upgrading their turbofan engines, radars or avionics. This process cannot be extended forever.

Let us not forget that presently the IAF has only 31 flight squadrons as against its requirement of 42 to face two fronts. With the phasing out of the MiGs, it will be left with only 15-16 flight squadrons.

Undoubtedly, India is the only country in the world where so many hurdles can be put, often for fallacious reasons, in the defence procurement process - it took only three months for Egypt to buy 24 Rafales in 2015.

The 36 Rafales could have become a precedent to question each and every defence acquisition — by going to court. Now the air has been cleared. Ultimately, it is India's defence preparedness and the IAF which suffered; the SC verdict has rectified this, though the culprits have not been punished. Because who was laughing in the end? China and Pakistan.

Also read: Rafale controversy: A lie travels halfway around the world while the truth is putting on its shoes

#Indian Air Force, #Defence procurement, #Rafale scam, #Rafale
The views and opinions expressed in this article are those of the authors and do not necessarily reflect the official policy or position of DailyO.in or the India Today Group. The writers are solely responsible for any claims arising out of the contents of this article.