When Rafale didn't fly: Over-attention to one issue has proven to be a bad political investment for Congress

With a 63.5% voter turnout in the fifth phase of Lok Sabha elections 2019, the 17th General Election is reaching its tail end.

There are innumerable lessons to take from this particular election.

The most important draws from the poll campaign of Congress president Rahul Gandhi — and how he missed the main agenda of unemployment, education, strengthening the health care system et al, and rather focused all his political energy on Rafale — which was a lousy political investment. No, it never took off: Rahul Gandhi's attempts to corner the BJP govt over Rafale proved to be a damp squib. (Source: AP)

RaGa wasted precious hours of Parliament on the issue which has not brought the party any dividends. Parliament is where issues that matter in national politics are taken up for intense discussion and debate. When an issue is brought up in Parliament, it gets national attention — despite raising the issue in the House though, the Congress failed to convince people of the charges of corruption it made against Prime Minister Narendra Modi.

The Congress kick-started its formal campaign for the 17th Lok Sabha polls from Modi’s home turf on March 12. The main narrative pushed by Rahul Gandhi again revolved around an alleged scam in the Rafale deal which caught the present government off guard initially. The government, however, found its feet in no time and obtained a clean chit from the Supreme Court at the time.

Realising its mistake by pushing the narrative, the Congress tried to switch its political energy to jobs and rural distress — the promise of the NYAY (Nyuntam Aay Yojana) scheme was introduced by the Congress to cover up for the losses it suffered due to talking about Rafale. However, it was too late to undo the damage caused to their electoral narrative by now. 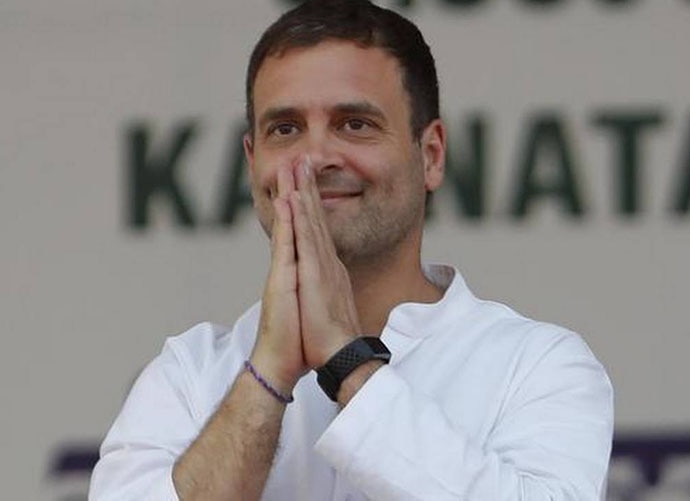 Missing the Pulse: Rahul Gandhi wasted time over an issue that found little resonance among the people. (Source: PTI)

The fifth phase of the seven-phase election is over — and the Congress now faces an unenviable task. The focus Congress gave to short-term considerations may actually help the BJP achieve a huge rise in its seat tally.

Rahul Gandhi’s Rafale reiterations — at the cost of issues that would have mattered to people, especially the youth — has given a leeway to BJP’s political campaign. The Congress has inadvertently let BJP’s campaign run and reach the general masses.

And, of late, the Congress has engaged in so much political mud-slinging that it has besmirched its own image. The narrative of ‘Chowkidar chor hai’ has actually harmed the Congress more than it could dent Modi’s or the BJP’s image. Past experience shows negative campaigning cannot achieve great success. The Congress president throughout the campaign looked more concerned about denting Modi’s image rather than improving his own.

This is one of the most negative campaigns an opposition party ever ran. The failure of the Congress to weave all missteps of the incumbent government into a cohesive narrative has certainly exposed the fact that the party lacks cohesive energy. The decision of NYAY was clearly taken in haste, with no particular thought on its implementation, workability and affordability. It left even the working class uncomfortable as it created a ludicrous incentive for not working.

Rather, solid plans for jobs, employment and medical facilities would have looked more promising — but Rahul Gandhi failed to respond to the palpable public disquiet. At this critical juncture of Indian politics, the Congress needed a strong statesman who could understand the issues of common people and turn that into a solid campaign. Instead, the party miserably failed to tap the latent potential of their diverse leadership by banking only on Rahul Gandhi.

In all fairness, it is easy to conclude that the Congress let the BJP offer a unified and consistent narrative to the people.

There are no guarantees that the Congress leadership will be able to explain itself, not just to its own ranks but also to the electorate.