Amid political blame game, the IAF suffers and will continue to suffer.

A lot of ink has recently flowed over the Rafale (‘gust of wind’ in French) planes, but to understand the issue, it is necessary to go back a few years.

In February 2013, during the biannual Aeroshow at Yelahanka in Bangalore, the main topic was the supply of 126 Rafale fighter planes by Dassault Aviations to the Indian Air Force. Observers felt Antony continued to live in the Soviet era where the defence industry must be owned by the state. (Photo: India Today)

During a press conference, AK Antony, the then defence minister, was categorical; he did not want to hear about a private player in the deal.

Observers felt that Antony continued to live in the Soviet era where the defence industry must be owned by the state.

If Boeing, Dassault, Safran, Lockheed-Martin or Rafael of Israel are able to serve their respective countries well, why can’t the Tatas or Reliances and others do so in India?

Two points need to be noted.

First, the association between Reliance and Dassault predates the arrival of Modi at the Centre (though at that time, the collaboration was with Mukesh Ambani, and not Anil as today) and second, why did Dassault select Reliance?

Simply because the French companies (with Thales for the avionics and Safran providing the engine) needed a strong Indian industrial group which could facilitate the transfer of technology and help manufacture the fighter planes in India; none of the industrial players had ‘experience’, mainly due to the ‘socialist’ policies of the government.

The situation is different today.

In the new deal, there is no transfer of technology, though there is an offset component. Some 50 per cent of the entire contract needs to be reinvested in India; it explains why an Indian partner is required for Dassault.

In 2015, the negotiations between Dassault and HAL had reached an impasse when PM Narendra Modi unlocked the situation; on April 9, he looked into the possibility to purchase 36 planes ‘off-the-shelf ’.

It was a pragmatic move. While dropping the former framework, India considered primarily the national interests and the IAF’s ‘critical operational necessity’.

The details, obviously secret, were contained in several thousand pages of the inter-governmental agreement. It would give a breathing space to the IAF (which has been systematically and sadly forgotten in the present debate). 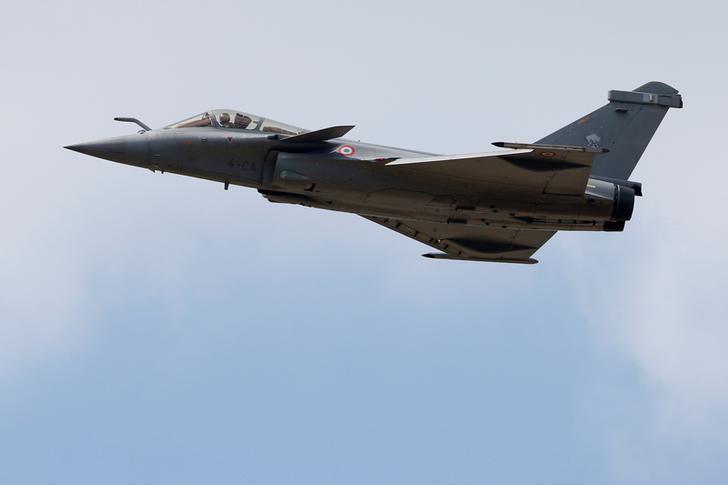 The association between Reliance and Dassault predates the arrival of Modi at the Centre. (Photo: Reuters)

The saga started in 2001 and could have lasted decades more if Antony’s MMRAC (medium multi-role combat aircraft) formula had been stuck to. Air Marshal BK Pandey, one of India’s best experts, explained: “Dassault lacked confidence in the capability of Hindustan Aeronautical Ltd (HAL) with respect to Quality Standards, Time Lines and Cost, the OEM (Original Equipment Manufacturer, i.e. Dassault) was not prepared to partner with HAL and risk their reputation.”

The Congress tweeting “chor, chor” every day, without any understanding of the situation and without proof to corroborate the accusations, raises a serious question: can an issue of supreme national importance be discussed on the public stage via Twitter?

The normal course would be to let the CAG find out if there is indeed a scam. Why can’t the CAG be trusted to meticulously go through the details of the inter-governmental deal?

But with the elections approaching, ‘national interests’ are shelved. In any case, politicians do not care much for such niceties; they want quick political gains. Unfortunately, the present ‘debate’ may jeopardise future defence procurements.

In April, the defence ministry issued a Request for Information (RFI) for the purchase of 114 new jets. Under the proposed scheme, 18 jets will come in ‘a flyaway condition’ (like the 36 Rafales); the rest will be produced in India under the new ‘strategic partnership’ policy, i.e., a joint venture between the selected foreign aviation major and its Indian partners. It is feared that the present noise around the 36 planes from France could be a precedent to question each and every defence acquisition.

Air Marshal Pandey feels that there is an apprehension “that the fresh move termed as MMRCA 2.0 could meet with the same fate (as the present deal). This will be a big disaster for the IAF which will be left with no choice but to depend largely on the LCA Tejas and the AMCA (Advanced Medium Combat Aircraft, a hypothetic HAL project) if it does become a reality.”

It was apparently later denied by Hollande, with AFP reporting that during a visit in Canada, Hollande declared that he was unaware and “only Dassault can comment on this”.

In the meantime, the harm was done, though the Indian and French governments, as well as Dassault, categorically denied any truth in Hollande’s first statement. The French press reported that it was linked to funds received from the Ambanis by Hollande’s girlfriend. Though in France nobody takes Hollande very seriously, even as President, he had the lowest approval rate that a French leader has ever had, the Indian politicians jumped on the occasion.

Ultimately, it is India’s defence preparedness and the IAF, which suffers and will continue to suffer. But the problem is that many politicians seem not to care much for India’s interests. And who is laughing today? China and Pakistan.

Post your comment
#Narendra Modi, #Defence Ministry, #IAF, #Rafale scam
The views and opinions expressed in this article are those of the authors and do not necessarily reflect the official policy or position of DailyO.in or the India Today Group. The writers are solely responsible for any claims arising out of the contents of this article.