If an inexperienced Rahul Gandhi can take over the party’s top job, why not the others?

Seventy-two-year-old Kamal Nath has been given preference over 47-year-old Jyotiraditya Scindia for the top job in Madhya Pradesh. In Rajasthan, Congress president Rahul Gandhi has picked 67-year-old Ashok Gehlot over 41-year-old Sachin Pilot.

The united colours of Rajasthan! pic.twitter.com/D1mjKaaBsa

The two most powerful warriors are patience and time.- Leo Tolstoy pic.twitter.com/MiRq2IlrIg

It is one thing to project the grand old party as a champion of the youth — quite another to walk the talk and hand over the leadership of India’s states to its youths.

It is Kamal Nath’s experience reportedly that gave him the edge over Scindia. For a party headed by a 48-year-old man, with zero experience of single-handedly building the party’s organisational structure in any state of India, to now give ‘weightage to experience’ over young energy is as hypocritical as it can get. The case in Rajasthan is just the same.

Pilot has been ignored, despite doing great work relentlessly on the ground ever since he was appointed Rajasthan Congress chief.

Despite the Gujjar community coming out in the open to throw its weight behind Pilot, Gandhi has given the CM’s chair in Rajasthan to Gehlot, making it amply clear that all the tall talk of the Congress being 'a party of the youth' was just hollow posturing — a Congress jumla — to win youth support.

India’s youths are more politically aware and mobilised than ever before today. They are not only participating in social media debates on political issues but also turning to vote with unforeseen enthusiasm.

The streets of Indian towns and even of its villages are full of 20-somethings. Half of the country’s population is under the age of 25. Two-thirds are less than 35.

A 2017 Bloomberg News analysis pointed out that India is likely to have the world’s largest workforce by 2027. 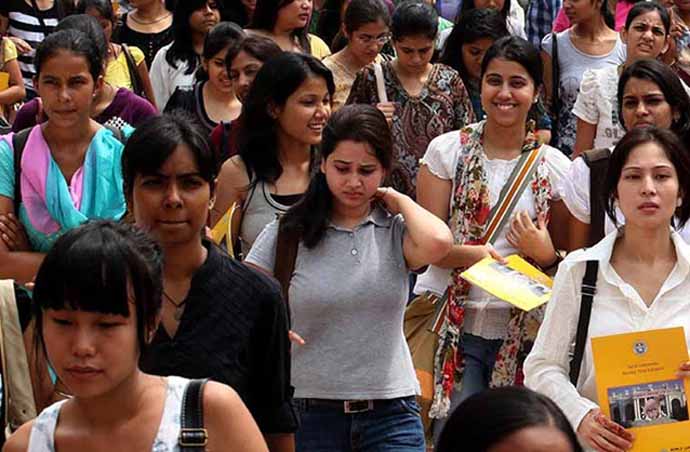 Half of the country’s population is under the age of 25. (Source: PTI)

Rahul Gandhi may be unaware of some things about India, but he sure is aware of the importance of India's young. He speaks to and of them often in his rallies.

Why is it then that he is shying away from handing over leadership roles to them?

If an inexperienced Rahul Gandhi can take over the party’s top job, and then gradually try to learn the tricks of the trade on the job, why not the others? At least the ones whose track record of performance is better than the party president's himself?

Is Gandhi ‘insecure’ of the young Turks? Is he trying to keep them in check so that they don’t pose any formidable challenge to his undisputed hold over the party — one that saw him get ‘elected’ unopposed as Congress president?

Both Pilot and Scindia have seen their fathers, Rajesh Pilot and Madhavrao Scindia, work tirelessly for the party, much like Rahul’s father, Rajiv Gandhi.

They then worked hard in their respective states to strengthen the Congress with whatever little power the party divested in them. Why is it that Rahul doesn’t find their experience worthy enough of being given greater responsibility now?

In denying Sachin Pilot his due, Rahul also risked the ire of Pilot's community members, who number around 60 lakh in Rajasthan.

And Jyotiraditya has been denied the CM’s chair in a state where youths account for almost 47 per cent of the population. 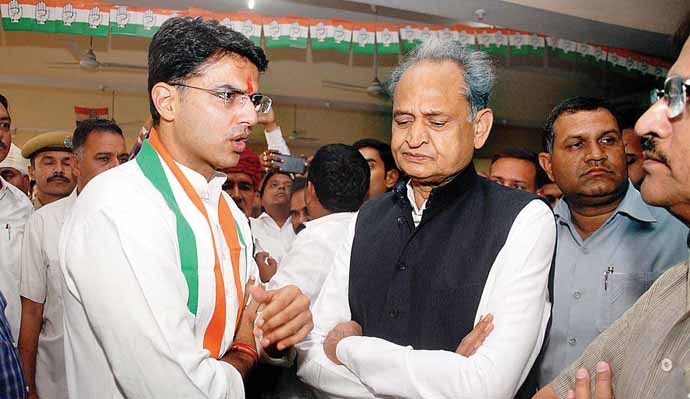 Sachin Pilot worked hard on the ground ever since he was appointed state president. (Source: PTI)

Are Jyotiraditya and Sachin only going to stand around in Parliament, ensuring others remain silent as Rahul Gandhi addresses the House, rooting for him as he 'hugs' and 'winks at' other Parliamentarians?

Can they not aspire to be Congress president one day?

Or the Prime Minister of the world’s largest — and most youthful — democracy? 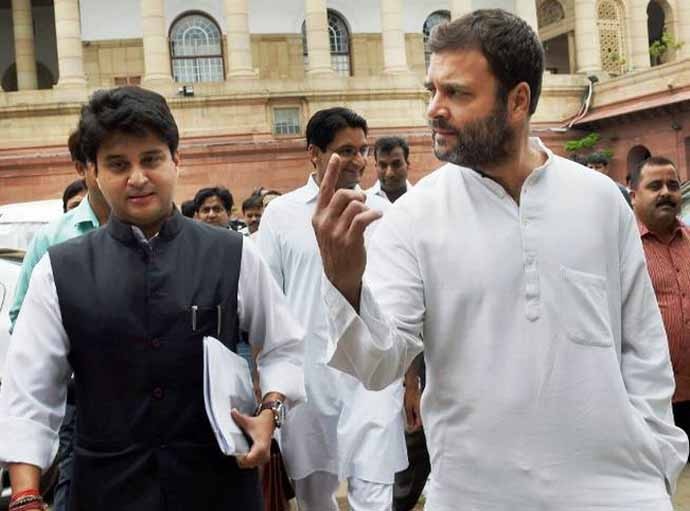 Is Rahul Gandhi trying to ensure the young will always play second fiddle to him in the party?

The world today is faced with newer challenges of jobs being lost to the emergence of artificial intelligence, of cyber security, of expressing ones unique sexuality, of cyber-terrorism among other things. The old guard of all parties, Congress and BJP included, have shown scant understanding of these challenges — and least of all, the will to do something about them.

Will personal insecurities ensure we don’t get the leaders we deserve to solve these immediate challenges?

Such a disappointment for young India!

#Sachin Pilot, #Jyotiraditya Scindia, #Assembly election results, #Rahul Gandhi
The views and opinions expressed in this article are those of the authors and do not necessarily reflect the official policy or position of DailyO.in or the India Today Group. The writers are solely responsible for any claims arising out of the contents of this article.