Will Rahul Gandhi continue with his freshly discovered Hindu identity?

The Gujarat election results have underlined several existing realities, exploded a number of myths, exposed hidden warts of our "secular" democracy, and indicated the direction the polity will possibly take in the near future.

Fact one: Prime Minister Narendra Modi’s connect with the electorate continues to be unmatched, in spite of the hiccups caused by demonetisation and GST. His credibility with the voters is still high.

Fact two: Rahul Gandhi, dismissed as a non-serious player of Indian political scene hitherto, has emerged as the sole formidable Opposition voice against the ruling dispensation and also as a leader with a lot of flexibility, bordering on, at times rank opportunism. Fact three: Rahul Gandhi was known as a religion-neutral politician so far.

The Gujarat elections suddenly turned him into a temple-hopping Hindu, visiting 27 of them in over two months. While he himself claimed to be Shiva devotee, his party colleagues declared him a “ janeudhari Brahmin”. Above all, not once did he wear the skull cap.

Fact four: Allegations about EVM tempering are not being repeated, and the credibility of the Election Commission is no longer being questioned.

Fact five: Rahul’s devout Hindu avatar is out of sync with the conduct of his senior party colleagues and newfound allies. Kapil Sibal, a noted lawyer and a former UPA minister, vehemently opposed the hearing of petitions against the Allahabad High Court judgement in the Babri-Ramjanmabhoomi case by the Supreme Court. By implication, the Congress wants the issue, pending in the apex court for the past seven years, to hang indefinitely. Will the Shiva-bhakt Hindu in Rahul order his party, which he now heads, a course correction on this issue?

Another camp follower of Rahul, young Jignesh Mevani, an articulate Dalit leader from Gujarat, has been busy manufacturing Dalit angst against the rest of the Hindu society. In a recent press interview, Mevani called for a joint alliance of the Dalits and Muslims.

Does the Congress subscribe to Mevani’s diabolical agenda? Is it "secular" to call upon a section of people to join hands on the basis of caste and religion? What is Rahul’s take on this?

Alpesh Thakore, a self-proclaimed OBC leader, and Hardik Patel, claiming to be the sole voice of powerful Patidars, are new foot soldiers of Rahul in Gujarat. The three — Mevani, Thakore and Patel — are brazenly seeking to divide Hindus along caste lines. The icing on the cake was a letter written by Thomas Macwan, Archbishop of Gandhinagar, on the election eve, to his colleagues in the Church, in which he said: “Let us trust in our Lord Jesus and ask His help” to stop “nationalist forces” who “are on the verge of taking over the country”. 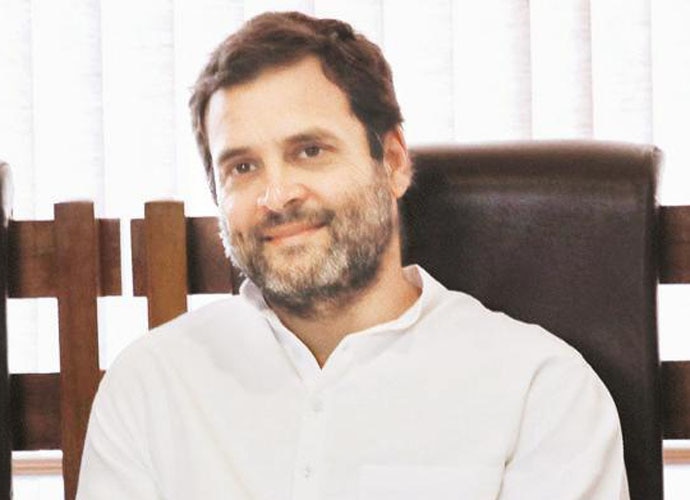 The Bishop’s appeal was subtle but clear enough to tell the faithfuls to defeat the BJP — and by implication help the Congress win. The Bishop’s missive brazenly invoked religion and recalled the victory of Lepanto, a battle fought in Europe about 500 years ago.

The battle of Lepanto was fought on October 7, 1571, when a fleet of "Holy League", smashed the fleet of the Ottoman Empire in the Gulf of Patras. The "Holy League" was a coalition of European Catholic maritime states arranged by Pope Pius V. The Bishop’s reference to Lepanto and his use of word “nationalist” in derogatory sense underline an ugly reality: That the Church still suffers from a colonial mindset.

The archaic times the Bishop has referred to saw a series of wars between the Catholic Church and emerging Protestant movement all over Europe. Thousands died in these intra-religious wars and countless hapless men and women were burnt at the stakes for alleged heresy or fell victim to merciless torture at the hands of inquisition teams active with the two denominations.

The battle of Lepanto had claimed between 37,000 and 38,000 lives. The Bishop is celebrating the 500-year-old war because against 30,000 odd Turks, the number of Christians killed was one fourth, just about 7,500 and the forces of Church had emerged victorious in this inter-faith war. All this bloodshed was in the name of faith. What message does this illustration from history hold for the believers in the present context? Mark the hypocrisy of the "secular" cabal. None took umbrage over the blatant misuse of faith in an electoral battle.

The word "nationalist" has different connotations in India and Europe. For all great sons of India, from Mahatma Gandhi to Atal Bihari Vajpayee, being called a "nationalist" was always a badge of honour. In the Indian context, the opposite of the term is “anti-national”. Who drafted the Bishop’s directive to the faithfuls? Not possibly an Indian hand. Maybe the draft came from abroad.

The Gujarat polls are over. Will Rahul continue with his freshly discovered Hindu identity with the verve he had shown during the elections? Or was his posing as “janeudhari Brahmin” merely for elections? How will he reconcile the divisive agenda of his friends like Bishop Macwan with that of a “nationalist” Hindu that Rahul has declared himself to be? We will have to wait and watch.