Can Rahul Gandhi be the Justin Trudeau of India?

He needs only one election victory to prove himself.

Rahul Gandhi is probably the most underrated Indian politician of this decade. Indian media loves to deride him. They ignore the content of his speeches and focus only on style. Rarely does he receive a positive headline in national newspapers. Better not to talk about the way many lampoon him in social media.

Media, commentators and critics expect Rahul Gandhi to speak, act and behave in the same manner as Narendra Modi. They want him to be a Modi clone, but he steadfastly refuses to bite that bait.

He does not run after party positions, avoids personal attacks against the Opposition and openly admits that he does not have all the answers. Furthermore, he does not compromise with his annual vacations.

Rahul Gandhi’s opponents never miss any opportunity to poke fun at his privileged upbringing. Modi calls him "shehzada" (prince) while contrasting his own "chaiwala" background.

It is another matter that Modi’s lifestyle, language and demeanour have produced a column industry comparing him with the US president-elect, billionaire businessman Donald Trump.

Similarly, in the past, a handful of publications outside India (Canada’s The Globe and Mail, Pakistan’s Dawn) had tried to find similarities between then Canada’s PM aspirant Justin Trudeau and Rahul Gandhi.

The surprise victory of Trudeau in Canada’s general election in 2015 has brought that comparison to an end. Trudeau has become the darling of liberals around the world, while Rahul Gandhi is still in the process of being taken by political analysts as a serious contender for India’s top job.

Trudeau and Rahul Gandhi are products of powerful political dynasties, and both men with boyish handsome looks have long been expected to lead their respective countries. Both are almost of the same age and educated at prestigious universities.

Trudeau went to University of British Columbia and McGill University, while Gandhi was educated at Harvard University and Cambridge University. Both have also experienced a fair share of huge personal tragedies. While Trudeau lost his brother in an avalanche, Gandhi’s father and grandmother were victims of political assassination. 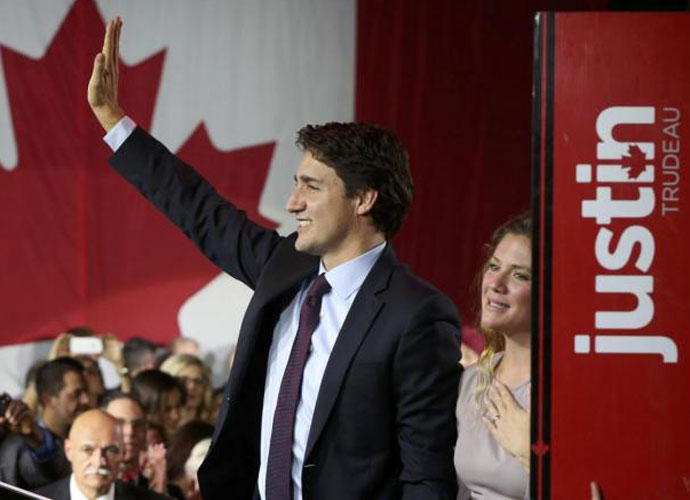 Justin Trudeau and Rahul Gandhi are products of powerful political dynasties, and both men with boyish handsome looks have long been expected to lead their respective countries. (Photo: Reuters)

The difference between these two fine gentlemen is that while Trudeau led his Liberal Party to an impressive victory, becoming the second youngest PM of Canada in 2015, at the same time, under Rahul Gandhi’s leadership his Congress party lost the general election in 2014, miserably.

The surprise loss of Canada’s strongman and incumbent PM Stephen Harper in 2015 - who like Modi had never left any opportunity to deride his young and inexperienced opponent for his privileged upbringing, administrative "immaturity" and even his hairstyle - forced political pundits to eat their words.

Nothing succeeds like success. One election result has forced experienced administrator and friend of big business Stephen Harper to retire from active politics, while catapulting Trudeau from being treated as a political novice to not only being seen as the undisputed leader of Canada, but also as a leader of huge global standing almost in the same category as Barack Obama.

Rahul Gandhi to cement his position as an effective and powerful political leader is in search of that critical electoral victory. His grandmother Indira Gandhi was once ridiculed as "goongi gudiya" and his mother Sonia Gandhi as a "foreigner".

That perception changed dramatically with their impressive electoral victories. In a democracy, voters ultimately decide their leaders. Fortunately, leaders are not chosen by the Opposition, nor by TV anchors and political commentators.

Trudeau, like Rahul Gandhi, was being consistently criticised by his opponents within and outside his own Liberal Party for his perceived lack of substance and clarity on policy matters, particularly in areas such as economy and foreign affairs.

However, under his leadership, the Liberals won a surprising and impressive 184 of 338 seats in the Canadian parliament, a net gain of 150 seats compared to the 2011 election.

Trudeau managed to achieve this success for his improved performance in the campaign trail. He also availed the advantage of people having very low expectations from him, due to powerful opposition propaganda against his suitability in a leadership role.

In spite of being written off by pollsters and pundits, "just not ready" Trudeau kept to his positive campaign agenda and fighting for poor and under-privileged. Eight months before the federal election, an online opinion poll (the Abacus Poll) found out that majority Canadians saw Harper as a solid choice to be their leader and at the same time, Trudeau was someone who they would like to go to a movie or vacation with.

That did not deter Trudeau from emphasising on hope in providing a positive and inclusive vision for the country while Harper was harping on creating fear and tried to ferment negative and divisive politics.

The underneath popular trust and love in Trudeau paid huge dividend in the election, pushing his party from third place to a spectacular victory, ousting a confident and experienced but divisive Harper from office.

When the time for change comes, voters do not look to elect another clone of whom they want to overthrow, but someone who is different and will be a change. In the words of former Canadian PM Brian Mulroney who had defeated Trudeau’s father: "I ran and was successful because I wasn't Pierre Trudeau. Justin is successful because he isn't Stephen Harper."

Similarly, when Sonia Gandhi came from behind to defeat AB Vajpayee in the 2004 election, she could do it because she was not and also did not try to be another Vajpayee.

It will be politically and electorally beneficial for Rahul Gandhi to remain true to himself and to remain committed to his political ideas and ideals. He is what Narendra Modi is not and cannot be.

He is suave, gentle, sincere and highly educated. He has a strong record of pro-poor political philosophy and unflinching commitment to secularism. He maintains his privacy and is committed to his family and its legacy.

Staying that way might not get the approval of political pundits and social media, but when India’s time for change will arrive, he will be the first choice for Indian voters.

Like Trudeau, he will bring a breath of fresh air to a gasping nation. Rahul Gandhi needs only one election victory, while time and trend are on his side.

Also read: Modi and BJP can no longer afford to ignore Rahul Gandhi

#Congress, #Justin Trudeau, #Rahul Gandhi
The views and opinions expressed in this article are those of the authors and do not necessarily reflect the official policy or position of DailyO.in or the India Today Group. The writers are solely responsible for any claims arising out of the contents of this article.