Congress under Rahul Gandhi is like AAP under Kejriwal

In retrospect, the biggest political news of 2017 in India was the landslide BJP win in Uttar Pradesh, the most populous in India, followed by Yogi Adityanath taking over as the new chief minister. The magnitude of this victory was unexpected and sent shockwaves throughout the country, compounded by the fact that a saffron monk was chosen to lead the state. The Congress could not even hold on to the Gandhi stronghold of Amethi. The UP event was augmented by the BJP to Bihar alliance government, as Nitish Kumar abandoned Lalu Prasad's RJD that was steering the state back towards crime and corruption. The recent additional convictions of Lalu and the investigations into his family show the wisdom of this move by Nitish.

The so-called Hindu nationalism is not a regressive tendency, but an aspirational move to a new India much as PM Narendra Modi has noted, which honours the great dharmic civilisation of the region and aims at sustaining its continuity. This is different from the Nehruvian India that was more an imitation of failed Western socialist states than anything Indian or dharmic. The UP poll marked the removal of the Nehruvian shadow from the centre of the country.

The more recent Gujarat election has been emphasised as a Congress revival, mainly because the BJP did not win through a landslide margin, not because Congress actually won. That losing an election less badly is promoted as positive news for the Congress only shows how far the party has fallen from power. The fact is at the end of the year, the BJP is governing a great majority of states in India and Congress-ruled states are a mere footnote.

The Gujarat election was conducted in the shadow of the UP election. Rahul Gandhi ran as the newly appointed (one cannot accurately say elected) Congress president. Though Rahul had not previously showed any interest in Hindu temples, much less overtly supporting any Hindu causes - he went on an extensive political temple tour, visiting more than 20 temples in Gujarat. More notably, he suddenly called himself a thread wearing Brahmin Hindu, strange for one who was long happy to live quietly in the shadow of a Christian mother as if he were a Christian himself. No other leader in the Nehru/Gandhi dynasty has ever made such a clear statement of Hindu identity, not even Indira Gandhi who regularly visited Hindu gurus. Yet, it is not devotion to Hinduism but political necessity that seems to have motivated his statement. 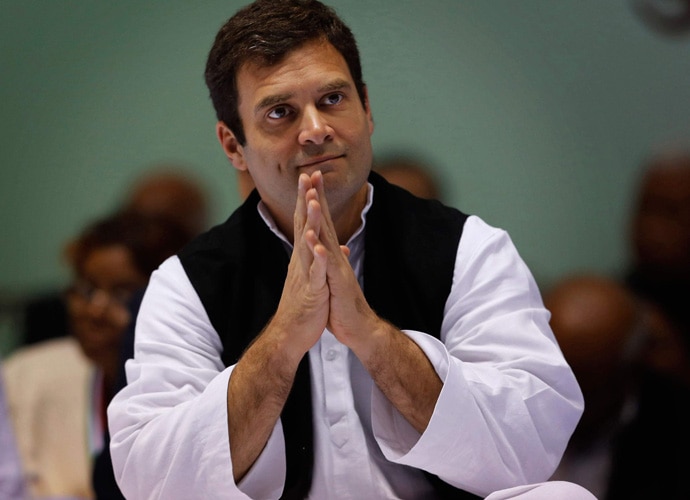 The Congress has not given up its old anti-Hindu policies in this overt change to a soft Hindu party. It continues its old policy of dividing Hindus through caste with new vigour. The Congress attempted this in Gujarat as well. Similarly, Congress leaders in Karnataka are trying to divide Hindus on the basis of religious practices, supporting Veera Shaivites as non-Hindus.

Meanwhile, Rahul and Congress continue stoking leftist sentiments, allying themselves with communist parties and student unions like those of Jawaharlal Nehru University. Rahul only displays his Hindu appearance when required. Otherwise he is happy to be part of the far-left and support anti-Hindu agendas, particularly hatred for Brahmins. Mamata Banerjee in West Bengal is now following the same strategy. Can such old strident anti-Hindu leaders draw enough of the Hindu vote in order to stay in power, without changing their anti-Hindu policies?

That is the question. Can they get the voters to forget their charges of saffron terrorism and their excusing of jihadi activities?

Over these issues looms the shadow of UP and with it the issue of the Ram Temple in Ayodhya. So far, the Congress has not changed its stand on the Ram Temple and Rahul has not made any statements on whether the party is still opposed to building the temple and laments the loss of Babri Masjid.

The problem for the Congress is that its leaders have long provided legal support for those against the temple, and long castigated Hindus who support the Ram Mandir as communal, anti-secular, if not fascist. On Ayodhya, the party continues to follow anti-Hindu policies of the communists and leftists. A reversal on this issue would be difficult to explain, yet without it any Hindu support for the Congress remains doubtful. Meanwhile, PM Modi remains committed to promoting Indian interests globally and expanding development inside the country as well. The main problem he has to face is that the entrenched Congress ecosystem in the Rajya Sabha, courts and bureaucracy continue to resist change and improvement, particularly now that their graft and black money sources have been cut off. The Congress is promoting a hate Modi campaign, and trying to create as much confusion and mayhem as it can in society. Apart from its few pro-Hindu gestures, the Congress is now looking more like a new version of the Aam Aadmi Party with Rahul Gandhi as the new Arvind Kejriwal, promoting anarchy in the name of resisting oppression.

The stature of Modi continues to tower over such immature attempts at political disruption and will likely dominate the future. But expect a year of political theatre, shifting and contradictory views, with anti-Modi stunts and antics covering over a lack of policy or leadership by the Opposition.

The Hindu card will be used to capitalise on all sorts of social divisions and consistent attempts to create confusion and disruptions will be made. Yet it is likely that the "new Congress" will meet the same fate as the AAP.