Only a Gandhi: Why I think Rahul Gandhi, and only a member of the dynasty, should lead the Congress

Without a Nehru-Gandhi at the helm, the Congress has only seen doom. And the fact is, even now, despite the Modi wave and the politics of hate, Rahul Gandhi has a lot to feel confident about.

The Congress suffered a humiliating defeat in the 2019 Lok Sabha elections — many believe that the country's oldest surviving party is finally dying. The way party president Rahul Gandhi is behaving, their worst fears may actually come true.

Though the Congress leadership has been reiterating that Rahul will continue to lead the party, the Nehru-Gandhi family scion has reportedly been firm on his decision to step down. Will he? Won't he? Having stated he is firm on leaving the Congress leadership, Rahul Gandhi is now playing a guessing game. (Photo: PTI)

Given the dominance enjoyed by him, Rahul's decision may overrule the aspirations of others and emerge as the final word — this could be potentially suicidal.

I do find numerous reasons to call his potential resignation the last nail in the coffin for the Congress. No doubt that a mere 52-seat tally (eight more than 2014) in the Lok Sabha is in itself embarrassing, given the fact that the Congress will not even be able to elect the leader of Opposition. But then, victory and defeat are part of life and politics alike.

Right wing parties and some news channels are creating a notion that 'dynast' Rahul is a misfit for the chair — through his decision, he seems to be only playing to their script.

Ignoring the silver lining along the clouds, Rahul is unable to see many positives that should actually inspire him to fight with even more commitment.

First, he has been blessed with the Wayanad seat from Kerala, the same 'God's own country' where the BJP failed to even open its account. And then, in an election where voters voted to power someone even supporting Nathuram Godse, Rahul shouldn't be blamed for his Gandhian politics of 'no hate'.

Voters sometimes behave like cinema audiences which fail a critically acclaimed movie at the box office.

Rahul is not a story of failures alone though. He has been enjoying his share of successes worth showcasing.

Less than six months ahead of the Lok Sabha elections, the Assembly polls in five states handed the BJP an embarrassing 5-0 defeat in December 2018. Overriding the 'Modi wave' in the Hindi heartland, it was Rahul's leadership that brought the Congress to power in three key states of Rajasthan, Madhya Pradesh and Chhattisgarh. For the next two months, it looked like Rahul's popularity graph was only rising.

On February 14, there came a twist in the story.

The suicide attack on a Central Reserve Police Force (CRPF) bus in Jammu and Kashmir's Pulwama district that left at least 40 CRPF jawans dead, followed by the Modi government's retaliatory air-strike at the Balakot terror camps in Pakistan, proved a game-changer. 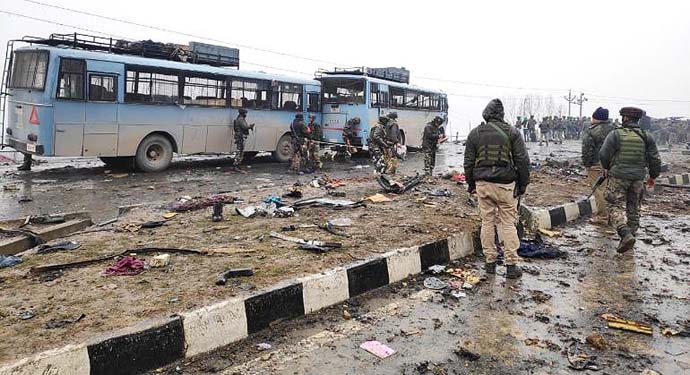 It changed everything: The Pulwama attack on February 14 powerfully impacted the course of the Lok Sabha elections. (Photo: Reuters)

Thereafter, the Congress failed to attract many voters, despite promising several new schemes such as NYAY and an end to the 'politics of hate'.

Here, I think the politics of sentiment on national security, or maybe the nationalist sentiment in itself did wonders for the BJP. But then, such sentiments don't work all the time. If the BJP's victory of 2019 is credited largely to its stand on national security and the Balakot air-strike, in 1971, the then-Prime Minister Indira Gandhi had an even bigger and historic victory to her credit — 352 seats.

While the Indian Air Force never gave out the possible number of causalities suffered by Pakistan in the Balakot air-strike, Indira Gandhi, who also happens to be Rahul's grandmother, had practically bifurcated the same neighbouring country to liberate Bangladesh.

But then, what happened six years after the liberation of Bangladesh? The same Congress suffered a shocking defeat, paving the way for the Janata alliance to assume power with Morarji Desai taking oath as the first non-Congress Prime Minister on March 24, 1977.

Both Indira and her son Sanjay Gandhi lost their seats of Rai Bareli and Amethi.

Mrs Gandhi apologised for the Emergency.

The next year, Indira was elected the party president. Just two years later, under her leadership, the Congress bounced back with a thumping victory in 1980. She continued as PM and the party president, till her assassination in 1984, to be succeeded by her son Rajiv. The election that year was another landslide victory for the Congress with the party winning 404 of 514 seats.

The two successive victories proved that the party performs to its optimum under the leadership of the Gandhi-Nehru family.

Otherwise also, of the seven Prime Ministers from the Congress, the iconic tenures widely remembered have been only about three of them — the trio from the same one family — Jawaharlal Nehru, Indira Gandhi and Rajiv Gandhi. Double-Disaster? PVR Narasimha Rao was a drawback for the Congress, both as party president and PM. (Photo: India Today)

Rao proved a double-disaster. As the PM, he performed so badly that five years later, the Congress led government was voted out in 1996.

Under Kesri's leadership, infighting in the party reached such a level that Mamata Banerjee, who used to be seen as a great admirer of Rajiv, parted ways from the Congress to float her own party.

Imagine Mamata having continued to be with the Congress.

Now, if Rahul resigns to pave the way for a non-scion as the party president, who knows if even his close aides like Sachin Pilot and Jyotiraditya Scindia, the two popular leaders from Rajasthan and Madhya Pradesh, respectively, will repeat Mamata's history. After all, politics is essentially about possibilities.

While four decades ago, iconic Indira and her son had lost the twin seats in UP, things aren't that bad this time. At least Rahul's mother, Sonia Gandhi, has retained Rae Bareli. In 1991, after Rajiv's assassination, when Sonia remained hesitant about joining politics, the Congress party suffered. It was only after her getting elected as president in 1998 that the Congress started to bounce back.

In 2004, under her leadership, the Congress went on to form the government in coalition with other centre-left political parties — retaining power for two consecutive terms.

Sonia's reluctance to join politics at one point only damaged the Congress — but Rahul's decision may end it. 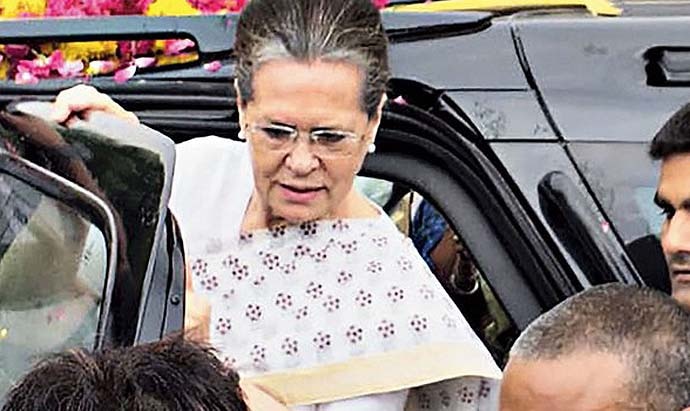 Leaning in, finally: Sonia Gandhi's early reluctance to join the Congress damaged the party. But once in, she consolidated it. (Photo: PTI)

Though snubbed by critics as being the party of dynasts, time has proven that the Nehru-Gandhi family is actually the binding force that strongly drives the Congress to success. Just a week after the crushing defeat on May 23, the Congress won most seats — 509 of the 1,221 wards — in urban local bodies in Karnataka on May 31. The BJP was only second with victories in 366 seats.

The foreign-educated Rahul seems to be drawing no inspiration from Winston Churchill's saying, success is not final, failure is not fatal: it is the courage to continue that counts.

I hope he doesn't resign.

The oldest party that ruled the country for around five decades is worth that couplet:

Also read: Rahul Gandhi should not resign. He should sack the CWC

#Congress president, #Emergency, #Indira Gandhi, #Rahul Gandhi
The views and opinions expressed in this article are those of the authors and do not necessarily reflect the official policy or position of DailyO.in or the India Today Group. The writers are solely responsible for any claims arising out of the contents of this article.