How Congress is a victim of Rahul Gandhi's immaturity

Some people are like trees, they take forever to grow up.

Rahul Gandhi yet again proved the saying right with his speech in Lok Sabha during the no-confidence motion. He once again proved why people cannot see him as Congress' prime ministerial candidate. 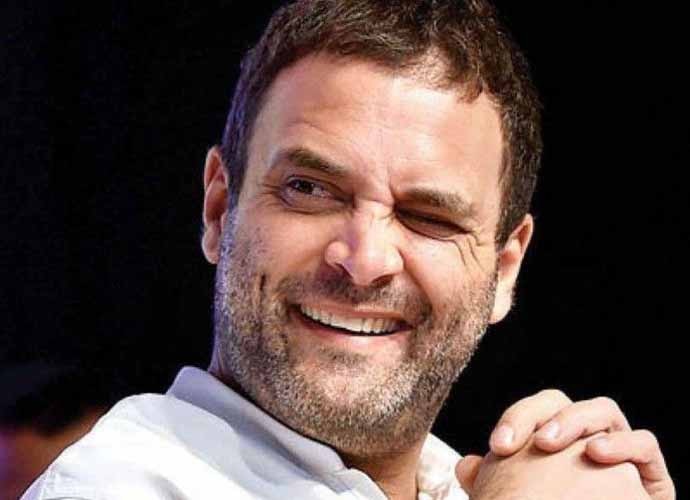 As people sat to listen to what the leader of the Opposition had to say in the Lok Sabha with a lot of expectations, their hopes were shattered by the immaturity reflected in his words.

Gandhi began his speech by making a false claim that the Congress government was determined to introduce the Goods and Services Tax (GST) during its tenure and that the party was to bring only one rate of GST and petrol and diesel were to be included within the ambit of the GST.

I would like to underline that one tax rate is not a practical option. In a developing country like India, we need to understand that luxuries should attract higher taxes than what we pay for necessities.

Here, I would like to make an offer to Rahul Gandhi. If he and his party were so determined to include petrol and diesel in GST, then the Congress-run state governments should take a stand and give up the revenue earned from petrol and diesel and bring them under the bracket of GST.

Gandhi also talked about women security. I feel anguished about how a person who does nothing for women goes ahead to talk about women empowerment and women security. I would like to remind Gandhi that it was during Congress' rule that the December 16, 2012, gang-rape took place, which shook the whole country and earned for Delhi the tag of rape capital.

Rahul Gandhi's words would have carried weight had the Congress done something for women and had he been able to cite even one thing that was better during the Congress rule than that during the Narendra Modi government.

Since Gandhi couldn't, he kept making baseless arguments to cover up his party's mistakes made over 70 years.

He also alleged that the government supported crony capitalism because it favoured on 15-20 big businessmen. However, it is the Congress which is the real flag-bearer of crony capitalism. He should answer how Vijay Mallya and Lalit Modi were able to loot the country during his party's rule. How the businesses of Robert Vadra increased at an exponential rate over a couple of nights?

Gandhi also alleged that the BJP is not a party of farmers and said that the BJP government did not waive off the loans of farmers. However, Gandhi needs to understand that waiving off loans is not a long-term solution for any problem. In order to provide farmers long-term solutions, the Modi government introduced a Krishi Vikas cess. This amount contributed by way of the cess will be used to provide multiple opportunities to farmers to help improve their lives.

A constructive Opposition is the need of the hour

India being the world's largest democracy requires a very strong and constructive Opposition to remind the government where it is lagging and promote the welfare of people at all costs.

Unfortunately, today the Opposition exists only for the sake of opposing the government on each and every move just to make sure that the voters turn towards them.

Rahul Gandhi has proven to be a failed Opposition leader quite wonderfully. He criticised the government on everything it has done starting from the bold move of demonetisation to the revolutionary introduction of GST.

The Congress president told the House that the Modi government is attacking and disrespecting the Constitution of India and Dr BR Ambedkar. I would like to remind Rahul Gandhi that his grandmother Indira Gandhi tried to change and undermine the Constitution in every possible imposing Emergency and bringing in unconstitutional amendments.

Today, Rahul Gandhi stands up to level baseless allegations and expects people to forget the 70 important years that the Gandhi family took away from India dragging the country into problems like poverty, inflation, illiteracy. Lastly, I would like to add that I was surprised with the wonderful gesture of Rahul Gandhi giving PM Modi a hug. But after giving the hug, Rahul Gandhi winked and again took away everything good that the people were beginning to see.

His wink was disrespectful to the House and the entire country.

Rahul Gandhi again highlighted the reason which led to the failure of the Congress in 2014 and also ensured that the people of India realise that just having an important surname and being born into a certain family is not enough to become Prime Minister.

Gandhi needs to understand that the people of this country have never appreciated negative politics. He should have adopted a positive approach and suggested some measures rather than criticise the government even on its bold steps and make fun of it. This has again reminded the people how immature and unworthy the leader of the oldest party of the country is.

These lines capture the true essence of our India's current reality. The government may not be doing everything perfectly but with the right intent it will accomplish its goals and do wonders for this country.

The real problem lies with an aimless organisation like Congress that has an equally aimless and immature leader.

(The author is a Supreme Court lawyer and standing counsel for government of India. She is also national convener Group of Intellectuals and Academicians.)