The BJP leaders on Tuesday slammed Rahul Gandhi after sharing a video where the Congress leader is seen at a nightclub in Kathmandu. The Congress hit back saying it's not a crime to attend functions.

BJP's IT cell in-charge Amit Malviya shared the clip on Twitter and wrote that the Congress leader is at a nightclub 'at a time when his party is exploding'.

Rahul Gandhi was at a nightclub when Mumbai was under seize. He is at a nightclub at a time when his party is exploding. He is consistent.Interestingly, soon after the Congress refused to outsource their presidency, hit jobs have begun on their Prime Ministerial candidate... pic.twitter.com/dW9t07YkzC

The video was shot at a popular nightclub in Kathmandu, reported India Today. Gandhi was in the Nepal capital on Monday to attend the wedding of his journalist friend Sumnima Udas.

Sumnima used to work with the CNN. Her father, Bhim Udas, has served as the Nepali Ambassador to Myanmar, reported The Kathmandu Post.

“We had extended an invitation to Gandhi to attend the wedding of my daughter,” said Bhim Udas.

On Monday, Congress's Twitter account had posted this on Twitter: “Desh mein sankat chhaaya hai, magar saheb ko videsh bhaya hai" (There is a crisis in the country, but Saheb likes being abroad)!

Union law minister Kiren Rijiju also targeted Gandhi saying, "Regular Parties, Vacations, Holidays, Pleasure Trips, Private Foreign Visits etc are nothing new to the nation now. As a private citizen there's no issue at all but when an MP, a permanent boss of a national political party who keeps preaching others....."

Regular Parties, Vacations, Holidays, Pleasure Trips, Private Foreign Visits etc are nothing new to the nation now.As a private citizen there's no issue at all but when an MP, a permanent boss of a national political party who keeps preaching others..... https://t.co/r7bgkmHmvT

Congress responded to this saying that Rahul Gandhi went to Nepal to attend a friend's wedding ceremony and that it is not a crime to participate in family functions.

“Having family and friends and attending functions is still not a crime. Maybe after today, BJP may decide it's illegal to attend a marriage or it's a crime to have friends,” said Congress leader Randeep Singh Surjewala at a press conference.

“He is on a personal visit there. Why are they not answering the questions related to power crisis, inflation, but they have all the time in the world for Rahul Gandhi,” Surjewala said.

Looking at the war of words between Congress and BJP over foreign visits of their leaders, all we can think of is the movie dialogue "Chinoy seth, jinke apne ghar sheeshe ke hote hain..." 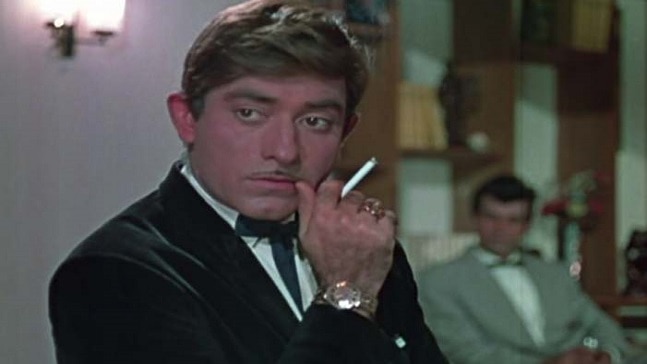 #Kathmandu, #Rahulgandhi, #Rahulgandhiinkathmandu
The views and opinions expressed in this article are those of the authors and do not necessarily reflect the official policy or position of DailyO.in or the India Today Group. The writers are solely responsible for any claims arising out of the contents of this article.