The game-plan on both sides has shifted from realities to perceptions and who can win the war of narratives.

An iconic media baron I had the opportunity of working with had a penchant for using outlandish metaphors and analogies to bring home a point.

One of his favourites used to be — if any one accuses you of having an affair, never deny. Instead, shoot back — "Are you jealous?" If the person still insists, say, "Don't you think I have good choice?" That would shut them up. But any attempt to nip it would only fuel the rumour further.

The tu-tu-mein-mein of Rafale now made me remember the old man's words.

I wondered if the BJP's first reaction to the Congress' allegations on Rafale ought to have been — "Are you jealous it didn't happen during your tenure — and you missed on the kickbacks?"

Further probing could have been answered with: "Don't you think the Rafale is a great choice — a far better aircraft than the Eurofighter?" The BJP has belatedly understood the Congress' game plan and decided to revisit its strategy. (Photo: PTI)

Not sure if that would have stemmed the tide, but it might have given a twist to the discourse that the BJP could have prised open along the way.

Back in August, the head of Congress' Data Analytics cell, Praveen Chakravarty, had revealed it had chosen Rafale as an issue based on voter feedback.

This writer has been referring to this insight in many of his earlier articles, saying that the strategy was perhaps yielding results. Having tasted 'blood', so to speak, in the State Assembly elections, the Congress was unlikely to relent.

There were views expressed that Christian Michel's extradition would take some of the sting out of Rafale. But the interrogations have so far not unearthed anything explosive. 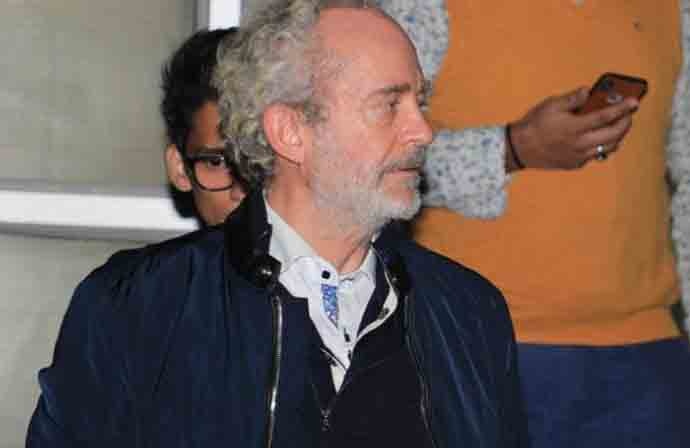 Christian Michel's interrogations have so far not unearthed anything explosive. (Photo: India Today)

Michel would have surely braced himself for the tryst in Delhi and is unlikely to spill any major secrets. The Congress, therefore, is ignoring the Agusta insinuations and continuing to aim missiles on Rafale.

Clearly, it is no longer a battle of facts — it is a war of narratives now.

Initially, the BJP tried to counter the Congress on substance. But that was clearly walking down the wrong path as the Congress tried to trip it at every stage with clever gamesmanship, drawing it further into a sticky field.

It was quite apparent that as part of its strategy, the Congress had enlisted the support of some freelancers to fire from the sidelines. Thus, the triumvirate of 'part-time nationalists', as Arun Jaitley calls them, joined the cast as cameo artists with some sections of the media providing the background score. Arun Jaitley and other BJP leaders could checkmate the Congress by raking up Bofors, Agusta, National Herald. (Photo: Screengrab LSTV)

From the Prime Minister's interview on January 1 and Arun Jaitley's intervention in Parliament yesterday, one gets the impression that the BJP has belatedly understood the Congress game plan and decided to revisit its strategy.

The plan seems to be that Narendra Modi will take the moral high ground, asserting that he will not let propaganda by vested interests come in the way of the country's defence preparedness, while Jaitley and others try to checkmate the Congress at its own game by raking up Bofors, Agusta and National Herald.

Whether this will work or not, is it too little, too late shall be known only in the coming days. That it might be coming across as disingenuous does not seem to bother the Congress leadership.

Rahul Gandhi's performance in Parliament yesterday had none of the seriousness of his speech during the No Confidence Motion.

The permanent smirk plastered on his lips, his deliberate disregard of the Speaker's injunctions about mentioning 'AA' and Manohar Parrikar by name and the frivolous act of the flying of paper planes by his party colleagues in the Lok Sabha during the Finance Minister's response — all had an air of impunity. 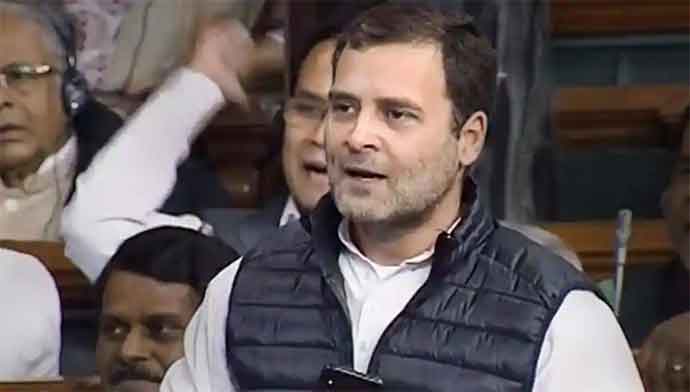 He did a repeat act during his press conference that followed at the party headquarters.

Clearly, Congress campaign managers are working on two major fronts. The first is to wreck the personal credibility and clean image of the Prime Minister. The second is to embroil the BJP in issues of farmers' distress (waiver of farm loans), GST, demonetisation and jobs to take away the focus from the BJP's much touted schemes of Jan Dhan, Ujjwala, PMAY, etc.

If the state elections are anything to go by, then the plan seems to be working.

But, more importantly, in my view, the Congress seems to have co-opted some sections of the media. That could explain why there is such little questioning of Rahul Gandhi on the liberty and license apparently taken with facts in his discourse, be it reportedly blatant exaggerations of the alleged offset benefits to 'AA' or the fictitious count of potential job losses at HAL for not bagging the Rafale contract.

While sections of the media seem not unhappy to overlook the economic fallacy of farm loan waivers, they are fairly quick to highlight the notional NPAs in Jan Dhan Accounts, equating them with loan defaults of businessmen.

How much the media is buying into the Congress' line is hard to tell. But, ultimately, it is this surround sound that sets the agenda.

So, thus far, Rahul Gandhi has reasons to feel chuffed.

Post your comment
#Christian Michel, #Rahul Gandhi, #Narendra Modi, #Rafale Deal
The views and opinions expressed in this article are those of the authors and do not necessarily reflect the official policy or position of DailyO.in or the India Today Group. The writers are solely responsible for any claims arising out of the contents of this article.