Rahul Gandhi as UP CM: Prashant Kishor has got it horribly wrong

Unlike Modi and Nitish, the Congress scion doesn’t have the political acumen or experience to lead from the front.

It has been reported in the media that electoral strategist Prashant Kishor apparently wants Rahul Gandhi to be projected as the Congress’ chief ministerial candidate in Uttar Pradesh.

Kishor, who has been roped in by the Congress to transform its electoral fortunes in UP previously scripted the triumph of Narendra Modi and Nitish Kumar at the Centre and state level, respectively.

Considering the repeated electoral drubbing which the Congress has faced in various electoral contests since the 2014 general elections, it is a must for the Congress to put up a strong show in UP.

Though Congress was on the winning side in Bihar alongside Rashtriya Janata Dal (RJD) and Janata Dal United JD(U), there was hardly much of a reason for 24, Akbar Road to celebrate. The grand alliance or mahagathbandhan won 178 seats but only 27 of them belonged to the Congress.

Congress had earlier drawn a blank in Delhi and also lost power in states like Maharashtra and Haryana. 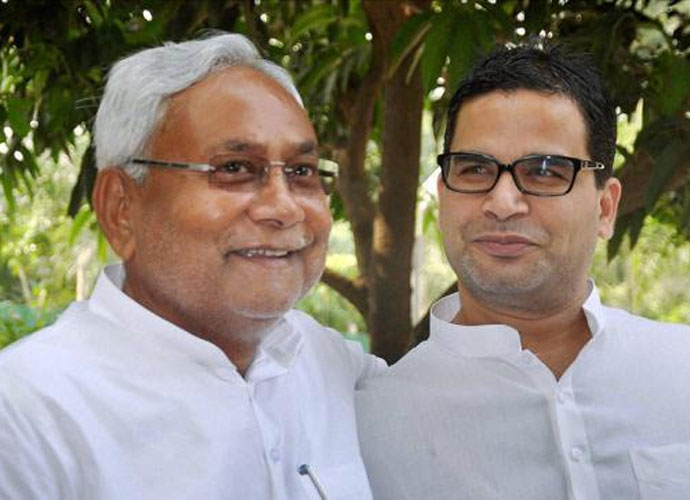 During the previous UP Assembly elections in 2012, Congress leader Digvijay Singh confidently announced on Times Now that the Grand Old Party was all set to win over 200 seats but the party managed merely 28. The party won just two seats out of a total of 80 that were up for grabs in the state during the Lok Sabha elections.

To stay politically relevant at the national level, Congress must get its act together in UP. While a single-handed victory appears far from probable, defeat would also not mean the demise of the Congress. A party which is over 125 years old cannot be so easily whitewashed from public memory. It is important to steer clear of a maximalist interpretation of the situation.

But what cannot be denied is that the Congress needs  a situation through which it can capture popular imagination again. If it manages a respectable total in UP, it will certainly succeed in positioning itself as the BJP’s principal opponent in 2019.

With its poor showing in the previous state elections, Congress has rapidly ceded space to the likes of Nitish Kumar and Arvind Kejriwal.

Having worked with firebrand leaders like Modi and Nitish, Kishor presumably thinks that it is a necessity for the Congress to project a certain face in UP. But the problem rests in the fact that the face Kishor is scouting for cannot be Rahul Gandhi. Unlike Modi and Nitish, Rahul doesn’t have the political acumen to lead from the front.

Rahul has been engaged in politics since more than a decade now. However, in not even one election has he led from the front in terms of campaigning day in and day out. His politics seems to be about coming and disappearing. One fine day he can be found tearing a government ordinance at a press meet whereas on some other day no one has a clue where he has gone to travel.

Also read: Shiela Dikshit to be CM face in UP, Priyanka Gandhi to lead campaign?

Contrast Rahul’s frequent disappearances with somebody like Kejriwal, Modi or Nitish. They are always on the lookout for political limelight and do not shy away from carrying the burden of their respective political outfits. A leader cannot be projected as a chief ministerial candidate without being on the campaign trail.

Secondly, on what basis will Rahul be projected as an able and efficient replacement of Akhilesh Yadav? He has never served as the chief minister of any state and has absolutely zero administrative experience. When Congress-led United Progressive Alliance was in power for ten years, Rahul shied away from holding any portfolio in the government. As a member of Parliament, he remained mostly mute except for his brief interventions on the India-US Nuclear Deal and Lokpal Bill.

Despite all the controversies and reservations, Modi and Nitish had the luxury of citing their track record in Gujarat and Bihar, respectively while campaigning in the general and Bihar elections. What does Rahul have on offer?

Hardly anyone knows what Rahul stands for. It comes as no surprise since Rahul doesn’t even write letters to the editor leave alone consolidating or articulating his ideas in the form of a book, essay or even a focussed speech.

However, his performance in Opposition has been much better than in power. At least he has begun to speak frequently in the Lok Sabha. But the killer instinct which is required to make a dominant political statement is still missing.

The past twelve months provided the Opposition with numerous opportunities to put the BJP on the back foot.

Lalitgate and Vyapam were issues that could have cost the BJP two chief ministers, namely Vasundhara Raje Scindia and Shivraj Singh Chauhan. Even external affairs minister Sushma Swaraj was in the dock and so was finance minister Arun Jaitley because of the DDCA controversy. But the Opposition led by the Congress in Parliament failed to extract any resignations or demand accountability.

They weren’t even able to corner HRD minister Smriti Irani whose ministry has presided over one controversy after another. These examples highlight that something is missing when it comes to the leadership abilities of the Congress vice-president.

Does he possess the foresight which Nitish exhibited by tying up with Lalu to better Modi in Bihar? Or the political ruthlessness on the basis of which Modi made his prime ministerial bid by sidelining party patriarch LK Advani?

Maybe Prashant Kishor has seen something in him that the nation hasn’t in the last ten years. It is possible that Kishor has become aware of the sycophant culture in the Congress and realised that is a sin to look beyond 10 Janpath.

If it isn’t either of the two then Kishor isn’t the likely political genius that media has portrayed him to be. One can’t win an election in the country’s most politically potent state by projecting a semi-visible political face as chief ministerial candidate.

Post your comment
#Nitish Kumar, #UP Polls, #Rahul Gandhi, #Prashant Kishor
The views and opinions expressed in this article are those of the authors and do not necessarily reflect the official policy or position of DailyO.in or the India Today Group. The writers are solely responsible for any claims arising out of the contents of this article.