BJP has fielded its only Muslim candidate from this constituency, who has done good work as Deedwana MLA.

Sachin Pilot, a popular leader, the chief of the Rajasthan Congress, a CM probable, had victory almost assured for him from Tonk.

Tonk has a significant Muslim and Gujjar population. Pilot is a Gujjar and Muslims tend to vote for the Congress. However, this is where the BJP threw him a googly — dropping its sitting MLA Ajit Singh, the party fielded its only Muslim candidate, Yoonus Khan, opposite Pilot. 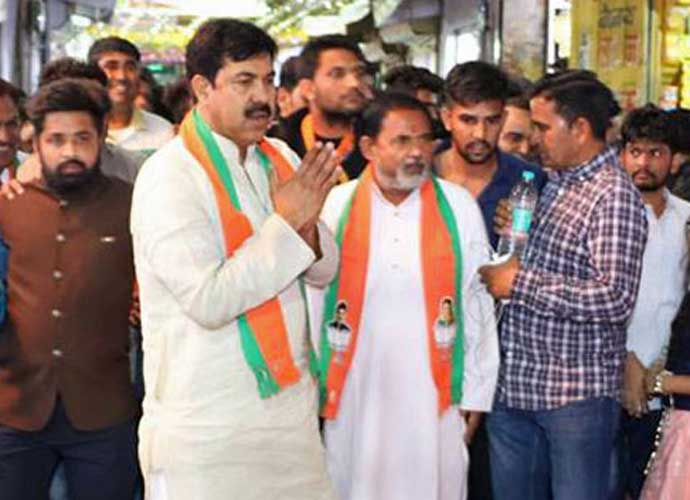 Khan is the sitting MLA from Deedwana, and the minister of public work and transport in the Raje government. He has a good record as the Deedwana MLA, and is seeking votes in the name of the work he has done as a legislator and a minister, apart from his Muslim identity.

While the local BJP workers — after the Hindutva buildup across the country in the past few months — are having some trouble convincing people to vote for a Muslim face, Khan himself has been camping in Tonk, meeting people, holding rallies and going door to door. The narrative being built is he would be more approachable than Pilot, who flies about in choppers and may leave Tonk to become the CM after winning.

However, the prospect of electing the state’s CM is also working in Pilot’s favour.

His campaigning has definitely been eventful — responding to the BJP’s barb of Congress being a ‘baraat without a groom’, at one rally, Pilot came on horseback, with his supporters bursting crackers. 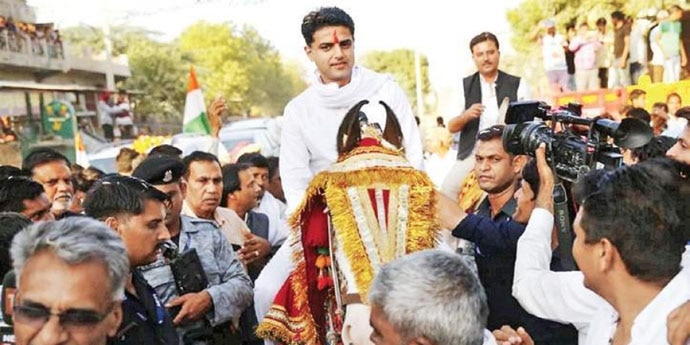 Was this show for the BJP or for Ashok Gehlot? (Photo: PTI)

However, was he also cocking a snook at Ashok Gehlot, his senior party colleague and CM post rival, who has been touring the state to campaign for Congress candidates but has not come to Tonk?

Clearly, the results in Tonk on December 11 are important for more reasons than one.

Also read: Rajasthan election results: In Vasundhara Raje-Manvendra Singh battle in Jhalrapatan, much is at stake