The grand old party needs to name a knight to take on the BJP in the coming Assembly elections.

Success has many takers and the Congress’s win in three by-polls in Rajasthan - Mandalgarh Assembly seat and Ajmer and Alwar parliamentary seats - is no different. While some say Sachin Pilot’s legwork of over four years has paid off, Karni Sena claims they defeated Vasundhara Raje. Many would like to believe the Congress got the caste combination right while some from RSS claim “we” stayed out of the frame.

The mood was definitely anti-government, but a score of 3-0 was something that even Congress loyalists were not anticipating. Barring Alwar, the other two have been hard-earned seats for the Congress party.

A huge victory for the people of Rajasthan. Hat's off to the hard work put in by all congress workers, leaders, volunteers & well wishers. This is the start of the end of BJP in the state. #खम्माघणीCongress

So, what has worked in favour of the grand old party?

To begin with, division of roles. While Sachin Pilot led the charge in Ajmer, Jitendra Singh held the fort in Alwar. In Mandalgarh, CP Joshi played his part.

When I had travelled to Ajmer on January 3, a few days before the nominations were to be filed, it was clear that Pilot won’t contest. Raghu Sharma, who till then had just an MLA seat from Kekri won in in 2009 to his credit, wasn’t the first choice that people would identify with. They were wondering why Pilot wasn’t taking on Ramswaroop Lamba, the debutant son of the late MP Sanwar Lal Jat. 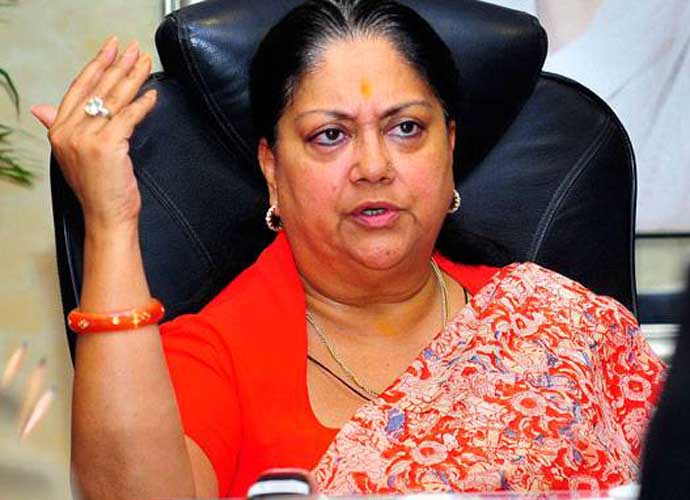 Once the nominations were filed, Pilot sweated it out in Ajmer and fought as if it was his battle for survival. Poor Lamba for whom chief minister Vasundhara Raje had to scream from dais at a gathering that when she first entered politics she too couldn’t speak in front of crowds just like Lamba. An unimpressive Lamba was no match to the oratory and charm of Pilot, who was aided well by the vocal Raghu Sharma. Add to this, the Brahmins, who traditionally vote for the saffron party, saw a survival chance in local politics usually dominated by Jats and Gujjars.

In Alwar, Karan Singh Yadav was a better-known face in the battle of Yadavs. His opponent Jaswant Yadav, a minister in Raje government had to face the reality of almost zero connect with voters in a seat that the late MP Mahant Chand Nath had won with over two lakh votes in 2014.

With the Yadav votes split, Jitendra Singh upped the ante among Rajputs who weren’t very pleased with the state government, thanks to the Padmaavat row and the Anand Pal encounter case.

In the lone Assembly seat of Mandalgarh, despite a rebel candidate (Gopal Malviya who contested as an independent) the Congress won by over 12,000 votes. This too was a tough fight wherein the Congress’s Vivek Dhakar  emerged victorious after trailing in 10 rounds, with Malviya bagging close to 15,000 votes till then.

The Congress was trailing when 13 gram panchayats of Kotri and 17 of Bijoliya were counted. In Kotri, the BJP’s Shakti Singh got the lead, courtesy division of votes because of Malviya. But in Bijoliya, the Congress rebel bagged the votes of the mining community which could have gone to the BJP, giving the Congress a breather to catch up even as the 36 panchayats of Mandalgarh  sealed the deal for Congress.

The Congress party’s division of boundaries was well-aided by the fact that people across the state are running out of patience waiting for the promised dual bonanza of Raje’s “Suraj Sankalp” and Modi’s “Achhe Din”. It wasn’t merely vote against the incumbent state government. Despite their faith in PM Modi’s image, in rural areas people’s biggest concern has been jobs. Shrinking pockets and no immediate relief in sight helped the Congress the most.

Despite the clean sweep in Rajasthan, the Congress still has a big task of managing the “aspirations” of its leaders. Former CM Ashok Gehlot, after playing a significant role in Punjab and Gujarat polls, has been upping the ante to get the top job third time round in the coming Assembly polls. This win has brought the much-needed shot in arm for Pilot, who was initially termed a “ran chhod (quitter)”.

In Rajasthan, even though the chinks in the BJP’s armour are no longer a secret, the Congress needs to name a knight to tear through its arch-rival.

#Raje, #Sachin Pilot, #BJP, #Congress
The views and opinions expressed in this article are those of the authors and do not necessarily reflect the official policy or position of DailyO.in or the India Today Group. The writers are solely responsible for any claims arising out of the contents of this article.