What Rajinikanth's beef with Jayalalithaa in 1996 says about his politics

Does the superstar need to do this to Tamil Nadu?

1996 was an interesting year, politically.

Tamil Nadu saw a split in the Congress following the then prime minister PV Narasimha Rao's decision to ally with an unpopular Jayalalithaa. That led to the creation of the Tamil Maanila Congress that joined hands with the DMK.

And in neighbouring Andhra Pradesh, all eyes were on late NT Rama Rao's wife Lakshmi Parvathi to see whether she could electorally avenge the palace coup in which NTR was dethroned.

In the end, both women bit the dust, done in by people "close" to them. Son-in-law Chandrababu Naidu was politically too clever for Lakshmi Parvathi while Jayalalithaa's neighbour in Poes Garden, Rajinikanth cast his vote against her. Is Tamil Nadu on the verge of losing its most-loved actor to politics? Photo: PTI

His punch line "Even God cannot save Tamil Nadu" if the AIADMK comes back to power proved to be the tilting factor so much so that at every public meeting, Karunanidhi would say his "dear younger brother Superstar Rajinikanth" had blessed the alliance. Rajini fans worked hard to facilitate a DMK-TMC victory.

The seeds of the disenchantment with Jayalalithaa were sown during her regime between 1991 and 1996, when she was seen as imperious and autocratic. Traffic would be stopped for 30 minutes when she had to step out of home, an obscene amount of money was spent on her stepson's wedding, the regime was rocked by allegations of corruption.

Rajini realised the public mood was against Jayalalithaa and he was spot on in his assessment. The AIADMK suffered its most humiliating defeat, winning just four assembly seats out of 234, with Jayalalithaa herself losing from Bargur constituency.

As Rajini mulls a political plunge 20 years after proved his mettle as a catalyst, he would do well to remember that 1996 in many senses was a Baasha, his biggest hit in Kollywood. And subsequently, many of his politics-related decisions have been more Baba and Kochadaiiyaan, flops in his career.

His political acumen deserted him just two years later when he continued to back the DMK-TMC alliance. The duo flopped this time, winning just 8 out of 39 seats, just two years after they had scored a whitewash. In contrast, Jayalalithaa-led NDA in the state won 30 seats.

2004 was to be another reality check for Rajinikanth. He backed the AIADMK-BJP alliance but this time, it was the DMK-led rainbow coalition that swept all the 39 seats. It proved that Rajini neither had his ear to the ground nor knew the people's pulse.

Which is why as the excitement builds up around Rajini's possible entry into the political arena, it will perhaps be prudent to step back and look at the Superstar as a politician impassionately.

No doubt, people love him as a performer on the big screen, for his simplicity and unassuming persona, but would he be the leader Tamil Nadu wants at this point in time. A candid PMK leader Anbumani Ramadoss says Tamil Nadu needs a doctor to cure its various ailments, not another actor from the Kollywood conveyer belt.

The state with its agrarian crisis in light of the worst drought in 140 years, a debt of Rs 3.14 lakh crore by March 2018 and a perception that the establishment is neither interesting in wooing industry and is also corrupt, is in ICU.

Does Rajinikanth, whose stand on various contentious issues - from hydrocarbon extraction to NEET to freebies to prohibition - is not really known beyond simplistic soundbites, have the solution to get Tamil Nadu out of this mess?

At 66, Rajinikanth is at the pinnacle of his career. His demi-god status makes his films get a Baahubali-an opening. Aircrafts and personal vehicles get a Rajinikanth makeover on the eve of his film releases and milk abhishekhams are par for the course. 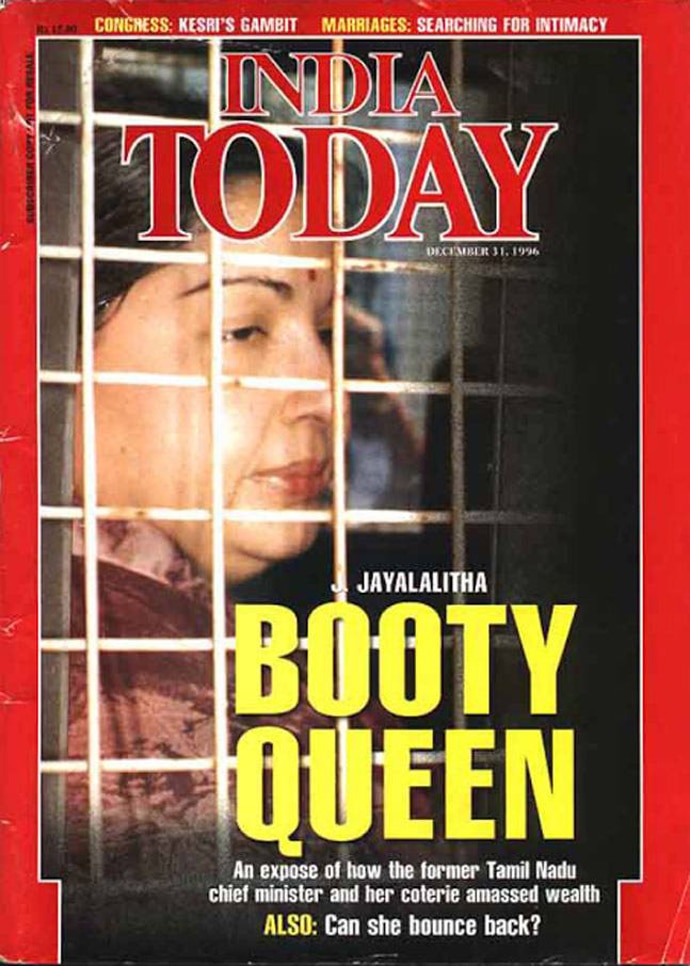 Losing to elections and then the law: The year that was 1996 for Jayalalithaa.

Now that he has chosen to go beyond playing the lover boy and take on roles his age, this K Balachander protege has still a lot to offer as a capable actor. Is Tamil Nadu on the verge of losing its most-loved actor to politics?

If he is a lion on screen, off screen Rajini has always been a recluse, unwilling to take any position that may hurt anyone. With his tendency to avoid calling a spade a spade, is Rajini cut out for leading Tamil Nadu.

In fact, only others would gain politically from his political plunge. These political outfits are looking to encash the goodwill he has, come election time. Does Rajini, unless he has serious compulsions, need to do this? Because if ambition was the defining factor, he could have become CM in 1996.

Perhaps Rajini is being lured by the fact that there now exists, in the post-Jayalalithaa era, a political vacuum. The opposition to his possible entry by fringe Tamil groups will also give him confidence that he will be a political force to reckon with, that his speeches last week have got them rattled.

Twitter polls done by different individuals, albeit with a few thousand votes, give a sense of the mood, at least among the more urban crowd. In most of the cases, it is close to a hung verdict, with 55-45 or 60-40 margin in some cases, with those opposing his entry in the majority.

In his heydays, Rajinikanth acted in a number of movies, that were remade with Amitabh Bachchan in Hindi and Chiranjeevi in Telugu.

He would do well to closely study the experience of these two actors in the cesspool of politics. It is quite possible that God, to who Rajinikanth has outsourced the decision, is doing the same.

#Jayalalithaa, #AIADMK, #DMK, #Rajinikanth
The views and opinions expressed in this article are those of the authors and do not necessarily reflect the official policy or position of DailyO.in or the India Today Group. The writers are solely responsible for any claims arising out of the contents of this article.