Superstar Rajinikanth’s impending entry into politics has stirred the proverbial hornet's nest within Dravidian parties. While his supporters are filled with optimism, members of a fringe pro-Tamil outfit are opposing his entry into politics. The actor's Kannadiga roots are often a focal point of discussion in Tamil Nadu.

PMK leader Anbumani Ramadoss dismissed the superstar as a pivotal factor in Tamil politics by saying youngsters don’t relate to him. Neither the VK Sasikala nor the O Panneerselvam faction of the AIADMK will be ready to play second fiddle in their own parties.

DMK has played it safe and said it is up to the superstar to decide if he wants to enter politics.

The BJP, which lacks popular state leaders, is hoping to ride on the goodwill of a star like Rajinikanth. It does not have a foothold in the southern state — and hopes to gain one. 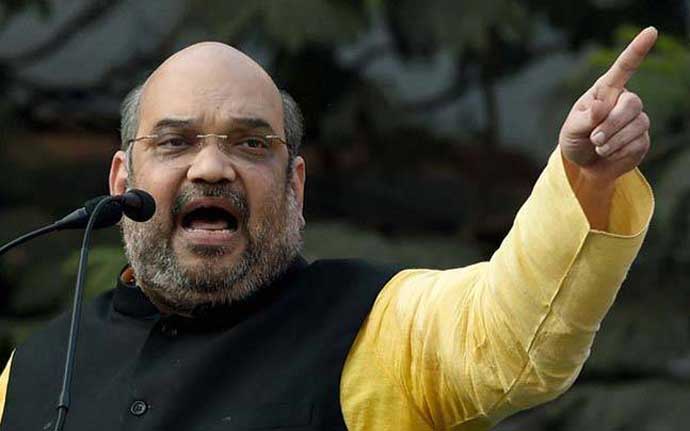 When Amit Shah was asked about the superstar's foray into politics, he said Rajinikanth alone could take the call. Photo: India Today

Rajinikanth has, in the past, praised Prime Minister Narendra Modi and had met him during the 2014 Lok Sabha election campaign in Chennai. This was seen as a sign of his proximity with the BJP.

In an event organised by India Today TV earlier this year, when Amit Shah was asked about the superstar's foray into politics, he quipped that Rajinikanth alone could take the call.

The BJP president also said that "all good people are welcome to join politics".

On Rajinikanth's entry into politics, RSS ideologue S Gurumurthy told India Today: "In my view, he has already made up his mind. He is only looking for the right timing to make the announcement. I think he will launch his own party."

He further said, "He must have an alliance with BJP because this is my surmise. Because there is a lot of convergence between him and BJP."

S Gurumurthy is known for his proximity with superstar Rajinikanth.

But one of the biggest faces of the BJP from Tamil Nadu, Subramanian Swamy alleged that Rajinikanth has committed financial fraud.

Speaking to India Today, the BJP leader advised the superstar against joining politics while claiming to have "substantial proof" of financial irregularities that would "knock down" his political ambitions. This is not first time that Subramanian Swamy has lashed out at the superstar.

In the past too he has said: “He (Rajinikanth) is illiterate and is unfit for politics.”

The BJP MP even went to the extent of calling the actor “Shree 420”.

Gurumurthy and Swamy, two faces of the Sangh Parviar from Tamil Nadu are speaking in two diverse tones on the issue of bringing Rajinikanth closer to the BJP.

These are the questions which can only be answered by time, but as of now the parivar looks divided.

Also read: How about declaring a Dalit as Opposition's joint PM candidate for 2019?