'Dishonouring the Dead': Who can beat the Congress in this dept?

From Sardar Patel to PV Narasimha Rao, the list of illustrious leaders reportedly scorned by the Congress, even in their final journeys, is a long one.

Each election — be it the state Assemblies or the Lok Sabha — has its own idiosyncrasies in terms of issues, concerns, rhetoric, etc.

The level of bitterness, shrillness and rivalry, however, has gone up significantly over time, many argue.

The Lok Sabha elections of 2019 is no exception. 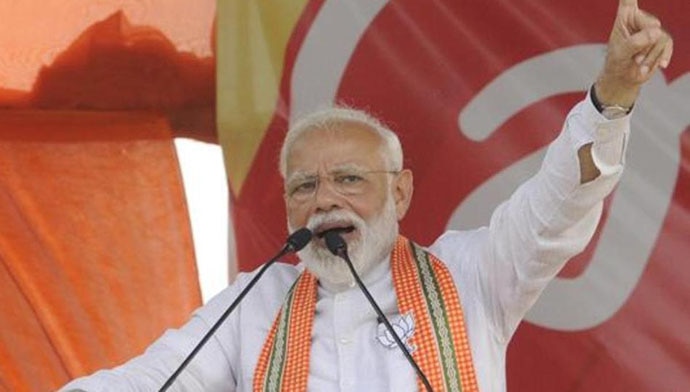 Yes, the comment was harsh, but no, it wasn't something that we haven't heard before. (Photo: India Today)

Satish Mishra, in his article, has claimed that the 2019 Lok Sabha election is "one of the most bitter general elections in India's independent existence" and "the standard of the electoral discourse has ebbed to a record depth."

Narendra Modi, in one of his public speeches, mentioned that Rajiv Gandhi started out his political career as 'Mr Clean' — but died as 'Bhrashtachari Number One'.

Beyond the alleged 'coarseness' of the comment, many saw Narendra Modi's Rajiv Gandhi remark as a reference to 'dishonouring the dead' — suggesting that dead leaders should not be criticised for their policies and any criticism of a dead leader amounts to 'dishonouring' them.

Much brouhaha was created in the media as well as by the Congress ecosystem on this issue.

Without going into Congress president Rahul Gandhi's political campaign of 'Chowkidar Chor Hai', even a cursory look at the history of the Congress and its icons will suggest that both the party as well as the members of the Nehru-Gandhi dynasty have publicly — and frequently — humiliated and dishonoured leaders and colleagues, including many of their own, but who did not belong to the Nehru-Gandhi family.

The news of the sudden, but not completely unexpected demise of Sardar Vallabhbhai Patel — the Iron Man of India — spread like a bush fire. The man who oversaw the unification of Bharatbarsh, a fractured subcontinental conglomeration of over 500 princely states, into a solid union of the Republic of India, was no more. 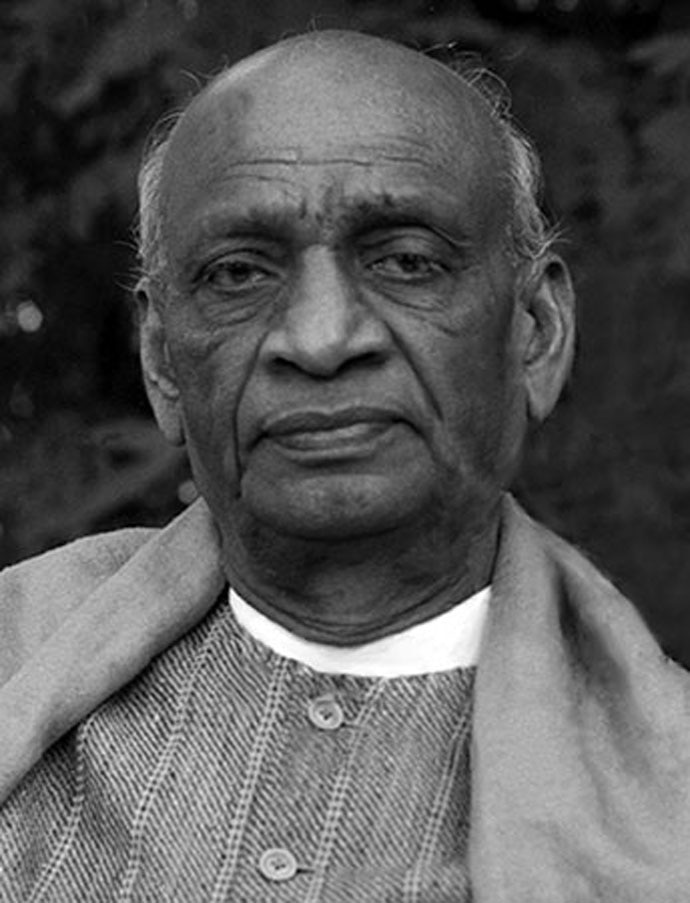 The Iron Man of India: It is believed that Nehru apparently asked ministers to not attend Sardar Patel's funeral. (Photo: India Today)

The Sardar had not been keeping well and was advised by his well-wishers to take a break from the ‘punishing’ work of the governance of India as its first Deputy Prime Minister. Heeding the advice, the Sardar had arrived in Mumbai on December 12 and was recuperating at Birla House.

The Sardar died of a massive heart attack. The entire nation was in shock. However, not known to many, Jawaharlal Nehru, the first Prime Minister of the post-colonial India, reportedly issued a directive to his cabinet colleagues to not attend Sardar's funeral. Kanhaiyalal Maneklal Munshi, popularly known as KM Munshi, who played a pivotal role in the Constituent Assembly (and was also the Governor of Uttar Pradesh between 1952-57), recounts this in his book Pilgrimage to freedom

"When Sardar died in Bombay, Jawaharlal issued a direction to the ministers and the secretaries not to go to Bombay to attend the funeral. Among the ministers, I was in Matheran (near Bombay) at the time. Sri N. V. Gadgil, Sri Satyanarayan Sinha, and Sri V. P. Menon disregarded the direction and attended the funeral. Jawaharlal also requested Dr. Rajendra Prasad not to go to Bombay; it was a strange request to which Rajendra Prasad did not accede. Among the important personages who attended the funeral were Dr. Rajendra Prasad, Rajaji, and Pantji. I was of course there."

Incidentally, when Dr Rajendra Prasad died on February 28, 1963, in Patna, Jawaharlal Nehru was the only public leader of stature who missed Rajen Babu's funeral.

According to historian Jagdish Chandra Sharma, Jawaharlal apparently even asked the then-President Radhakrishnan not to go to Patna for Rajen Babu's funeral. Needless to say, Radhakrishnan ignored Jawaharlal's advice and attended the funeral in Patna. 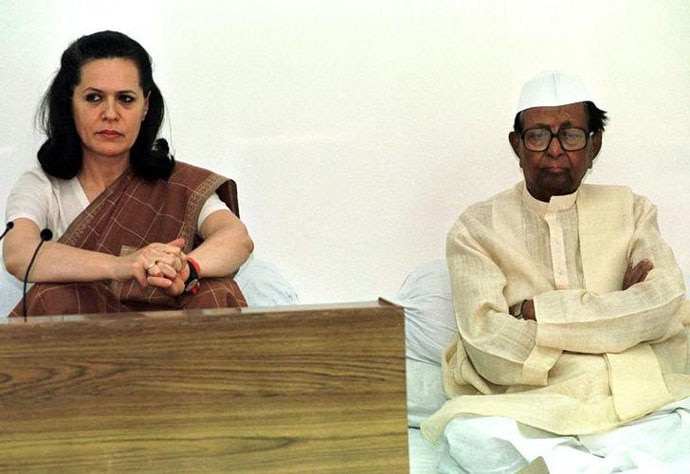 The twain never met: What happened to Sitaram Kesri, senior Congressman, is not unknown to anyone. (Photo: Reuters)

We all know how the former President of the Congress (1996-1998) and a long-time Nehru-Gandhi family loyalist, Sitaram Kesari, was unceremoniously removed from his post. Before Kesari was elected Congress President, he had served as its treasurer for almost 20 years. There was a lot of backdoor conspiracy, almost a palace coup, to rid Kesari from the post of Congress president. 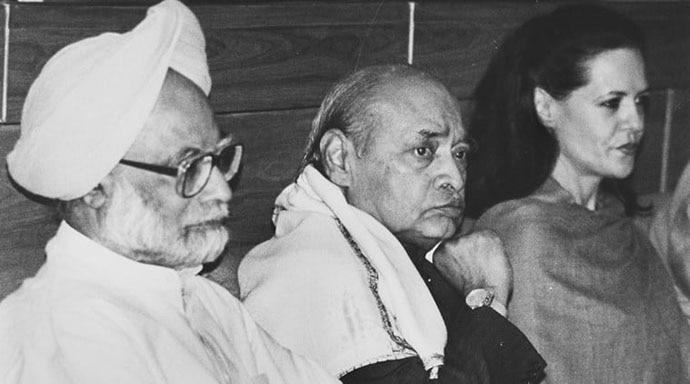 As it became imminent that Sonia Gandhi, wife of the former PM Rajiv Gandhi and mother of the current Congress president Rahul Gandhi, would take over the reins of the Congress party, Kesari was allegedly locked inside the bathroom of the Congress headquarters.

Some Congress workers bolted the bathroom door from outside as Kesari went in. He remained locked inside until Sonia Gandhi assumed office.

Soon after, the octogenarian Kesari (82) was escorted out of the Congress headquarters premises.

"When Kesari stepped out of the room, his name board was missing, already replaced by a computer printout that said: 'Congress President Sonia Gandhi'.

Within minutes, the Special Protection Group moved into the party headquarters. By the time Sonia arrived for the day's second CWC meeting, party leaders who used to drive in had been told to get out of their cars on the street and walk in."

(24 Akbar Road: A Short History of The People Behind The Fall and Rise of The Congress by Rasheed Kidwai)

Much humiliated, Kesari died on October 24, 2000, in relative obscurity.

A life-long Congress member and a known loyalist of the Nehru-Gandhi dynasty, the great Andhra leader served as the 9th Prime Minister of the Indian Republic from 1991 to 1996. A lawyer, a polyglot (it is said he knew 16 languages), PVNR was the architect of modern Indian economic liberalisation — a model diametrically opposite to Jawaharlal Nehru and his daughter Indira Gandhi's socialist model. However, when PVNR died on December 24, 2004, reportedly his body wasn't even allowed to enter 24 Akbar Road, the party headquarters. It has been the tradition of the Congress that the bodies of its past presidents are taken inside the party headquarters so that ordinary party workers can pay their last respects to the departed leaders.

This Congress headquarters in the sprawling Lutyen’s Delhi is located in the vicinity of Sonia Gandhi's official residence.

As Narasimha Rao's funerary procession approached the party headquarters, it has been recorded:

"… the funeral procession slowed. The entrance gate to the compound looked firmly shut. There were several senior Congressmen present, but hardly any cadre had been rustled up. No slogans filled the air, just deadly silence. The carriage stopped at the pavement outside, as Sonia Gandhi and others came out to pay their respects… Manmohan Singh now lives in a guarded bungalow a few minutes from Akbar Road. When asked why Rao's body wasn't allowed into the Congress headquarters, he replied that he was present, but has no knowledge of this. Another Congressman is more forthcoming. 'We were expecting the gate to be opened… but no order came. Only one person could give that order. "

Looking at these examples, it does seem to prove that the so-called dishonouring of leaders, dead or alive, has been a hallmark of the Congress — the discriminating factor has been the membership of the Nehru-Gandhi family. Even looking at the so-called 'low ebb', the absence of social media in the past kept the visibility of those 'lows' to a minimum-to-invisible low.

Additionally, public memory on such matters is short. We tend to forget how leaders like Dr Ambedkar, Feroze Gandhi, etc., were treated by members of the Congress party as well as the Nehru-Gandhi family.

Post your comment
#Dynasty politics, #Rahul Gandhi, #Narendra Modi, #Congress
The views and opinions expressed in this article are those of the authors and do not necessarily reflect the official policy or position of DailyO.in or the India Today Group. The writers are solely responsible for any claims arising out of the contents of this article.