With the BJP using security as a major plank of its election campaign, a lot is expected now from Mr Rajnath Singh. And the challenges that confront him are enormous.

Manohar Parrikar did a lot of things right as a Defence Minister — the most important among them was team building. The Defence Minister is part of the hierarchy responsible for the security of the nation, and he built a team that included the three Chiefs and senior military officials to push forward an agenda that started the process of revitalising the forces post a decade of neglect.

With the BJP using security as a major plank of their election campaign, a lot is now expected from Mr Rajnath Singh.

The Chinese are focused on a bipolar world — with a Chinese hub challenging the American hub. We are looking at a bipolar Asia. However, to be the other pole in Asia can be a pipedream for a country that allocated the lowest in GDP percentage terms, for its defence this year — our defence budget of over USD 60 billion is not even a third of the Chinese defence budget. Money (well) spent is directly proportional to capabilities developed. The Chinese leap in military capability building is phenomenal, be it land, sea, air, cyber or space resources.

The two-front China-Pakistan threats only get graver with a USD 60 billion China Pakistan Economic Corridor (CPEC) taking shape. The proxy war and insurgencies that we have been facing continue to pose their own challenges. Notwithstanding the contesting priorities that every developing economy faces, growth and national security have to be addressed simultaneously with equal vigour. Blowing in the Wind: With CPEC taking shape, China-Pakistan threats only get graver. (Photo: Reuters)

For too long we prioritised our land borders as the pivot of our defence preparedness plans. Such an approach was triggered by strong forces that have remained operative along these borders since independence. In 1947-48 we faced the first assault of tribal lascars, supported by regulars of Pakistani Army, in Kashmir. It was followed by a resounding defeat that the Chinese inflicted on us in 1962. In the 1965 India-Pakistan war, we held our ground and also gained in certain sectors. In 1971, we displayed our growing military capabilities and assisted the birth of Bangladesh. In the eastern theatre, it was a total victory.

However, the long sequel of wars continued to fixate our attention on our land borders.

Today, we are strong enough along our land borders — China knows that and Pakistan experienced it first-hand. Our economic growth also pushes our aspirations to be a major regional player.

However, the bigger challenge is emerging from the seas.

If Chinese belligerence is to be deterred, our strategic focus needs to shift seawards while maintaining parity along the land borders. Budgetary allocations will need to take heed of these new equations while ensuring conventional deterrent capabilities along our land borders.

The issue of joint planning and execution of operational plans by the three services for the optimisation of resources has been debated in the Indian context for ages. However, we have not been able to evolve a system akin to the Chief of  Defence Staff (CDS) to head and integrated military headquarters at the apex and follow it up with joint theatre commands. The current system of the senior most Chief officiating as Chairman Chiefs of Staff Committee has not been found adequate.

The CDS would also be the primary advisor to the PM on defence issues, providing the political leadership direct contact with the armed forces.

Are we future ready? That’s a question that needs to be answered. Technology has given the battlefield new dimensions. We haven’t built our capabilities adequately in such areas like cyber warfare, artificial intelligence, robotics, space, etc. These new threats and force multipliers impinge on our force structuring and employment. The evolution of our doctrines has also been pathologically slow.

The Defence Planning Committee that suddenly made the headlines as the panacea for all defence issues, has been below the radar and hasn’t even produced a draft National Security Strategy. In the bargain, the three services are either swimming in a void or making their decisions based on assumptions while also being inadequately involved in government decision making.

The Indian military equipment today is a huge mass of vintage products. 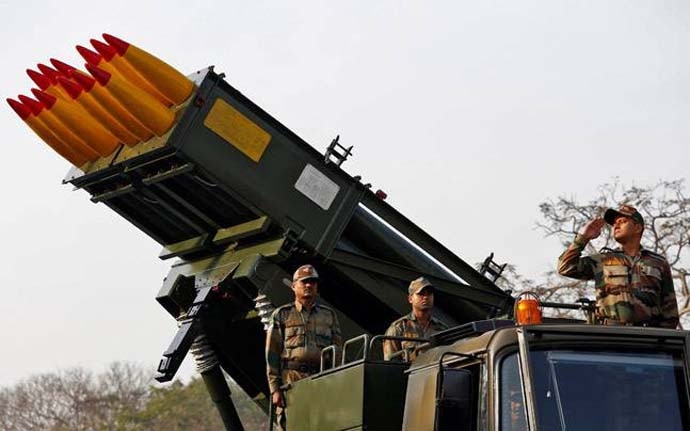 Approximately 68% of our equipment is outdated. (Representational photo: Reuters)

The Vice Chief of Army Staff had stated last year that 68% of our equipment falls in the outdated category. A limited degree of progress has been made during the government’s tenure from 2014 to 2019 — however, we are miles behind the goalposts any military analyst would consider as acceptable.

A profile of 30:40:30 of vintage, contemporary and futuristic technology-driven equipment is considered as an acceptable mix. We have also to take a call on 5G technology. In the future, the armed forces will use a lot of civilian communications and space infrastructure. The issue has wide-ranging security and foreign policy ramifications.

The induction of S 400 air defence system from the Russians or going in for an American system will also need a re-look based on security and foreign policy requirements. 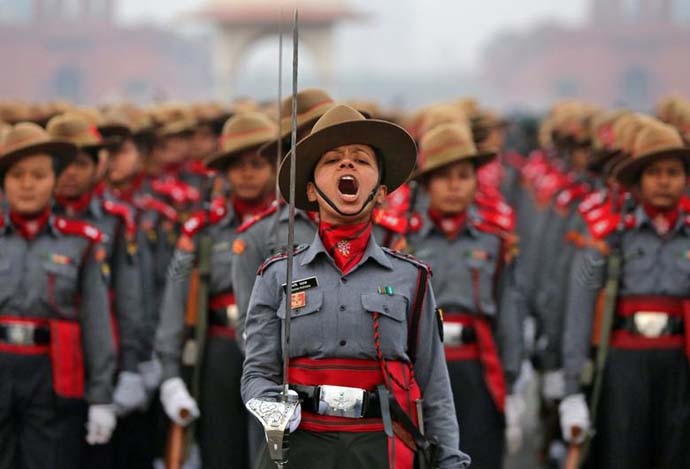 They defend us. It's time we placed more funds and attention to their own defenses. (Photo: Reuters)

At 1.5% of the GDP, the interim budget presented in February 2019 was perhaps as close as we can get to the nadir on the GDP scale of evaluating budgetary allocation. The Chinese armed forces are undergoing a modernisation drive. They hope to be able to field world-class forces by 2050.

We have a window of perhaps 15 years or so in which to develop enough deterrence both in the IOR and along the land borders — as a nation, we have no choices. While diplomacy, building bi-lateral and multi-lateral partnerships need to carry on, the final guarantee of our sovereignty is the strength of our forces.

A new Defence Procurement Procedure (DPP) is on its way and will possibly further liberalise policies for private sector participation. A lot has been done to promote exports. The offices of our defence attach abroad are being used to identify opportunities. However, the Strategic Partnership model of the DPP 2016, that was to be a springboard for the private sector to take off, hasn’t seen adequate progress. Protecting the interests of public sector undertakings has clouded the functioning of the ministry. It will require a very determined effort by the new defence minister to liberalise the systems adequately to allow a more competitive atmosphere to prevail in the defence sector.

Similarly, DRDO needs to be made more accountable for the budget they get. The story is the same for the Ordnance Factory Board. The latest technologies can barely be bought off the shelf. These will have to be developed in the country. Should we really want to achieve the stated objective of 70% of our equipment being of Indian origin, our research establishments will need to play a very dynamic role.

There are a host of other challenges like attracting the right manpower to man lean, mean, techno-savvy forces; equation of service personnel with their civilian counterparts, progressing the National Defence University and a host of other issues that require to be progressed. However, the most important ones are the integration of the MoD with the Service Headquarters in real terms to ensure professional inputs are available at the MoD and creation of the appointment of CDS to ensure direct interphase between the political leadership and the armed forces.

The current dispensation at Delhi has five years of policy-making behind it already. Its mandate for the next five years can hardly be stronger.

It has to take the bull by the horns, find the funds and accelerate defence preparedness.

Post your comment
#Defence Ministry, #DRDO, #Defence budget 2019, #Assam rifles
The views and opinions expressed in this article are those of the authors and do not necessarily reflect the official policy or position of DailyO.in or the India Today Group. The writers are solely responsible for any claims arising out of the contents of this article.