Private member Bill on Ram temple issue: Ahead of polls, desperate bid by BJP to keep supporters in good humour

The saffron party is trying to force the Opposition’s hand on the big question — whether they are for or against the temple.

With the Supreme Court showing no hurry to dispose of the long-pending Ayodhya case, the Ram Mandir demand is unlikely to be resolved logically anytime soon. And the ruling Bharatiya Janata Party (BJP) leadership seems to be fully aware of that.

No wonder, then, that the party’s effort once again is to raise the ‘mandir’ issue to such a high pitch that its supporters remain in good humour, and shower their votes on the BJP. 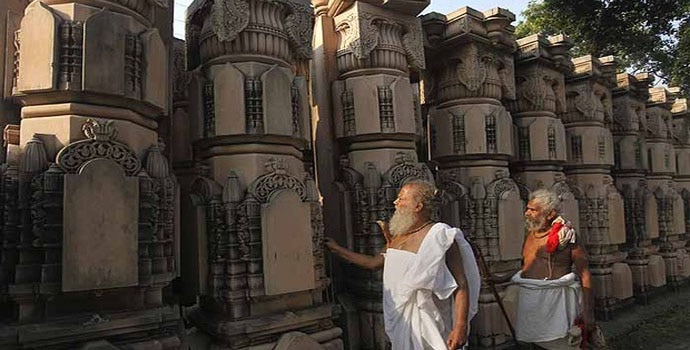 With the contruction of the Ram temple in Ayodhya nowhere on the horizon, a section of the BJP's supporters is getting restive.  (Photo: PTI/file)

At stake currently are not just the 2019 Lok Sabha elections, but also Assembly polls in crucial states, in at least four of which — MP, Rajasthan, Chhattisgarh and Telangana — the temple demand has resonance.

While several prominent figures from different saffron institutions were already doing their bit by loudly reiterating the call for an early construction of the temple at the disputed Ramjanmbhoomi-Babri Masjid site in Ayodhya, certain other voices have also emerged.

The most significant of these belongs to the recently nominated Rajya Sabha MP Rakesh Sinha, who is better known as a Rashtriya Swayansewak Sangh (RSS) ideologue.

“I will soon bring a private member’s Bill [on the issue] in the Parliament,” Sinha said in Delhi on Thursday.

Tagging several leaders, such as Rahul Gandhi, Sitaram Yechury, Lalu Prasad Yadav and Mayawati, he tweeted: “To those who keep asking the BJP and the RSS about when the Ram temple will be constructed, I have a straight question: Will you support my private member Bill?”

Will write Preface (introduction)of my private member bill on Ram temple in Ayodhya.request ?????? ????? ????? ?? 2send me feedback.if @RahulGandhi @laluprasadrjd @yadavakhilesh Mayawati ji @ncbn ask me to visit their residences I would go to know their valuable opinion.

The Ayodhya dispute, of course, is pending before the Supreme Court, and a bench headed by CJI Ranjan Gogoi recently ordered the case to be listed before a freshly constituted bench in January 2019. That bench will decide when to start the hearing in the case, and whether it merits a day-to-day hearing or not.

Sinha on November 1 even questioned the Supreme Court, asking why it was “delaying hearing in the matter”. He said that the issue of Ram temple in Ayodhya was a “top priority for Hindu society”.

Sinha’s action is being seen as a well thought-out strategy of the Sangh Parivar to prove to its target audience that the BJP is really keen on the temple plan. The narrative being sought to be set is that while the party has been handicapped by legal impediments, its leaders are so passionate about the issue that one of them has gone to the extent of bringing a private member’s Bill in the Rajya Sabha. 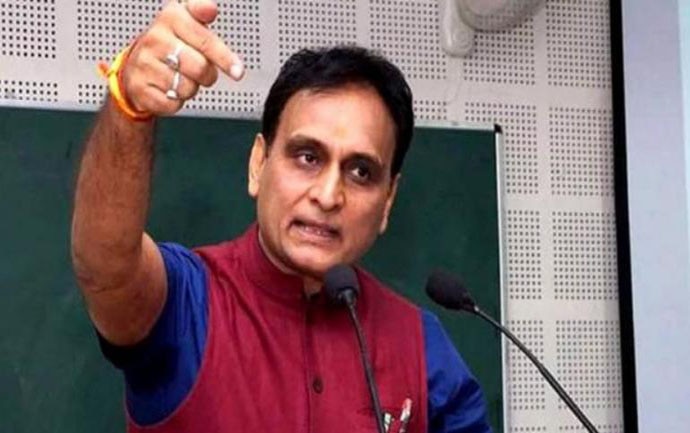 This renewed assertion of the party’s apparent commitment to building the temple is expected to buy them time from those sections of the party’s support base that were getting restive about the non-fulfilment of the long-standing promise.

After all, people are well aware that the Narendra Modi government did not make any effort to get the case listed in court in four years, and got pro-active only a few months ago, when the 2019 General Elections loomed in sight.

The case has been before the apex court since 2010, when the Allahabad High Court gave a verdict to trifurcate the disputed land — two parts to the temple and one to the mosque.

Obviously, despite their oft-repeated claim about not using the Ram temple as a political tool, it is more than evident that the BJP manages to systematically bring the issue to the fore before every election.

Sinha’s tweets also indicate the desperation in the saffron ranks to brand the Opposition, in particular the Congress, as “anti-Hindu” and “anti-Ram”. They have already left no stone unturned to label Rahul Gandhi as “anti-Hindu”. 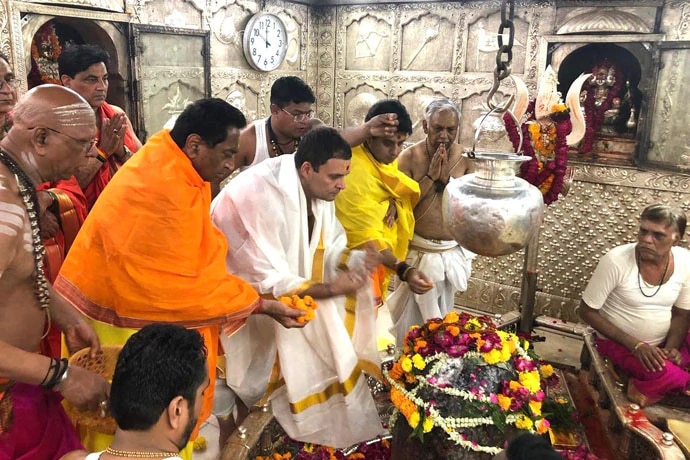 Rahul Gandhi has been touring temples across India, the latest being the Mahakaleshwar temple in Ujjain. (Photo: Twitter/@INCIndia)

However, Rahul’s energetic bid to prove them wrong — by making frequent trips to different Hindu temples across the length and breadth of the country — seems to have caused discomfort in the BJP’s ranks.

It seems that the Sangh Parivar now intends to drive the Congress against the wall by asking them to come out categorically on the big question — whether they are for or against the Ram temple.

However, what the Sangh Parivar seems to be overlooking is that even if their political adversaries were for the temple, they would not want it on the terms dictated by the saffron brigade.

When the Congress and other Opposition parties maintain that they will abide by the verdict of the Supreme Court on the issue, they make their stand loud and clear — to hold the sanctity of the Constitution of India and the law of the land paramount.

The saffron leadership, on the other hand, wants to have their way anyhow — as long as that can reap the desired political dividends.

Also read: Why the Supreme Court – and only the SC – must decide on Ayodhya

Post your comment
#BJP, #Private member bill, #Ram temple issue
The views and opinions expressed in this article are those of the authors and do not necessarily reflect the official policy or position of DailyO.in or the India Today Group. The writers are solely responsible for any claims arising out of the contents of this article.