The editorial in Saamana — founded by Bal Thackeray — has always been considered the voice of the party chief.

No one had expected that Rashmi Thackeray will actually take up an official position as editor of Saamana, Shiv Sena’s mouthpiece, which is famous as much for being in the news as it is for publishing news. Though it is not a political position, people within the party clearly know what this means. Not that she will look after the day-to-day affairs, which will continue to be the domain of Saamana Executive Editor and Shiv Sena MP Sanjay Raut. The editorial in Saamana has always been considered the voice of the party chief. The newspaper, founded by the Shiv Sena founder Bal Thackeray, has always enjoyed clout larger than its circulation. Bal Thackeray faced arrest multiple times for his sharp and controversial editorials during the Mumbai riots in 1992. A word in Saamana could mobilise men from all corners of Mumbai. When Bal Thackeray passed away, the pen was passed on to Uddhav Thackeray and power continued to flow from the nib. Even when the party was facing crises, Saamana was a useful tool to keep the cadres united. 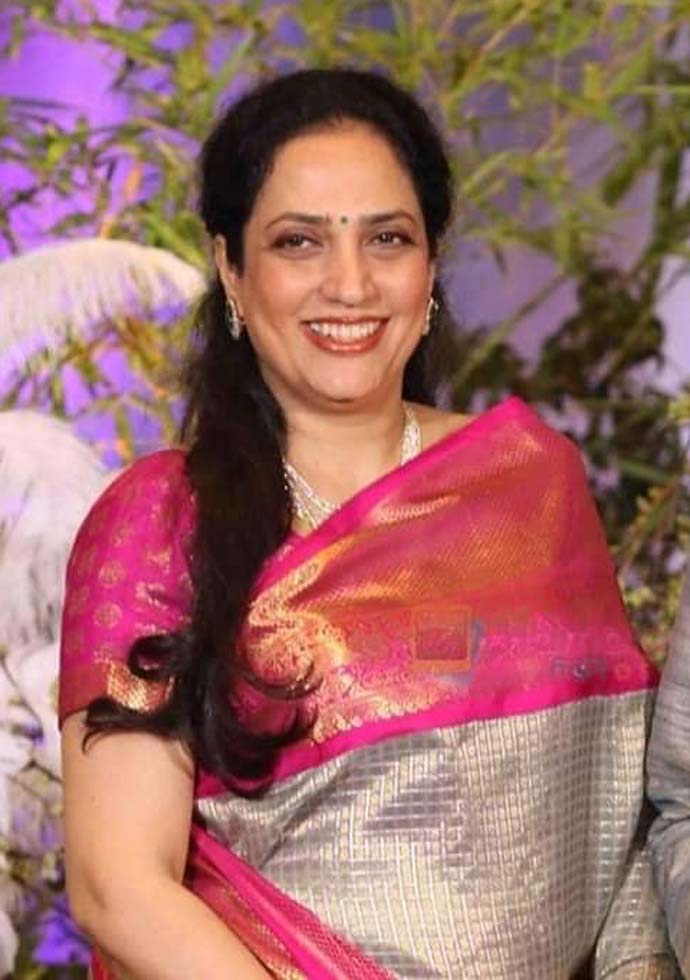 No one had expected that Rashmi Thackeray will actually take up an official position as editor of Saamana, Shiv Sena’s mouthpiece. (Photo: Facebook/ @RashmiThackeray)

Rashmi Thackeray takes over that powerful position, which is only quasi-political but political nevertheless. And this reflects the power structure at the helm of Sena Bhavan and that party remains firmly in control of the family. This is the time of many firsts in Uddhav Thackeray's family’s politics.

It is not that she was not exposed to politics earlier. Her photographs like her late mother-in-law Meenatai Thackeray, who Shiv Sainiks fondly called ‘Maa Saheb’, have always appeared on many party hoardings. Like her mother-in-law, Rashmi Thackeray had looked after the Thackeray household, and many a time, tried to tame the rising tempers during hectic political activities their home has been witness too. With her occupying a chair in the Saamana office, she will play a role outside the house too, unlike Maa Saheb.

Rashmi Thackeray’s influence in Shiv Sena’s decision-making is quite evident. She stood like a rock behind the reluctant heir to the Thackeray inheritance, especially during a crisis he faced during the succession battle in the party. Uddhav Thackeray’s cousin Raj was a strong contender, as strong as it gets. He had modelled himself after Bal Thackeray, both in demeanour and aggression. Uddhav Thackeray was a photography-loving, soft-spoken and genteel man not really excited to jump into the dirt of Maharashtra politics. Coming from a middle-class family from Dombivli, a distant central suburb on the outskirts of Mumbai, Rashmi Patankar used to work in LIC  and was a friend and colleague of Raj Thackeray’s elder sister Jayvanti Thackeray. She met Uddhav like a family friend and wed him in 1989. Hardly seen in public, Uddhav Thackeray then ran an ad agency. He was seen only during Shiv Sena rallies, taking photographs of the crowd and capturing moods of the leaders making speeches. After 1997, when it started becoming clear that now Uddhav Thackeray is going to run the party as he was made part of the main decision-making body, Rashmi Thackeray’s importance in making and thinking of Uddhav Thackeray started becoming evident. Even though her main role had always been to be a moral support to her husband, as Uddhav Thackeray in his initial days after becoming executive president of the party faced major challenges in the wake of a revolt by Narayan Rane and Raj Thackeray, later she is said to have played an important role in making up his mind to make some hard decisions.

It is also said that taking on BJP’s might after 2019 assembly elections and not giving up the demand for equal distribution in power and eventually making Uddhav Thackeray take up the position as chief minister is said to be out of persuasion of Rashmi Thackeray. In today’s Shiv Sena, Rashmi Thackeray’s brother Shridhar Patankar is also an influential figure, her sister’s son Varun Sardesai is a close aide of Aditya Thackeray.

In a male-dominated party like Shiv Sena, in which its highest decision-making body has no woman representative, Rashmi's inclusion as editor of Saamana may bring some change.

#Shiv Sena, #Uddhavthackeray, #Saamana, #Rashmithackeray
The views and opinions expressed in this article are those of the authors and do not necessarily reflect the official policy or position of DailyO.in or the India Today Group. The writers are solely responsible for any claims arising out of the contents of this article.