Once, Mamata, like Modi, had a dynasty-free, pro-people image. To retain her grip on a rapidly saffronising Bengal, she must reinvent her current form. This is how she can go about it.

A few months ago, Mamata Banerjee had her guns trained on the Centre. It can be a cruel coincidence that both Mamata and Chandrababu Naidu — who were apparently the faces of a 'Third Front', which lost its way before it could set out — were left shaken and stirred in their home turfs post-May 23.

But Mamata still has her state — unlike Naidu. However, time is running out.

According to reports, Mamata was away from the public eye for two days. Then, she addressed a press meet, where she said the following things:

Neither of these makes much sense. She mustn’t have failed to see that going by this Lok Sabha result, Trinamool is ahead only in 150-plus Assembly segments and the BJP is ahead in 130. The halfway mark in the 294-seat Bengal Assembly is 148. Given the rapid expansion of the BJP, no one knows what can happen before 2021.

Didi was right when she suggested that she somehow couldn’t concentrate on her party. Founded in 1998, the party rose to fame primarily riding on an anti-incumbency factor. Nandigram-Singur was the wind beneath the TMC's wings.

Strengthening the party and focusing more on development and employment generation should be her only focus. 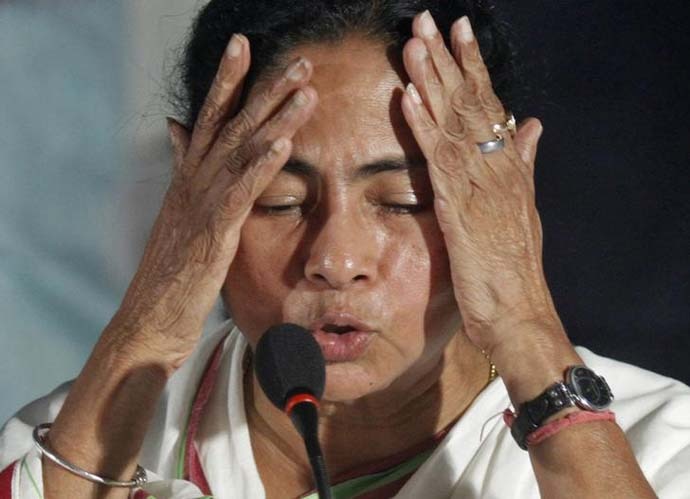 2.). Stop defection (not by violence)

Mukul Roy who scripted the BJP’s Lok Sabha victory in West Bengal has already hinted that he was in touch with 143 rebels of the Trinamool.

Mamata has to arrest this outflow. By any means. (But not unleashing violence).

This leads us to the next point.

Till 2017, Mukul Roy was the second-in-command in the party. His disenchantment with the Trinamool has an interesting backstory. The fallout was actually over the rise of Abhishek, Mamata’s nephew. It was intriguing how Mamata, who also had a Narendra Modi-like rags-to-riches story, got entangled in the labyrinth of dynasty politics, making her party shrink to create space for her nephew.

Yes, it could have worked.

Abhishek’s rise at the cost of Mukul Roy could have taken the narrative to a different destination.

But it didn’t — Abhishek only created embarrassment for the party while Mukul Roy became the BJP’s Midas in Bengal.

It’s time to clip Abhishek’s wings. Some organisational changes have already been made to this effect.

Identify other disgruntled Mukul Roys lurking somewhere in the party, with enough potential to become the BJP’s shot-in-the-arm. Placate them. Fast.

4.). Stay away from 'religion politics'

The voters of West Bengal are already polarised.

But that will make little difference because this is not your forte — it’s not what brought you to power. (Though the party symbol stands for communal harmony, the name of the party also translates to 'grassroots').

Your pro-poor policies brought you to power. Work on that.

Is there any chief minister who is as laughable as Mamata Banerjee presently is? Mamata Banerjee must elevate herself. Not everything deserves her comment. Or her breakdowns. Not the ex-mayor's rumoured love affair; not anything that isn't related to politics. That, of course, would take away much of her quintessential Didi-isms — but it's time now to release Mamata 2.0.