Attacks on India's pluralism and secularism are a 'run from unity'

Every blow to pluralism is a shot in the arm for the two-nation theory propounded by MA Jinnah.

With his gaze fixed on an article concerning the rise of the Islamic State (IS) in Iraq and Syria, one of India's senior-most intelligence functionary said, "The reason why this doesn't succeed here is because of our pluralism. A Muslim attacked is defended by scores of Hindu and vice versa." Instances of religious intolerance "do not help our case".

Only yesterday (October 30), as reported by The Indian Express, in one of India's most-watched trials pertaining to religious intolerance, the judge made a very serious observation. Fifteen-year-old Junaid Khan, who, as per the prosecution, was lynched after being abused on religious lines, the judge hearing the case, additional district and sessions judge YS Rathore, said Haryana's additional advocate general Naveen Kaushik was seen suggesting questions to be put to the witnesses at two hearings.

While Kaushik is a man not linked "directly" to the Rashtriya Swayamsevak Sangh (RSS) and the BJP government in Haryana, his action have damning repercussions. Junaid's family has voiced its apprehension over the possibility of a "sabotage" even before this development was reported. “This act amounts to professional misconduct and is against legal ethics and highly unbecoming of an advocate, particularly because he is a law officer in the office of the advocate general, Haryana,” said judge Rathore and asked for action to be taken against him. 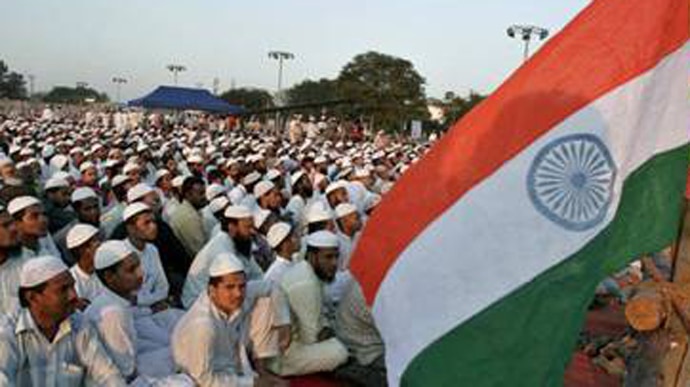 There are societies where majority-domination translated into minority subjugation.

The day after this order, the family of 55-year-old Pehlu Khan who was lynched by cow vigilantes near Alwar on April 1, came to Delhi and pressed for a Supreme Court-monitored probe because the Rajasthan Police gave a clean chit to many of the accused.

There are societies where majority-domination translated into minority subjugation. For example, Pakistan and its bloodlust for minorities, Myanmar's treatment of Rohingyas, the case of Iraq, where the minority Sunni population enjoyed domination while Saddam Hussein's rule lasted. When the end came, the majority Shias struck with vengeance and this fear was exploited to the hilt by the Sunni-dominated Islamic State.

I'd urge you also look east, towards Indonesia. The parliament of that most-populous Muslim country, Indonesia, last week chose to act against rising Islamisation and extremism. It gave the government the power to ban any organisation which acts or goes against the country's secular character.

What about Indian Parliament?

On April 12, senior lawyer and Rajya Sabha member KTS Tulsi sought the home ministry's response on the "attacks on minority communities in the country". This is what the minister of state for home, Kiren Rijiju, had to say: "The available information does not indicate any instance which can be categorically called pre-meditated attack or stated to have been carried out purposely against any member of the minority community. However, 'public order' and 'police' are state subjects as per the provisions of the Constitution of India. The responsibilities of maintaining law and order, registration and prosecution of crimes, including those against minorities, and maintaining relevant data in this regard rest primarily with the respective state governments."

Let's dwell on the country that has unfortunately become the centre of our discourse in India-Pakistan. If the creation of that country was the result of reinforcement of the "Muslim identity" of Indians by the British, it was also the product of the fear of the "Brahmin Bania Raj" in united India as historian Ramachandra Guha puts forward in his book, India After Gandhi.

Every blow to pluralism and secularism here is a shot in the arm for the two-nation theory propounded by Pakistan's founder MA Jinnah.

Coming back to the present, invisible men like the senior intelligence officer in India and across the world are up against an ideology, which detests the world as we know it. "Their goal is the other realm. Death, they say, is their gateway, and life, our society, relationships and values that we have cherished mean nothing. Creating a just and equitable society, or at least making visible attempts towards that is no longer an option before us," he stated.

How are we faring?

Also read: Truth behind those killers who lynched Junaid Khan

#ISIS, #Secularism, #Parliament, #Junaid Khan lynching
The views and opinions expressed in this article are those of the authors and do not necessarily reflect the official policy or position of DailyO.in or the India Today Group. The writers are solely responsible for any claims arising out of the contents of this article.