India's Trump Card: Why inviting the US President to Republic Day is a good idea

This is simply a move to smooth India-US relations. And no, it has nothing to do with India's 2019 Lok Sabha polls.

When the news broke out that PM Narendra Modi’s government had invited US President Donald Trump to be chief guest at India’s Republic Day parade in Delhi in 2019, reactions were on expected lines. Sceptics and optimists alike debated the merit of such an invitation. The timing of this invite, in light of the ensuing Lok Sabha elections, has also been questioned. As things stand now, according to the White House Press Secretary Sara Sanders, “the invitation has been extended”, but no final decision has been made on part of the US administration. The matter will come up and will be discussed during Secretary of Defence James Mattis and Secretary of State Mike Pompeo’s visit to India in the next few weeks, said Sanders.

Despite some initial enthusiasm in the US-India relationship, it saw a lull in recent months. When Donald Trump was elected US president in 2016, many India watchers had high expectations. Trump’s victory was seen as an extension of the sort of anti-establishment movement that brought Narendra Modi to power.

Trump won, beating the now famous 90-something per cent odds of Hilary Clinton winning that election. This election was propelled by the disenchantment of the working class towards its conventional political leadership. The political correctness of the elites and intellectuals, the “socialist” policies of President Obama, and resentment against job-loss due to globalisation had stirred the pot deeply in small town and countryside America. Similarly, in Poland, the right-wing Law and Justice Party swept the polls, beating all odds. The UK sent shockwaves throughout the world after it voted for Brexit. 'Some covfefe, please!' Trump's potential visit will have everyone hooked. (Art: Pathikrit Sanyal)

India watchers saw Trump’s ascendency to the White House in a very positive way, both for Indians in the US and as well as in India. After all, Trump had famously said that he loved the “Hindus”. It is to be noted that Indian Americans in general overwhelmingly vote for Democratic Party candidates. It was for the first time that a relatively significant chunk of Indian origin voters, especially Hindus, not only enthusiastically supported candidate Trump but also voted for him.

However, Trump’s protectionist “America first” policy has taken its toll on the India-US relationship.

The Trump administration has accused the Indian government of increasing tariffs on select US goods. At the same time, the US has also imposed tariffs on Indian steel and aluminium. India’s vote on Jerusalem and its refusal to shut down the North Korean embassy in Delhi were other low points in Delhi-Washington DC ties.

The much-anticipated on-again, off-again “2+2” talks have been scheduled again, which is expected to put the derailed relationship back on track. India’s Foreign Secretary Vijay Gokhale arrived in the US on Wednesday ahead of these talks. On another positive note, India has been granted the much-coveted Strategic Trade Authorization (STA-1) status that allows for sale of more sensitive technologies to India than was possible earlier.

Amidst this rollercoaster ride, inviting a sitting US President to the Republic Day parade may not be a bad idea.

India’s relationship with the US has been growing since the days of the George Bush presidency. Despite some bumps and bruises along the way, the India-US relationship has matured over time. Recognising its growing economic girth, India speaks to the US (and the rest of the world) as a more self-confident nation than it previously has. Domestically in the US, Indian-Americans have increased their political clout significantly.

Indians are one of the most educated as well as the most affluent ethnic groups in the US. After dominating the professional landscape, Indians have started participating actively in US politics in a big way. Currently, Indian-Americans occupy important political positions, at local, national and international levels. As a result, Indians in general enjoy greater political clout than ever before. This helps make top US political leadership more invested in developing and nurturing its relationship with India. 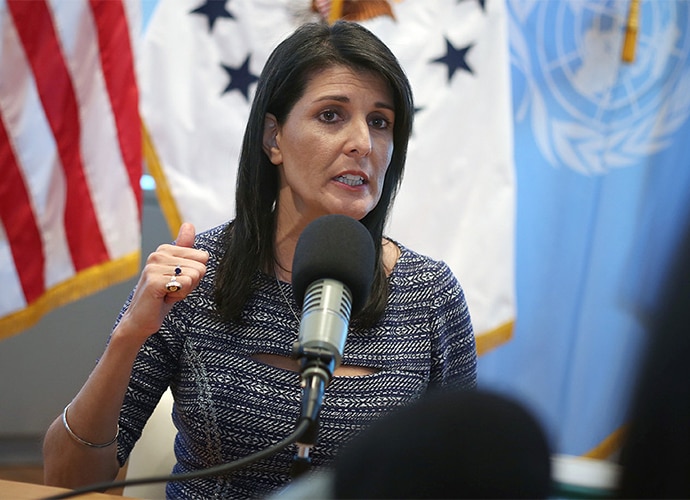 The Trump presidency, on its part, has signalled some significant steps in cementing an already improving India-US relationship. Trump, both as the candidate as well as the president, has berated Pakistan for taking US money and not delivering on its promises to do more to curtail terrorism. The new “Indo-Pacific”, as opposed to the “Asia-Pacific” narrative, also signals a shift in the way the Trump administration looks at India.

Notwithstanding all these improvements, dealing with Trump, both as a person and as a president, can be a bit challenging. His non-conventional style of functioning can prove to be a nightmare for both politicians and bureaucrats alike. Trump not only loves battle but also loves to take the battle to his opponents’ court. Trump is also very unpredictable.

Inviting Trump to the Republic Day parade should not be seen in connection with India's upcoming Lok Sabha elections. It is unlikely to have any bearing on the 2019 general elections. International relations, except with Pakistan, rarely become an election issue in India.

This is purely an act of realpolitik.

#Narendra Modi, #India-US Ties, #Donald Trump, #Republic day parade
The views and opinions expressed in this article are those of the authors and do not necessarily reflect the official policy or position of DailyO.in or the India Today Group. The writers are solely responsible for any claims arising out of the contents of this article.