Was former girlfriend of Putin a RAW agent?

An exclusive excerpt from journalist Yatish Yadav's new book, RAW: A History of India’s Covert Operations, that is the first comprehensive account of Indian spy networks and their role in securing and advancing Indian interests.

The Indian spy agency Research and Analysis Wing (RAW) might have recruited the younger brother of former Soviet Union Foreign Minister Eduard Shevardnadze and an alleged girlfriend of Vladimir Putin, according to RAW: A History of India’s Covert Operations by journalist Yatish Yadav. The book, released by Westland Publications, reveals Indian spies carried out a spectacular operation in Moscow to glean the vital secrets on Pakistan and China.

We present an excerpt from the chapter titled Patience and Pillow Talk. 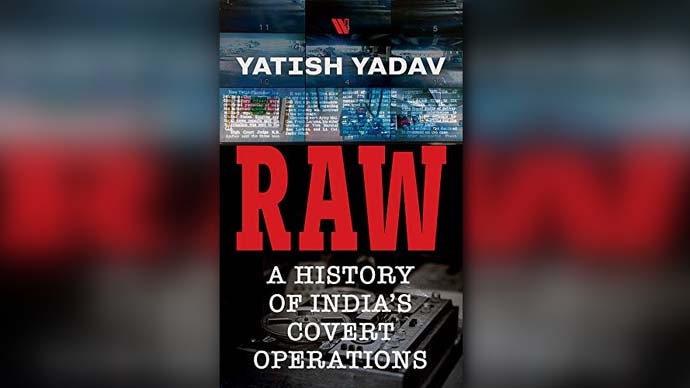 The Indian spies were the first to spot the tall, silver-haired political figure when Soviet leader Mikhail Gorbachev landed at Palam Airport in Delhi in November 1988 with an entourage of diplomats and intelligence operatives. His visit was seen as a reaffirmation of the rock-solid relationship between India and the USSR as well as Gorbachev’s determination to bring new thinking to Soviet foreign policy. In fact this new thinking, which eventually put an end to the decades-long cold war, was engineered by a man in President Gorbachev’s core team. Gorbachev and the awe-inspiring political figure codenamed Nicholas Darchidze had decided to move away from confrontation and create a peaceful atmosphere across the world. Known for his anti-corruption campaign in the communist nation, Nicholas knew when to switch sides in political battles and had swiftly moved from Leonid Brezhnev’s team to Konstantin Chernenko’s camp before being picked by Gorbachev in 1985 for his cabinet.

At the banquet that evening, an intelligence officer codenamed Ashok Khurana met the man. Soon after, Nicholas’s younger brother Aleksandre Darchidze interrupted the polite conversation between the two. Khurana was introduced to Aleksandre and the handshake that followed made the Russian a welcome guest on the list of the R&AW’s ‘prized possessions.’ Aleksandre was in love with India. Khurana, considered to be the agency’s best spy recruiter, took him the next day on a daylong trip to the Taj Mahal in Agra. In the shadow of the monument of love, Khurana cajoled and wooed the powerful Georgian who later became the most important asset the R&AW spies had ever recruited.

The espionage recruitment process has an immense coolness about it. When they were driving back to Delhi, Khurana told Aleksandre that no one knows the ultimate value of freedom better than spies because they risk everything. ‘I may not have a doctrine for life but you will find me always there for you through the chaotic moments the world will witness soon,’ Khurana said.

Aleksandre, well aware of the working style of intelligence organisations, smiled at Khurana. A spy remains a mystery till his last breath. But Aleksandre and Khurana had a sentiment in common against Hamid Gul, chief of Pakistan’s Inter-Service Intelligence (ISI), for breeding terrorism in the subcontinent. Aleksandre was part of the Soviet group that had supervised the KGB’s training of the Afghan intelligence services to fight Gul’s spies.

‘Just remember, I don’t want to be crucified like Jesus and never try to be a shepherd,’ was Aleksandre’s parting advice.

Khurana told me that he had devised a unique mechanism to interact with Aleksandre. They always met in foreign locations and exchanged books and periodicals containing loose sheets that were gibberish to others but a goldmine for Khurana. They never discussed politics in public places. The intense battles between spies and traitors due to the cold war had created new power blocs and India was quite interested in gleaning the secrets of both sides.

In July 1989, Prime Minister Rajiv Gandhi was in Moscow to hold talks with Gorbachev. While the two leaders discussed issues related to bilateral cooperation aside from developments in Afghanistan and Europe, Aleksandre introduced Khurana to Anastasia Korkia, a twenty-seven-year-old public relations executive. Born in Rustavi in southeastern Georgia, Anastasia had moved to Moscow about two months after the Chernobyl disaster and begun working for a lobbying firm that was liaising with the government and the International Atomic Energy Agency (IAEA). A tall, green-eyed beauty, she was fluent in English and a walking encyclopedia on global political affairs. Aleksandre told Khurana that he had been knocked off his feet when the two first met sometime in November 1986. Anastasia moved in with him and, bitten by the love bug, Aleksandre provided her with easy access to the top echelons of the Soviet government. During their brief interaction, Khurana was introduced as a ‘special friend’.

Khurana remained in Moscow even after the prime minister returned to India and spent several evenings at the Aragvi café, a favourite joint of the Soviet elite and spies. The relationship between a spy and a potential recruit is exhausting because it requires patience. ‘You have to see if there is a lock on the face,’ Khurana explained. ‘If there is none, the door of opportunity is open. No wait lasts forever, but we must leave the process in the shadows.’

Khurana waited patiently for Aleksandre’s and Anastasia’s reluctance to work for the R&AW to dissipate. Recruiting an agent can be a nerve-wracking task. The agent must use everything in her or his power to be persuasive, build the bond of friendship and prevail over the potential recruit’s fear of betrayal. A recruiter cannot rush to buy a mole. So he waited for his moment. Before the fall of the Berlin Wall, the two agreed to be R&AW assets. And from November 1989, Khurana started receiving reams of intelligence on Soviet policies towards the USA, Europe and Asia. This was called Operation Azalea.

No intelligence is a waste. It helps the country calibrate its approach to the world and be ready for future incidents. Khurana’s early harvests were Soviet communications linked to Europe and the USA and soon, he also started receiving inputs on the Soviet policy on Pakistan. Months before the demolition of the Berlin Wall began in June 1990, Khurana was provided with roadmaps prepared by the Soviets and the USA for a united Germany. Although the Indian government had no major stake in either West or East Germany besides enhanced economic and trade ties since 1982, the intelligence dossier helped the government redraft its current policies and prepare for upcoming events, such as the way the reunified country would deal with issues like their political apparatus, commercial infrastructure, monetary and other social issues. When Aleksandre’s brother Nicholas planned to visit Washington to hold talks with the Americans, the Indian intelligence was well informed in advance about the agenda on nuclear testing, counterterrorism and reconstruction of trade ties between the two superpowers. The two best-placed assets inside the Soviet regime then informed Khurana that the two sides discussed the withdrawal of their troops from Europe to bring stability in the region. The Indian spy continued to run the two significant assets even after the disintegration of the USSR.

Khurana was a professional. He wasn’t interested in the personal lives of Aleksandre and Anastasia but he was aware that differences had begun to appear between them after the former’s brother was made premier of the newly carved independent state of Georgia. Sexual entrapment is not new in the world of espionage and Aleksandre, Khurana learnt, had used Anastasia as a potent weapon to extract vital intelligence, knowing fully well the risks involved. Khurana said nothing. He continued to receive his harvest. Anastasia had found a lover in a keeper of Russian secrets at KGB headquarters in Dzerzhinskaya Square. The man had played a crucial role during the cold war and according to Aleksandre, was going to shape the new power structure in the next few years. Several intelligence reports about Pakistan’s nuclear programme that Khurana dispatched to R&AW headquarters were the product of pillow talk. When the first BJP-led government came to power for a brief period of time, Khurana was moved to another operation, but he maintained ties with his assets. Khurana said that the intelligence picked up by Anastasia was so good that he had requested a transfer back to the Russian theatre within a year. In 1999, Anastasia’s lover, codenamed Alexei, was at the helm of affairs in Russia. Now Khurana knew virtually everything happening and being planned at the Kremlin. Alexei was a close ally of India though Indian interest in him was limited to needing prior knowledge of his moves towards Pakistan and China. Sometime in late 2000, Alexei was promoted. Khurana met Aleksandre in Tbilisi. His brother Nicholas was facing political turmoil, yet the two discussed and planned the future of Operation Azalea. Nicholas had returned to power in the April 2000 election, but there was brewing discontent among his cabinet colleagues that was fanned by the opposition. He was worried that disgruntled elements inside Georgia were supported by social sector organisations operating from the USA.

Aleksandre, however, quietly dropped a bombshell. Anastasia could provide intelligence on other countries that Alexei’s regime was gleaning from a variety of sources including double agents, but this would come at a heavy price. Khurana knew the agent was pushing the boundaries but he remained non-committal. In such a scenario, he said, the decision has to be taken by the top bosses. Khurana recalled that the offer was deliberated for some time at the highest levels of the R&AW. Questions were raised as to whether Anastasia’s move was ‘politically motivated’ to spread disinformation. And above all, what was the utility of buying such intelligence at a high price?

‘Any slack end may inflict enormous damage to a cordial relationship,’ Khurana was warned.

Fearing a backlash, the government headed by Atal Bihari Vajpayee was not interested in continuing the operation. Since spies cannot operate in a political vacuum, Khurana had to accept the government’s priorities. When he conveyed the decision to Aleksandre in April 2001, the Georgian said nothing. He just smiled before leaving the Moscow café where they had met.

‘I ran into Aleksandre in Berlin sometime in 2004. I was sitting in a café and having a chat with an old friend when he came over and patted my back. I was happy as well as embarrassed to see him,’ Khurana told me. ‘He whispered in my ear, “We could have prevented December 2001” and left. He meant that if I had continued running them, we could have prevented the December 2001 attack on the Indian Parliament. Tragedy can often be traced to mistakes we have made in the past. His words haunt me every time we pay homage to our brave security personnel on 13 December. No matter how good the deal was, for me personally, Operation Azalea ended in both massive triumph and failure,’ Khurana said.

#Vladimir Putin, #Soviet union, #Book excerpt, #Research and analysis wing
The views and opinions expressed in this article are those of the authors and do not necessarily reflect the official policy or position of DailyO.in or the India Today Group. The writers are solely responsible for any claims arising out of the contents of this article.

The writer is an investigative journalist and author. He has spent more than 15 years covering intelligence and investigative agencies, and extensively reported on conflicts in Kashmir, Northeast and the red corridor.