Why resistance movements fail to bring social change in India

“Where there is power, there is resistance.”

Resistance movements are a tool to advocate for change — social change for the most marginalised and deprived communities.

It is indeed essential for social dialogue. But in today's market-oriented societies, the element of resistance is either weakening — or on the verge of dying.

In the recent past, there has been a constant weakening of social movements. Now, resistance movements all over the world appear like defused bombs. They are losing potency and their transformative impact to challenge the structures of dominance — the state and its power — is eroding.

Social movements have been reduced to everyday resistance, as observed by eminent anthropologist James Scott. Sometimes, it comes out as a civil society in the form of short-term resistance. Resistance movements in contemporary times have failed to sustain themselves as transformative movements and have instead accommodated, assimilated and adjusted with the state or other dominant forces, against which they initially evolved. 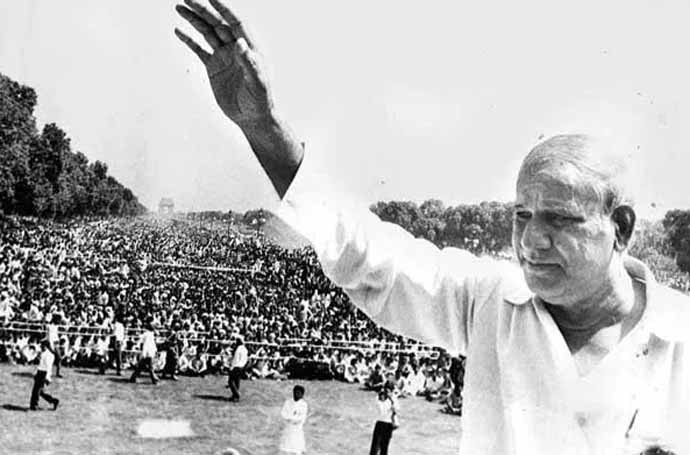 This may be true for Dalit, tribal, labour and other movements in South Asian societies and elsewhere across the world.

The problem with many of these resistance movements is that after some time, they start to adopt and emulate the values of those against whom they were fighting. The tone and tenor of the dominant class slowly percolate into the resistance movements and consequently change their characters.

We have seen how leaders of subaltern groups eventually adopt the political culture and mannerisms of mainstream parties and leaders. Most of the labour movements in Mumbai or Kolkata faded away in the recent past as their union leaders adopted the "mannerisms" of their sahibs and the managements. Too much stress on economism in labour mobilisations weakened them slowly. Some tribal leaders gradually walked over to mainstream political parties and could not maintain their culture of difference — their strength.

Most of these resistance movements aspired to an alternative political culture and language and a claim for identity, rights and values. But slowly, under the influence of mainstream politics, they end up accepting those dominant traditions explicitly or implicitly against which they had started their movement.

When Kanshi Ram started the Bahujan movement in Uttar Pradesh, it was an assertion for an alternative political culture. But slowly, leaders of the movement started behaving in a manner similar to that of the dominant political parties. Opportunism, corruption and self-interest crept into the everyday lives of the leaders. This affected the second rung of leaders and some of its cadres who were the backbone of the mission.

In the beginning, it started as a movement and a mission — but it slowly transformed into a political party with the usual faults.

The Aam Aadmi Party (AAP) also emerged out of a mass movement led by eminent social activist Anna Hazare, but got weighed down by contemporary political culture, as proposed and followed by mainstream parties.

Most of these movements failed to develop an alternative language to communicate with their followers and started speaking the mainstream language. The Aam Aadmi Party also emerged out of a mass movement, but got weighed down by contemporary political culture. [Credit: Reuters photo]

Some resistance movements in the past have led to the emergence of political parties and leaders but, in most of the cases, these parties failed to develop their own independent politics.

In the case of the Dalit movement, Kanshi Ram diagnosed this problem as "chamcha age" (the era of stooges).

In his famous book, The Chamcha Age, he remarked that most Dalit leaders of our times could not develop any alternative Dalit politics in India but worked as stooges (chamchas) of bigger political parties. He analysed the politics of the post-Ambedkar Republican Party of India (RPI) through this perspective, and Dalit leaders working in coordination with the Congress in the post-independence era.

But it's the rise of the new middle class that is steering these movements towards compromise, negotiations, adjustments — the lure of consumerism slowly eroding our resilience and elements of resistance. Marx, Lenin and Ambedkar, at some point in their lives, criticised the self-centeredness and leisure-seeking attitudes of our middle class.

Yet, the state in close coordination with the market is applying all techniques to control resistance movements and not allowing these to sustain themselves for a longer time.

We have almost forgotten the suggestions of eminent historian Eric Hobsbawm that "capitalism is not the answer, but the question". We have stopped searching for answers and are happy with whatever is proposed by the state and the market.

But there is still one option left for us, as suggested by Milan Kundera in The Festival of Insignificance: "There's been only one possible resistance — to not take it seriously."

If only the sarcasm was not lost on us.