The ongoing tussle ahead of RK Nagar by-poll shows there is no dearth of political drama in Tamil Nadu. In a latest twist to the by-poll drama, the Election Commission today (December 9) transferred the returning officer, K Velusamy, and posted Praveen P Nair in his place.

The "VIP" Assembly constituency in Tamil Nadu - that fell vacant following the death of former chief minister J Jayalalithaa last December - is set to go to polls on December 21.

Earlier, the nominations of actor Vishal, an independent candidate, and Deepa Jayakumar, Jayalalithaa's niece, were cancelled by the Election Commission. While Vishal’s papers were cancelled after two of the 10 proposers mentioned in his affidavit claimed not to have signed the papers, the EC rejected Deepa’s nomination saying that one of the forms - Form 26 (I) - had discrepancies. 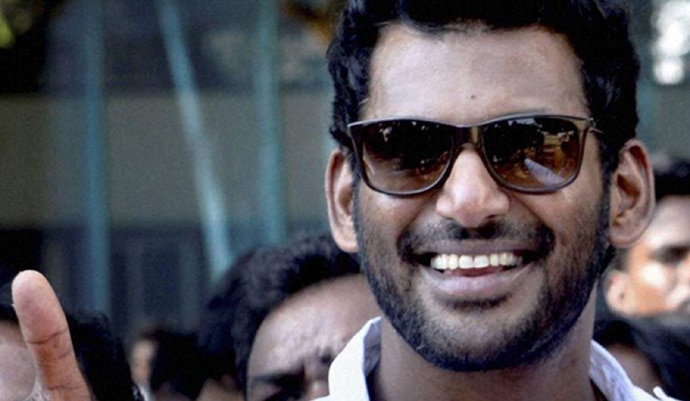 The developments snowballed into a major controversy over the returning officer's role and alleged muscle-flexing by the ruling AIADMK OPS-EPS faction. As the Vishal episode panned out, AIADMK opponents cried foul and DMK working president MK Stalin demanded that the returning officer be replaced.

Interestingly, in April this year (when the RK Nagar by-poll was initially due), based on a demand by the DMK to change the then returning officer, TN Padmaja Devi, to ensure free and fair elections, the EC had shifted him out. Back then as well, Praveen P Nair was the one who had replaced Padmaja.

But eventually the by-poll scheduled for April 12 was postponed by the EC following allegations of rampant bribing of voters and other irregularities. Earlier, the EC even had to freeze the AIADMK party name and symbol (two leaves) due to too many claimants following major rifts within the party.

Coming back to Vishal’s case, the EC decided to cancel his nomination papers after two of the 10 proposers allegedly said that the signature on the documents were not theirs. Vishal then met the returning officer, Velusamy, and presented before him the audio recording of the proposers claiming to have been intimidated by AIADMK (OPS-EPS faction) candidate E Madhusudanan.

However, as of now, there seems to be little hope for both Vishal and Deepa even though their protests seem to have led the EC to replace the returning officer.

Deepa earlier had said, “There is no fairness in the way the election is being conducted. I will approach the CEC and court. This by-poll needs to be cancelled.”

What everyone wants to know is - will the new returning officer be able to handle the pressure? And will he be able to ensure that this time around the by-poll is being finally conducted?