Target Vadra - Cornered on Rafale, BJP resorts to its tried and tested formula

It was a lazy, sultry Sunday afternoon. Amid hectic poll campaigning for the 2014 Lok Sabha elections, all eyes were on a 'nukkar sabha' in Maharajganj in Rae Bareli.

Congress’ star campaigner Priyanka Gandhi Vadra was about to speak. At that time, she was leading the campaign battle from the front, forcing the BJP to 'run for cover'.

On April 27, 2014 too, everyone expected a cracker of an innings from her. But then the BJP fired its brahmastra — a video and booklet titled ‘Damad Shree’, targeting Priyanka Gandhi's husband, Robert Vadra, a businessman.

During the entire 2014 poll campaign, BJP leaders, including their PM candidate Narendra Modi, screamed on top of their voices about alleged land deals (in Haryana) of the then Congress president Sonia Gandhi’s son-in-law by terming it as "Robert Vadra model of development". 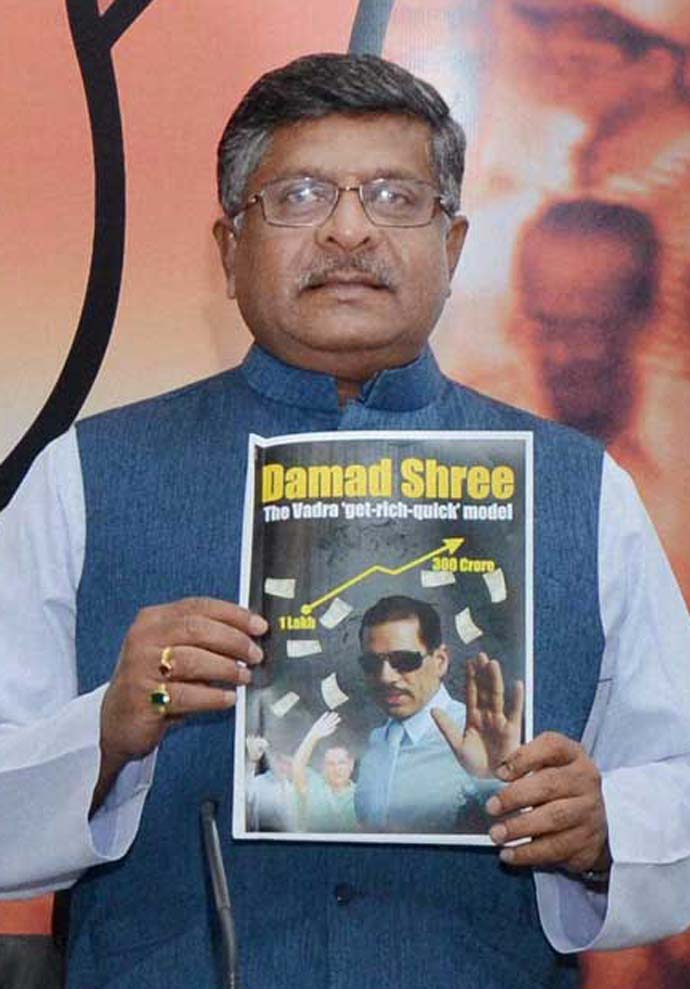 The BJP a released a video and a booklet titled ‘Damad Shree’, targeting Robert Vadra in 2014. (Credit: Twitter)

I clearly remember, how Priyanka Gandhi had reacted at Maharajganj when someone from the media broke the news about BJP’s 'Damad Shree' campaign.

She said that the BJP would resort to lies before polls. "Yeh baukhalaye hue choohon ki tarah bhag rahe hain... Jitna karna hai kar lein. Main kisi se nahi darti. Main inki vinashak, nakaratmak, aur sharmnak rajniti pe bolti rahungi (They are scrambling like panic-stricken rats... let them do what they want, I am not scared of anyone and won't sit silent. I will continue to speak up).”

However, it seems things are a bit different now. The BJP and PM Narendra Modi are facing severe attacks over the Rafale deal and demonetisation from the Congress led by party president Rahul Gandhi. According to Congress insiders, the BJP in Haryana is miffed with the fact that Hooda's rallies are a big hit across the state. Also, the BJP was already on the back foot due to demonetisation, job shortage and farm crisis and now Rafale deal. So, they are resorting to their tried and tested formula — target Vadra — to corner the Congress.

The BJP, however, is maintaining that their governments — both at the Centre and the state — are serious about cracking the whip on corruption-related issues. The Congress, in the meanwhile, is firing on all cylinders against the BJP, saying that the latest police complaint against Vadra is nothing but an attempt to divert attention from core issues like the Rafale deal and demonetisation.

The Congress’ stand: "As Assembly elections in four states and next year's general elections are drawing near, the fake news factory and 'dirty tricks department' of the Modi government and the BJP are working overtime."

Interestingly, after the registration of the FIR, the Gurgaon Police, probing the illegal land dealing involving Vadra and Hooda, are still waiting for a go ahead from the state government. The Gurgaon Police have written a letter to the DGP of Haryana on September 1, seeking permission from the state government to investigate the case. The permission is required as the case has been lodged under Section 17 (a) of the Prevention of Corruption Act.

After the 2014 Lok Sabha polls and later the Assembly elections in Haryana, much water has flowed under the bridge. But the cases against Vadra and Hooda still are stuck in the 'prosecution' pipeline. Interestingly, both the accused and the accuser are asking for just one thing — “justice”.

IAS officer Ashok Khemka, the whistleblower in the case, recently tweeted: “Dhingra Commission of inquiry was wastage of time and public money. What a private man could do now, the state government could have done three years earlier. They had access to official records and my reports of May 21, 2013 and February 12, 2015.  Shielding the corrupt is also a corrupt act.”

On the other hand, Hooda said, “I also want that the truth should come out. I have done no wrong.”

The BJP is also asking why Vadra has not explained anything on the land deal issue so far. 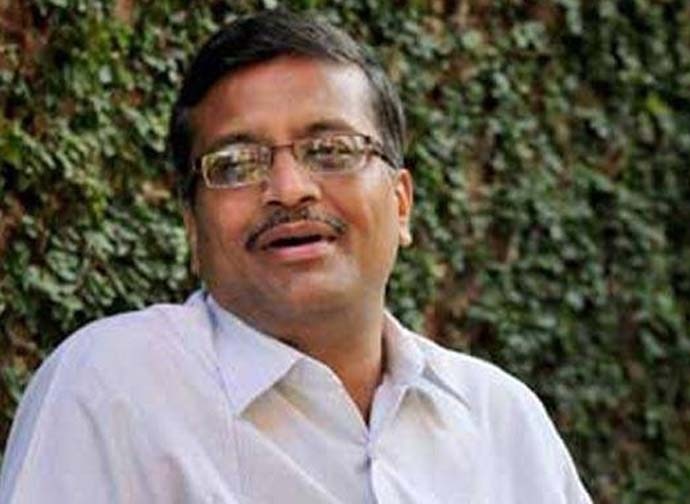 According to BJP spokesperson Nalin Kohli, “The matter has been in public domain for some time. Till date, Vadra has not offered any explanation as to how his company could earn such profits without any undue influence from the then Congress government in Haryana. Also, if all transactions are legitimate and not illegal, then why has he shied away from providing all facts to clear the allegations against him.”

Shiv Bhatia, media advisor to Hooda, hit back saying, “The BJP always take out 'Vadra genie' whenever there is an election, or the party is on a sticky wicket. Now they are completely spooked out because of the Rafale case. So to divert attention they got this half-baked FIR registered. The Gurgaon commissioner is seeking permission to investigate the case.

"This is really bizarre that without evidence they file an FIR and then seek permission to probe. What does it show? This is nothing but political vendetta.”

Countering the Congress' stand, Kohli said, “Vadra and the Congress party, which rushes to his defence, cannot argue from both sides. They didn't provide any explanation in the first place, and now that an investigation is taking place, they are shouting that this is a witch hunt. If Vadra is innocent, the best option is to join the investigation and provide details of his version, instead of making allegations against the BJP.”

While the BJP and the Congress is fighting it out, India Inc is closely watching the developments.

“It’s election season and more and more corporates, businessmen, will be targeted by various political parties for electoral gains. Don’t forget Vadra is a businessman,” said an industralist who didn't wish to be named.

Political observers, however, believe the BJP‘s “target Vadra” campaign has lost its sheen.

“The voters are not fools. They will also question the BJP. Why does it raise the Vadra issue every time it is unable to counter corruption charges against the party levelled by the Congress,” said a political analyst.

Though adage goes "innocent till proven guilty", Vadra will have to face more FIRs and attacks in this poll season.