FEBRUARY 24, 2022, THURSDAY, is a date to remember. An Air India flight headed to Kyiv, the capital of Ukraine from New Delhi to repatriate Indian nationals made a U-turn before even reaching the borders of Ukraine. An Israeli flight slated to fly over Ukraine’s airspace also made a sharp U-turn.

#AI1947, which was to have been the second of three special repatriation flights for Indians in Ukraine, has just turned around. The flight had been continuing west for some time after Ukraine closed its airspace to commercial traffic. https://t.co/2iT6iP0g6v pic.twitter.com/HjbuLnk9gv

For the past few days, very few airliners were actually flying over Ukraine, reminiscent of the almost empty airspace shown by flight tracking platform, Flightradar24. Only some unmanned spy planes belonging to the US and the NATO forces were seen circling above Ukraine’s airspace. Now, none of the civilian airliners are flying over Ukraine.

Ukraine finally closed off its airspace to all civilian carriers, weeks after it set aside funds to keep the airspace open. NATO and Ukrainian officials have said that Russia has declared war. And Russian missile strikes were reported in Ukraine's capital Kyiv and other cities, not just limited to the rebel-held areas in the east.

However, Ukraine’s airspace closure has been years in the making and is not just a consequence of the recent conflict.

WHY IS UKRAINE’S AIRSPACE AVOIDED? It began before 2014, and definitely cemented the avoidance of Ukraine’s airspace after 2014.

2014 is a year the world remembers as some ghastly events that occurred related to Ukraine. It is the year the world also paid the consequences for. Russia had started annexing Crimea, a southern peninsula, then part of sovereign Ukraine. At the same time, Russia also reportedly backed separatist and pro-Russian rebel groups in eastern Ukraine and helped them push the Ukraine forces back. Now, it is the same two regions where Russian troops have been deployed.

During this conflict, there was one more massive casualty.

298 innocent people of various nationalities were shot down and fell to their burning death in eastern Ukraine. This is the downing of Malaysia Airlines Flight 17. Or, MH17, as the cursed flight was called.

Malaysia Airlines Flight 17 was a passenger plane flying from Amsterdam to Kuala Lumpur in Malaysia. It did not have any stops in Ukraine, but its flight route flew over Ukraine, including the conflict region of eastern Ukraine, over the border of Ukraine and Russia. However, when it reached eastern Ukraine, at the altitude of 33,000 feet, it was shot down by a surface-to-air missile.

The passenger aircraft broke into three parts and crashed into the ground at various locations in eastern Ukraine, killing all 298 passengers and crew on board.

WHO SHOT DOWN THE PLANE? An investigation revealed that pro-Russian groups in eastern Ukraine shot down the plane. It was also reported that the missile - Buk 9M83 surface-to-air missile – was loaned by the Russian military to the rebel groups, and was returned soon after. However, Russia to this day denies allegations that it was involved in shooting down the passenger plane.

Before the incident in 2014, a few other Ukrainian military aircraft were also shot down.

WHY WAS THE MALAYSIAN PLANE FLYING OVER THE CONFLICT ZONE? Back then, local authorities had cleared planes through the eastern Ukrainian airspace as long as they stayed above 32,000 feet. And the Malaysian plane was flying well into the stipulated safe flying zone. 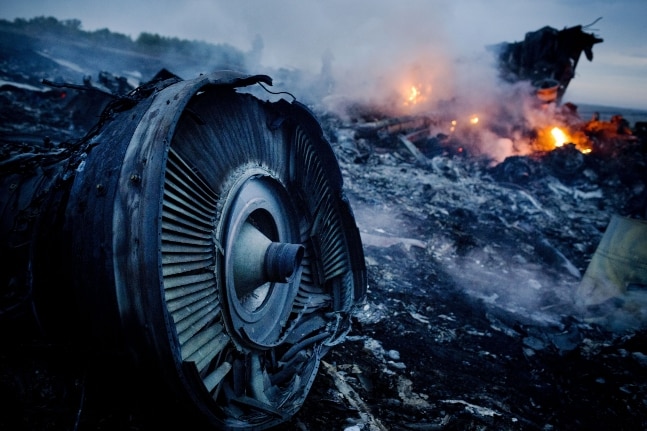 During the day the Malaysian plane was shot down, several other flights were flying nearby or were scheduled to fly through the same zone, including an Air India flight. However, things as we know now did not turn out to be so great.

In hindsight, Russia had managed to alienate Ukraine from the rest of the world by launching attacks or supporting attacks through its airspace and deeming it unsafe. For Ukraine, this must have meant a loss in state revenue as airliners usually pay governments to fly into a country’s airspace. 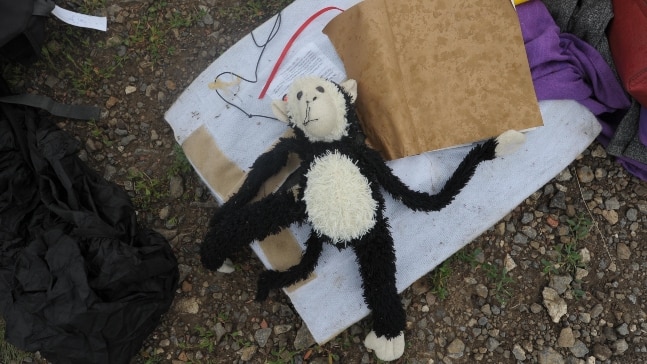 It also meant that there were very few airliners willing to take passengers to Ukraine. Airliners and carrier planes are not obligated to keep a destination connected to the rest of the world. And Ukraine was made to pay the price by Russia.

The world should take note of such tactics used by countries as other countries with aspirations such as Russia’s can also take a leaf from its playbook. India doesn’t need to look too far to find which country could find that inspiration. Taiwan is already keeping an eye out.

To read more about India's stance on the Russia Ukraine conflict, click here.