Why India-Russia are an ideal match for each other

Rapidly expanding privileged strategic partnership between the two countries bodes well for their future as well as the region.

Second interaction will be during Putin's visit to India to attend the BRICS and India-Russia annual bilateral summit in Goa on 15-16 Oct, 2016.

This was Rogozin's fourth visit to India since Modi's victory in May 2014. This is testimony to the significance that both countries attach to bilateral partnership.

Strong relations with Russia are a key pillar of India's foreign policy. In his meeting with Rogozin on August 20, 2016, PM Modi described Russia as "a time-tested and reliable friend..."

Recent years have witnessed rapid growth in all aspects of bilateral partnership. Russia of today is not the Russia of 2014 when it was reeling under onslaught of Western sanctions. Russia is rapidly emerging as a confident and resurgent power.

With Indian economy growing at a robust 7.6 per cent per annum, time is propitious for the two countries to take their relationship to a new high level.

Russia continues to be India's main trading partner in military and technical sphere with more than 70 per cent of equipment in the Indian armed forces being of Russian origin.

Bilateral engagement has evolved from supply of end products to technology transfer, joint research and development. 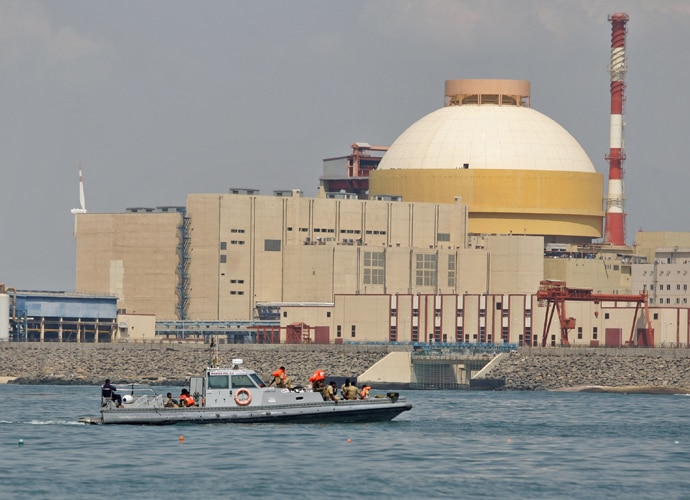 The most rewarding example of joint cooperation is successful designing and manufacture of sophisticated BrahMos supersonic cruise missile for Indian armed forces and export to third countries.

Discussions for exports to UAE, Vietnam, South Africa and Chile are at an advanced stage. Most bilateral projects are in consonance with Make in India programme launched by PM Modi.

Nuclear energy has emerged as one of the most significant and fastest growing areas of bilateral cooperation. Two 1,000MW power plants are already functional at Kudankulam in Tamil Nadu.

Four more are slated to come up in the same vicinity. During Modi's visit to Moscow last December, it was decided to establish six more 1,000MW nuclear power plants probably in Andhra Pradesh.

Russian atomic power corporation Rosatom is interested in participating in Make in India programme for assembly of fuel rods and control system components.

Some components can be assembled in India for use domestically, for export to Russia and to third markets.

Hydrocarbons hold enormous potential for bilateral cooperation. Russia is one of the world's largest producers of oil and gas.

As a result of Western sanctions, Russia has adopted a new "Asia Pivot" strategy, the most marked aspect of which is its turn towards India and China.

India's energy demand is growing at a rapid pace. Today, India is dependent on imports of oil to the extent of 80 per cent of its requirement and in gas it is 37 per cent.

Russia and India hence make an ideal match as producer and consumer. India is significantly invested in Russia's oil and gas sector.

Its first investment was a 20 per cent stake in Sakhalin I worth $1.7 billion in 2001. This investment has yielded impressive gains.

ONGC Videsh (OVL) invested $2.1 billion to buy 100 per cent stake in Imperial Energy in 2009. This turned out to be highly unprofitable both because of the high price paid and inadequate production from the oilfield.

In lieu, OVL has picked up significant stakes in Bashneft, Titov and Trebs fields off the Arctic continental shelf.

In July 2015, Essar and Rosneft signed a preliminary agreement for Rosneft to acquire 49 per cent stake in Essar's Vadinar Oil refinery and supply crude to Essar over ten years.

In September 2015, OVL signed an agreement with Rosneft to acquire 15 per cent stake in Vankorneft project, the second-largest oil field in Russia.

Recently in June 2016, an Indian consortium signed a sale-purchase agreement with Rosneft for the acquisition of 23.9 per cent in Vankor oil block.

The growth in trade and investment has not been commensurate with other areas of bilateral engagement.

Two-way trade continues to languish at an abysmally low level of $10 billion. The two countries have fixed a target of $30 billion by 2025.

Also read - Modi in Moscow: 3 key issues PM would want Putin to warm up to

Regional countries need to collaborate actively to ensure that Afghanistan does not descend into conflict and instability.

Russia and India can play a crucial role in this as also in dealing with the scourge of terrorism emanating from Pakistan, Afghanistan and the Middle East.

Unrest and continuing violence in Syria as well as uncontrolled spread of Islamic State, terrorism and radicalisation of youth are other challenges that the two countries need to quell and overcome together.

Both India and Russia are factors of peace, stability, security and economic development - domestically, bilaterally and regionally.

Rapidly expanding special and privileged strategic partnership between the two countries bodes well for future of India and Russia as well as the region.

Post your comment
#G20, #Narendra Modi, #Vladimir Putin, #India-Russia Ties
The views and opinions expressed in this article are those of the authors and do not necessarily reflect the official policy or position of DailyO.in or the India Today Group. The writers are solely responsible for any claims arising out of the contents of this article.