Kerala’s 'progressive secular' CM knew Sabarimala crisis was brewing. Why didn’t he do more to avert it?

The administration had time, resources, and seemingly, the intent. Yet, chaos reins at Sabarimala.

Even as large parts of the country celebrate Navratri in worship of the Devi, women in Kerala are being beaten up, for daring to enter a temple. Protests at Sabarimala — which the Supreme Court recently ruled could be visited by women of all ages — are gathering momentum, and the administration appears rather helpless.

Reporters from at least four news outlets — India Today, The News Minute, Republic TV and News18 — have been attacked, with women reporters assaulted and their equipment damaged. While cars going to towards the temple are being “searched for young women”, protesters are threatening to burn vehicles that ferry women to the site. 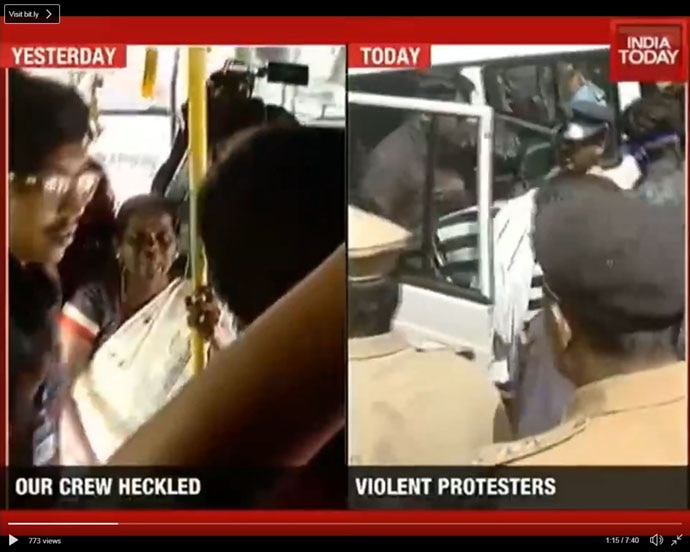 As the crisis continues to deepen, the Chief Minister of the state, Pinarayi Vijayan, has flown out of the country. Vijayan was scheduled to go to UAE to mobilise flood-relief funds for his state.

The Sabarimala protests have surprised no one. Emotions have been on the boil since the Supreme Court verdict on September 28. October 17 is the first day the temple has opened since the verdict.

The state government had more than adequate warnings about the protests — various right-wing groups, and political outfits like the Shiv Sena and the BJP, had chest-thumpingly announced they would obstruct the implementation of the SC order.

It had more than 20 days to mobilise administrative machinery to deal with the protesters.

How, then, did it allow the situation to become what it is now?

In any BJP-ruled state, by now, there would have been cries of government complicity in this. What do we call the avowedly secular, progressive LDF government? Utterly inefficient in, or for reasons of its own, unwilling to, deal with the issue?

Publicly, Vijayan has made all the right noises on the issue. He has repeatedly said his government will ensure that law and order, and gender equality, are upheld in the Sabarimala case.

Indeed, even if he did manage to ensure that, it was no credit to him or his ideology — the decision was the Supreme Court’s, and the state government is duty-bound to facilitate its implementation. 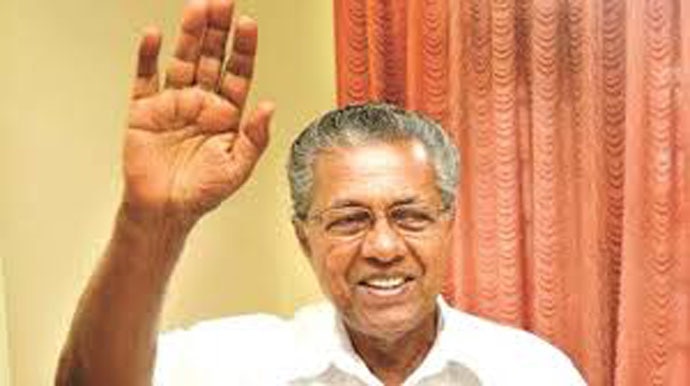 After saying much and doing seemingly little, Kerala CM Pinarayi Vijayan has flown out of the country. (Photo: PTI/file)

But Vijayan has used the issue to earn brownie points over his “secular liberal” credentials, while permitting the situation on ground to be completely different.

If, with the best of intentions, this is all his administration can do, it raises serious questions about the efficiency and efficacy of the Kerala government.

The entry of women into Sabarimala has the potential to alter Kerala’s political landscape.

The BJP, which has been desperately looking for a foothold in the state, has dug its heels in over the issue with relish.

The Congress is doing what it does best — hanging about on the edges, while hoping it can run with the hare and hunt with the hounds. While its top leadership has taken the ‘prim proper progressive’ position, its state unit is backing the protesters.

On the face of it, Vijayan has everything to lose here. If he forcefully allows women to enter the temple, he risks antagonising a large section of Hindus — exactly the opportunity the BJP needs. If he lets the protesters have their way, he loses the secular liberal chip on his shoulder.

But he is fighting well. In his comments on the issue, he has neatly tried to club the BJP and the Congress in the same bracket, while evoking the values of rationality and progressiveness.

At a rally on October 16, he said targeting the Congress: “If faith soars higher than even the Constitution, why can't you people stand for the construction of the Ram temple in Ayodhya. Haven't you realised the folly of aligning with the BJP in this issue…If everything is to be based on faith, just imagine what our future would be.” The temple is the latest site of the tussle between faith and the rule of law. (Photo: India Today)

But he has been careful to not anatagonise Hindus, not slam the protesters, and to pointedly invoke Hinduism’s “reform” credentials. “Our renaissance leaders had taught us to cock a snook at age-old customs. When Sree Narayana Guru installed a Siva deity in Aruvippuram, or when Ayyankali set out on a 'villuvandi' through the roads till then used only by the upper castes, they were defying customs. Customs are there to be broken,” he said at the same event.

This was an excellent opportunity for the Kerala government to show that faith is not above law, as has been its stated position all along. It had time, resources, and seemingly, the intent. Could it not have made better preparations to allow women smooth entry into the temple? Or at least avoid the violence and chaos playing out at Sabarimala at present?

Vijayan, even as he puts up a “liberal-secular” face, is allowing Hindutva protesters to “vent their feelings” on the ground level. 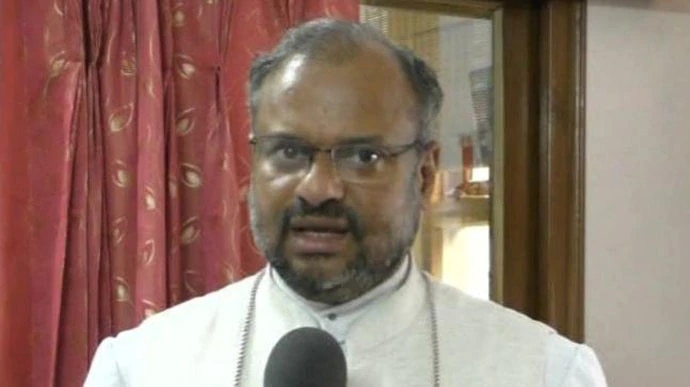 Just before this, we saw the Kerala administration being similarly halting and hesitant in acting against rape-accused Bishop Franco Mulakkal, possibly out of deference to a certain section of Christian sentiments.

India’s secularism probably needs to be saved more from such ‘champions’, who conveniently abandon it for vote bank politics and appeasement of powerful communities.