Pushing Pilot out of cockpit

There's schadenfreude among Sachin Pilot's so-called friends when Ashok Gehlot hoots him for being a handsome, English-speaking lightweight as if only age and treachery have substance.

Now that the hot takes have gone cold, it’s time to look at the other side of Sachin Pilot’s coup gone cuckoo. The coverage and hot takes have disproportionately favoured the magician of mass following, and presented Pilot of the palace intrigue as the self-aggrandising upstart out to unlawfully usurp the throne. This piece is a sympathetic look at one Congressman attempting to disrupt the status quo and failing miserably at it. The event is a signal to all those dreaming of a non-family enterprise Congress. 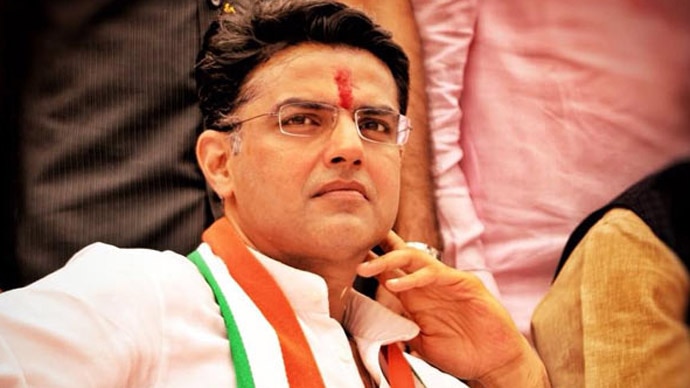 Sachin Pilot attempted to disrupt the status quo and failed miserably at it. (Photo: Facebook)

May you have friends in Delhi media is not a modern Rajasthani curse, but ask Sachin Pilot's friends and they will tell you that with friends like the ones in Delhi media, he doesn't need an Ashok Gehlot. In the political crisis piloted by Sachin, one never saw the media talking about the two years of suffocation that Sachin Pilot has suffered in the august company of Ashok Gehlot. Instead of taking a young leader under his wing, the senior clipped the junior's wings. A deputy chief minister but instead of the home ministry, as is the convention, Sachin Pilot was given the PWD ministry and with very little room to manoeuvre. He did not have the right to pass a marquee project or order a considerable change in the functioning of the department. These minor details were lost in the kerfuffle created by his sudden rebellion. Since he was faced with a certain defeat, very few had sympathy for him. The winner had the victim card and Pilot was the nasty dynast.

In the government, Pilot was the co-pilot, while Ashok Gehlot was in total control of the cockpit. The seasoned Gehlot gave him enough time and then cooked his goose at the first sign of restlessness. Sachin Pilot's stature is greatly diminished today because the magician outwitted the assumed successor while Gehlot may well have a separate succession plan in his head. His natural-born successor, Vaibhav Gehlot, failed to win the Lok Sabha election from the Gehlot home seat. In the government, Pilot was the co-pilot, while Ashok Gehlot was in total control of the cockpit. (Photo: Reuters)

Sachin Pilot had worked hard to discredit Chief Minister Vasundhara Raje because in her second term, she was not repeating the mistakes of her first term. 8 pm, Rajasthan still had a CM. The Centre had a BJP government she famously did not get along with. Yet, she had projected herself as an able administrator. Ashok Gehlot, being a senior Congress leader, was of much use to the party at the Centre as very few of Rahul Gandhi's vintage have the tact required to strike a balance among castes and communities in the different states Congress is still in reckoning in. He was a central leader of sorts and Sachin, though a Delhi boy and famously friends with Rahul Gandhi, chose to be the regional leader in Rajasthan. He believed his time had come and if he worked hard enough, Rajasthan was his to rule. He was young, energetic, suave and could take a beating during protests. Soon enough, he became popular among the youth, cutting across rigid caste lines, in addition to being a Gujjar icon.

Come elections, he put in everything he had to win it. Rajasthan is a see-saw state but defeating Vasundhara this time wasn't as easy as Vasudhara defeating Ashok Gehlot the previous time. Congress under Gehlot's watch was decimated and barely secured its right to be called the Opposition party. Vasundhara did not lose with that kind of margin but she lost nevertheless. The credit of the victory went to Sachin Pilot but the crown went to Ashok Gehlot. Sachin threw a tantrum but the central leadership managed to convince him to accept the deputy chief minister's post. Sachin Pilot swallowed the bitter pill. This was not a bad decision from the party's point of view. The party was robbed of all resources because one after the other all state governments were going into BJP's pocket. It was important that the large states the party reclaimed were in experienced hands that could replenish the coffers. Madhya Pradesh went to Kamal Nath, much to Jyotiraditya Scindia's chagrin. Rajasthan pivoted to Gehlot, much to Pilot's discomfort.

Jyotiraditya Scindia left Congress as Kamal Nath and Digvijaya Singh joined hands and left no room for the Gwalior royal. The party was about to deny him a ticket to the Rajya Sabha. Scindia joined the BJP and ensured the Congress government fell. 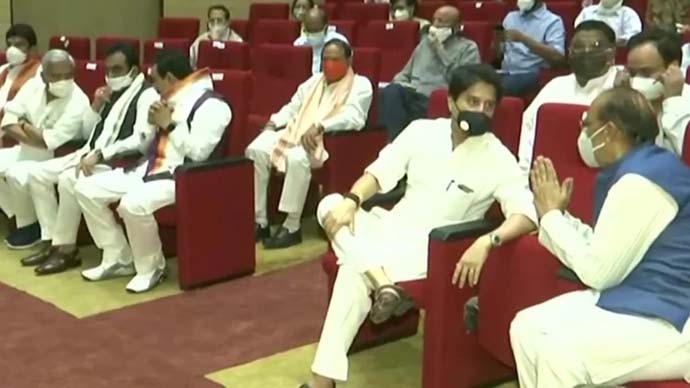 Sachin has not jumped ship. Not yet. He may well do if the Congress leadership fails in keeping him in the fold, Gehlot notwithstanding. Pilot does not have the resources that YSR left for Jagan, who went on to wipe out Congress in Andhra Pradesh. Sachin Pilot's father Rajesh Pilot left Sachin at 23 with a political legacy tightly tied to the Congress's fortunes. Congress gave him a ticket to Delhi as soon as he could fulfil the age criterion and was made a Central minister soon in the next term. Pilot has had a smooth flight till he did not deserve it. When it was his time to claim something as an undeniable right, he was denied that. The media reported that, in 2018, as it discussed how he had emerged as a mass leader through hard work and commitment.

In 2020, the media, where people claim Pilot has friends in high places, goes all wink-wink because a certain kind of lawyers are appearing on his behalf, without mentioning that a certain other kind can't appear on his behalf even if he wanted them to. Lawyers are neatly divided on party lines. The media began calling him a leader without a mass following, while cementing the magician image of Ashok Gehlot who has been the chief minister a third time and has seen 27 more monsoons in the deserts than Pilot has.

There's schadenfreude among his so-called friends when Gehlot hoots him for being a handsome, English-speaking lightweight as if only age and treachery have substance. In awe of Gehlot's guile and astuteness, Pilot's media "friends" are making him look like a paper tiger. The media interest will die down with the denouement of this drama. The woes of the grand old party however will only aggravate from here.

That a young and driven leader has to leave the party because the central leadership could not accommodate his ambitions is disastrous for a party that is an unmitigated disaster per se. The party is in direct contest with men driven with unfettered ambition and a declared aim of erasing the Congress off the political map. They say 'the new generation is the future' in lip service. The leadership can let the young and the restless go one by one and resort to its glorious past because the future frightens the socks off their addled brains.

Post your comment
#Ashok Gehlot, #Rajasthan crisis, #Rajasthan congress, #Sachinpilot
The views and opinions expressed in this article are those of the authors and do not necessarily reflect the official policy or position of DailyO.in or the India Today Group. The writers are solely responsible for any claims arising out of the contents of this article.