Godse vs Jinnah: How the BJP treats admirers of the two historical figures

There is no known action on Sadhvi Pragya over appreciative remarks on Godse. In contrast, senior leaders like LK Advani and Jaswant Sinha faced the BJP's door for praising Mohd Ali Jinnah.

On May 17, the BJP issued a show-cause notice to Bhopal MP Sadhvi Pragya Thakur, who was then party candidate from Bhopal, for her comments hailing Mahatma Gandhi's assassin Nathuram Godse as a 'patriot'.

The BJP's disciplinary committee had given her 10 days to respond. Similar notices were served to two others who had tweeted similar views on Godse — then Union minister Ananth Kumar Hegde and MP Nalin Kumar Kateel. Has she replied? No one knows. (Photo: Reuters)

It is almost two months since the notices were served — no one knows what Pragya Thakur and the two other BJP leaders wrote back in response to the notices.

In the public domain, no information is available to indicate that action has been taken or proposed against any of them. Sadhvi Pragya is now an elected member of the Lok Sabha, just like Prime Minister Narendra Modi or BJP president Amit Shah, the ruling party's top two leaders.

In 2014, BJP MP from Unnao Sakshi Maharaj had said, "I believe Nathuram Godse was also a nationalist. Godse was an aggrieved person. He may have done something by mistake but was not an anti-national. He was a patriot."

Like Sadhvi Pragya, Sakshi Maharaj too had been served a show-cause notice by the party, asking him to explain his position in 10 days. The similarity does not end there. In both cases, notices were promptly sent to the leaders reportedly on party president Amit Shah's direction. And, like Sadhvi Pragya, in the earlier case as well, there is no information available about Sakshi Maharaj's response or the action, if any, initiated against him.

Let's compare this with what BJP leaders faced for praising Muhammad Ali Jinnah, the founder of Pakistan.

In 2005, LK Advani, then-president of the BJP, paid a visit to Jinnah's tomb during his tour of Pakistan. Standing before it, he described the founder of Pakistan as "secular" and an "ambassador of Hindu-Muslim unity". Advani was the first leader from the Sangh Parivar to salute Jinnah and say that he believed in keeping statecraft and religion apart. 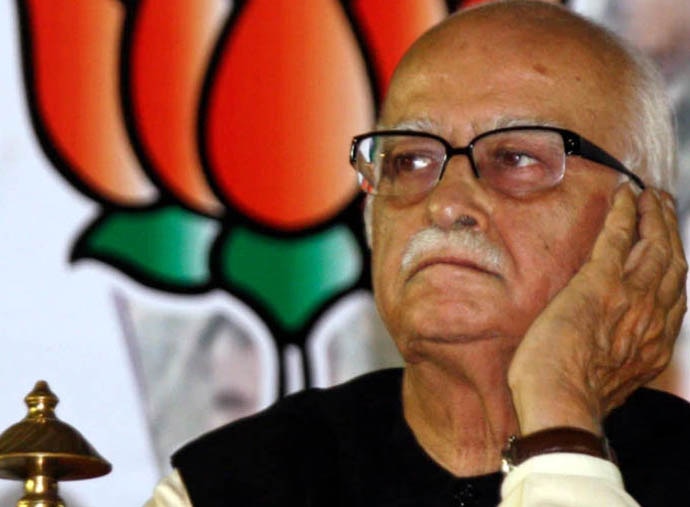 Advani's praise unleashed a massive uproar within his own party. The bulk of the party and all of the Sangh Parivar turned against him. Eventually, it cost him his job as the party chief.

In 2009, the BJP sacked one of its founder members, Jaswant Singh, for having praised Jinnah in his book titled Jinnah: India, Independence and Partition. In an interview, Singh also described Jinnah as a great man and said, "India had not only misunderstood Jinnah but demonised him."

Singh wrote, "... Jinnah did not win Pakistan, as the Congress leaders — Nehru and Patel finally conceded Pakistan to Jinnah, with the British acting as an ever helpful midwife." The BJP said Jaswant Singh was being expelled because his book glorified Mohammed Ali Jinnah — and criticised Sardar Patel — for Partition. 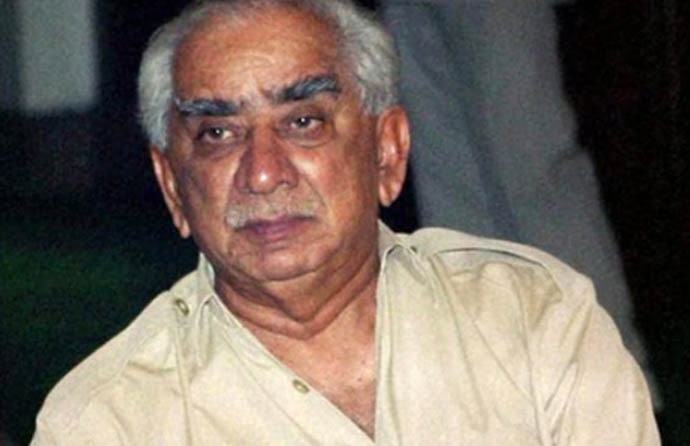 Not a pleasing read? Jaswant Singh was sacked from BJP after he praised MA Jinnah in his book. (Photo: India Today)

It is ironical that in the 150th year of the Mahatma, when BJP leaders praise his killer, the party's reaction appeared so contrived. Ritual show-cause notices were issued — but there is no evidence of any action having been taken. But contrast this with any admiration of Jinnah — and it makes the BJP furious. The BJP had not hesitated in taking action even against someone of the stature of LK Advani, the man who had fired the dormant Hindu political identity to coalesce behind the BJP and propel it to the heights it has reached now.

It is possible that the BJP of yore adhered to stricter lines when it came to discipline than the BJP which is now under the stewardship of Amit Shah. The party shining ever so brightly in the omnipresent shadow of Modi has no time for pesky irritants — like punishing MPs for praising the killer of the 'father of the nation'.