The Battle for Bhopal, and India: It's Sadhvi Pragya vs Digvijay Singh and regression vs progress

Sadhvi Pragya and Digvijay Singh are all set for battle. This is probably the first time ever that a terror accused has been given a Parliamentary ticket by a mainstream party. That itself speaks volumes.

India may have 545 Lok Sabha seats in an election of clashing ideologies but there are only two seats where ideologies are truly being tested — Begusarai and Bhopal.

Separated by a distance of 1,269 km, Begusarai in Bihar and Bhopal in MP, where a waning ideology is being tested against expanding Hindutva, the most extreme version of which is being put forward to the Indian electorate as a test case in Bhopal.

What we are witnessing in Bhopal, much like Begusarai, is not just an ordinary electoral battle between the BJP’s Pragya Singh Thakur and Digvijay Singh of the Congress. Its outcome will, in many ways, decide the course that this great country decides to take in the months and years ahead.

Bhopal’s voters don’t need to choose between a terror accused and a former two-term Chief Minister, but between regression and progress, and above all, between the idea of an India accommodative to all its people — or exclusive to its majority. The Choice Before Bhopal: It's Pragya Singh Thakur vs Digvijay Singh. One India vs Another. (Source: India Today)

There is a uniqueness to the BJP’s candidate from Bhopal — she is perhaps the first terror accused in the world to have been put up as a Parliamentary candidate. The BJP leadership decided to drop its sitting MP from Bhopal, Alok Sanjer, who won the seat for the BJP in 2014 by over 3 lakh votes, to make way for her. The move is a statement of intent to mainstream and legitimise terror. The choice of terror accused Pragya Singh Thakur is in line with the BJP’s overall approach to elections — victory irrespective of the costs, leaving no stone unturned in the pursuit of electoral gains. From Karkare to Cows: Pragya Thakur's statements may have made another mainstream party rethink. (Source: India Today)

Very little is known of Sadhvi Pragya’s academic qualifications, but she does have a history — she was first apparently arrested for an alleged role in the Malegaon blast case, and also for her alleged role in the murder of Sunil Joshi, an RSS pracharak, the first time in 2008, by the BJP government led by Shivraj Chouhan.

He has given no indication of her vision or her plans for Bhopal so far. Nor is there any evidence of her even having read her party’s manifesto — if indeed she has, she hasn’t said a word about it. Instead, Pragya Thakur began her campaign by bad-mouthing Hemant Karkare, saying that it was her 'curse' that brought about his death at the hands of Pakistani terrorists. The EC banned her from campaigning for 72 hours on account of her statement. She followed it up by claiming that her breast cancer had apparently been cured by cow urine therapy. She then went on to claim that those suffering from high blood pressure could be cured if they took to stroking the cow in a particular manner. 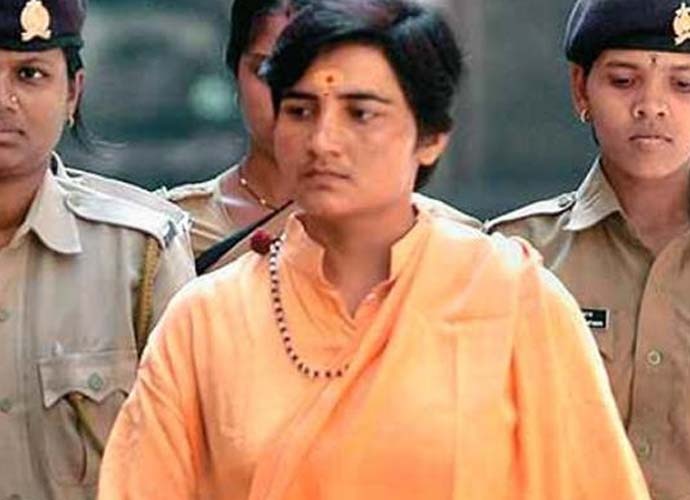 Still standing by her: Pragya Thakur's remarks have drawn criticism from many. Except the BJP. (Source: India Today)

Conscious of the damage she was causing, she has apparently now been ring-fenced by a host of minders from the Sangh Parivar. She has apparently been banned from speaking on Karkare or giving TV interviews. While the Congress candidate has been putting in the hard yards, addressing rallies, worker meetings and reaching out to the electorate, the pracharaks of the Sangh Parivar have taken it upon themselves to do the campaigning on her behalf.

Pragya Thakur has been left to focus on visits to various temples and cow shelters — all carefully scripted to underline her religious persona. 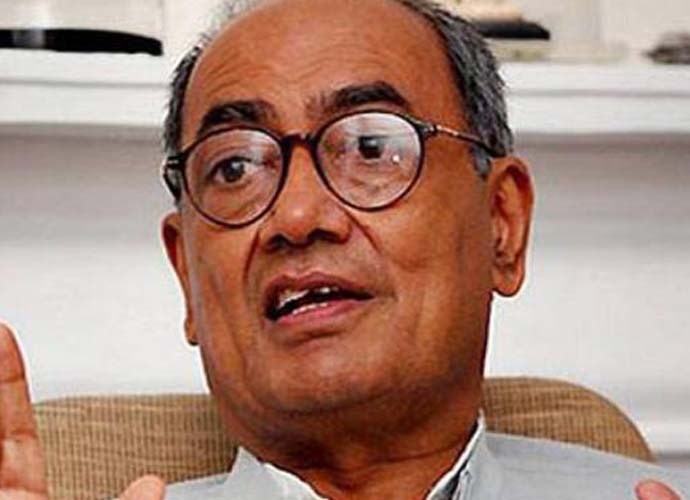 Visible on the campaign Trail: Digvijay Singh has shown up, unlike his opponent. (Source: India Today)

Choosing a terror accused as the ruling party’s candidate does suggest certain desperation about the outcome.

Hence, the decision to drop all pretences — or the leadership is sending out a clear message that irrespective of whatever she may or may not have done, it’s fine with them. Pragya Singh Thakur has no previous record of political activism or public service, hence it’s a bit difficult to imagine why she is held in such high esteem by the BJP’s leadership — or perhaps, it is clear.