This election is marked by two sad ironies. Sadhvi Pragya going to Parliament. And Atishi not going.

This is truly the sad state of Indian elections. On the one side, we have Pragya Thakur, an accused in the infamous Malegaon blast case, who has not been acquitted, soon going to Parliament —and on the other, Atishi, a candidate who was responsible for changing the education system in Delhi, not going to Parliament.

Sadhvi Pragya was elected by over three lakh votes. It is indeed an irony on the electoral system, for someone to be accused of such a crime, where six people died and 100 were injured, to now sit in the temple of our democracy. Shouldn’t there be any criteria for a candidate, even if accused, to enter Parliament? She was recently in the red also for lauding Mahatma Gandhi’s assassin, Nathuram Godse, as a “patriot”.

#WATCH BJP Bhopal Lok Sabha Candidate Pragya Singh Thakur says 'Nathuram Godse was a 'deshbhakt', is a 'deshbhakt' and will remain a 'deshbhakt'. People calling him a terrorist should instead look within, such people will be given a befitting reply in these elections pic.twitter.com/4swldCCaHK

The Election Commission banned her for campaigning for 72 hours. So, what did she do? She went on a temple visit spree, with cameras all over as the Sadhvi sang bhajans. 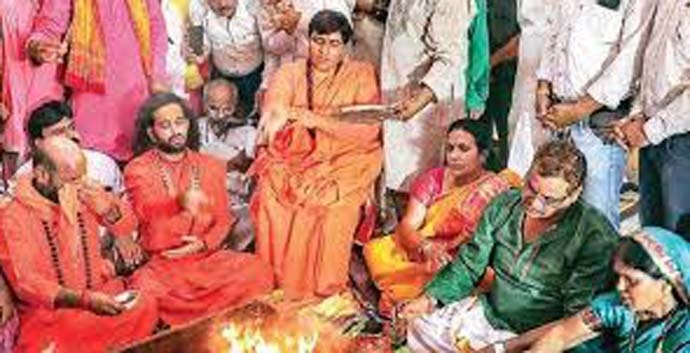 Gagged by the EC: An innovative way to make her presence felt. (Photo: PTI)

In her nomination, Sadhvi Pragya herself notified that there is a case against her and she has been accused of murder. Is this really the best candidate we could have sent to the Lok Sabha?

The fact is, Sadhvi is going to Parliament thanks, and only thanks, to a strong Modi wave — had she contested as an independent candidate, she would not have had the same approval and the same success.

Sadly but equally true, we have also crushed our own vote by not sending Atishi to the Lok Sabha to represent Delhi. 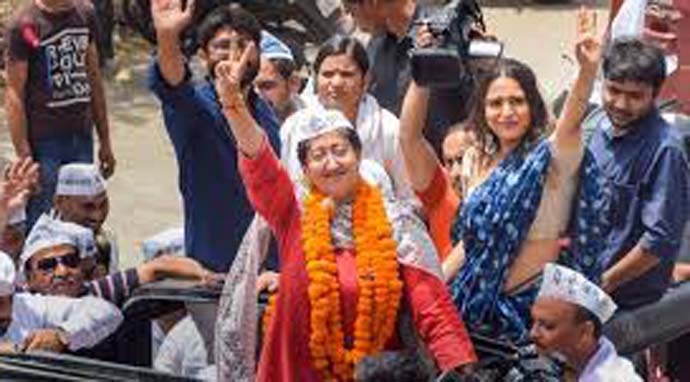 Atishi led a spirited campaign — but it all fell short. (Photo: PTI)

Atishi, an activist-turned-AAP neta, earned name in the public sphere with her innovative ideas and committment towards reform in public education in Delhi. She campaigned extensively but shunned excessive publicity. In fact, her office in East Delhi didn’t have any posters even of her. She was fighting elections on cloud money gathered by her. Progressive voices like actor Swara Bhasker campaigned for Atishi and backed her holistic vision for society.

The whole issue of her name coming up in a nasty pamphlet did damage her vote share. But the fact is, compared to many she has been up against, Atishi was better educated, better-mannered and has a better and forward-looking approach to nurturing society regardless of caste of community.

Not having Atishi in Parliament is a loss for the Lok Sabha.

That is only compounded by having Sadhvi Pragya there.