Many faces of Sajjad Lone

From dissident to supplicant, his story is that of how high hopes of dignity are thrown away for money and position.

For many years the great hope of many people when it came to Kashmir was Sajjad Gani Lone. He occupied a unique position among the politicians of the Valley. Although he was part of the Hurriyat combine, he had not been part of the violence that broke out from 1989 onward. His hands were clean of blood.

Moreover, he owed his position more to his father, Abdul Gani Lone, who had once been a Congress politician, but had floated a dissident organisation called the People’s Conference calling for "internal autonomy" – crucially not separatism or independence.

In fact, when Abdul Gani Lone was assassinated in 2002, allegedly by people shouting pro-Pakistani slogans, the then prime minister, Atal Behari Vajpayee had said that he had been killed for working for peace in Kashmir.

For many people this was interpreted as that Abdul Gani Lone was planning on returning to electoral politics. This is exactly what the hardline Hurriyat leader Syed Ali Shah Geelani accused Sajjad Lone of doing later, of running proxy candidates in elections, and this in turn led to cleavages in the Hurriyat.

In 2004 Sajjad Lone floated his own faction of the People’s Conference, while his brother, Bilal, stayed with the Hurriyat. Over the next few years he worked on a document laying out positions that could be taken, and produced "Achievable Nationhood" in 2006, a detailed 268-page plan on how Kashmir could work its way out of the morass of violence of post 1989 violence.

Many separatist leaders have spoken of plans and proposals, Lone was the only one who was willing to publicly state what such positions could be – within the boundaries of what India and Pakistan could live with. He was the only dissident leader that Dr Manmohan Singh met one on one during the height of talks.

So what happened? Pretty much nothing. Lone kept being invited for talks on TV, but no change took place on the ground. In 2009 he ran as a candidate for general elections, receiving nearly 65,403 votes, or 6.20 per cent, coming in a distant third.

Undermining him further, he was routinely denied basic issues, such as his passport not being renewed. This man that had told his followers that he could meet the PM ended up not even being able to travel. 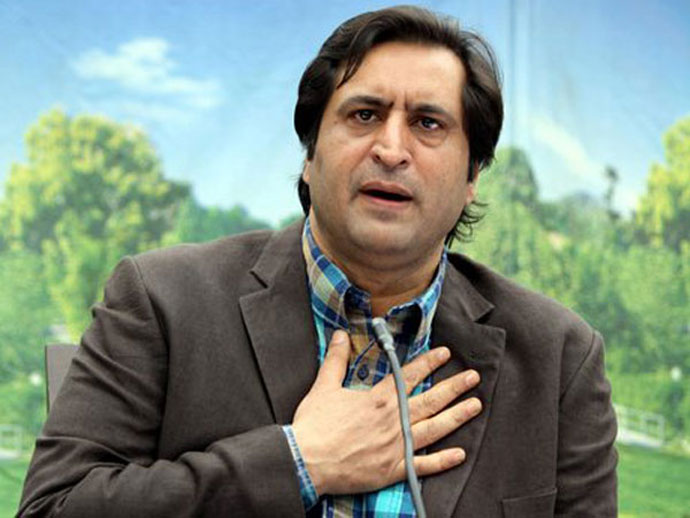 In 2004 Sajjad Lone floated his own faction of the People’s Conference.

After years of frustration Sajjad Lone did what all mainstream political parties do – went and hugged the person in power in Delhi, Narendra Modi, and pledged allegiance. Today he is a minister in the J&K government, from the BJP quota, and he seems to have beaten the mainstream parties at their own game. Nobody is going to deny him a passport today.

Of course, what this also means is that Sajjad Lone currently has no credibility at all among those who aspired for a change in the status quo. His "Achievable Nationhood", he has indicated, is a load of rubbish, and all that can be hoped for is subservience, with a job, and the patronage that comes with being in power.

Also read: What declaring Burhan Wani a 'terrorist' says about you

Today, in the supercharged atmosphere of the Kashmir Valley, Sajjad Lone would have a hard time keeping himself safe on the streets, much less calming people down. His own story is that of how high hopes of dignity and self-respect are thrown away for money and position.

The reason why Lone’s story is so important is because he followed everything by the book, no violence, no pro-Pakistan stance, even within the ambit of the Indian Constitution as much as he could be. By undermining these possibilities, by neglecting them in favour of creating puppets of Delhi as the elected politicians of Kashmir, we have weakened our own hand and our own influence.

The only way forward is to restore that dignity, that autonomy and that independence. This is not easy, especially as it goes against the interests of the actors already on the ground, whose power and financial interests are threatened by the rise of independent actors with local support.

As anybody will tell you, the rigging in the 1987 elections was done more by the National Conference, because it wanted to have the upper hand in the NC-Congress alliance forced upon it by Rajiv Gandhi. In 2000, again, the ceasefire and negotiations with Abdul Majeed Dar’s faction of the Hizb-ul-Mujahideen were undermined by people in the Valley, as much as by Pakistan or the strident opposition of Syed Ali Shah Geelani.

But just because it is difficult does not mean we should stick to old ways. We have seen how badly they backfire.

Bullying or bribery will not buy us lasting peace. Sincerity and mutual respect just might. It might be about time we tried them.

#Kashmir, #Sajad Gani Lone
The views and opinions expressed in this article are those of the authors and do not necessarily reflect the official policy or position of DailyO.in or the India Today Group. The writers are solely responsible for any claims arising out of the contents of this article.