Why Bollywood is guilty of normalising crimes and glorifying criminals

The film industry is one large family that looks after its own, much like a traditional joint family with too many skeletons in the closet.

Salman Khan’s arrest in the blackbuck poaching case throws up an interesting insight on how a certain section of the public views high profile achievers who fall foul of the law.

While some have been practically gloating that justice has been well-served, and risqe jokes on the internet are doing the rounds about how he will now provide “companionship” to Asaram Bapu with whom he shares a cell, with only a curtain dividing them, others have been vociferously demanding his release on the grounds that he has served society by his numerous selfless acts of charity.

Public charity, according to them it would seem, should wipe his slate clean. Bollywood, which did not bother to come out even once during the recent farmers' march in Mumbai, has been on activism overdrive in its indignation, and closed its ranks. Comedian Kapil Sharma, a regular Twitterati posted a series of tweets condemning the judgement, pointing out Salman’s good deeds. 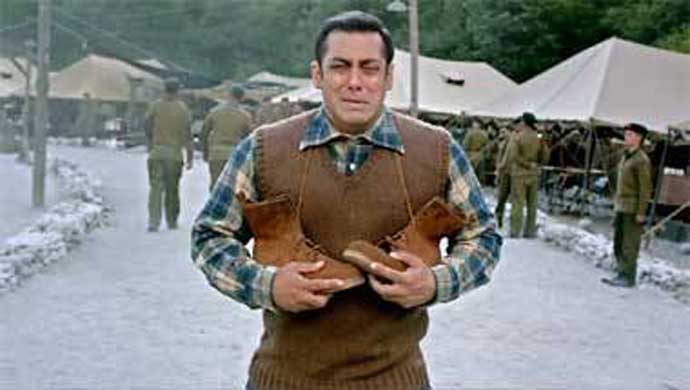 Rajya Sabha MP Jaya Bachchan on Thursday expressed anguish with the Jodhpur court verdict against actor Salman Khan saying that the superstar should have been given a free pass for his humanitarian work. "I feel bad. He should be given relief. He has done a lot of humanitarian work," Bachchan said.

According to Shakti Kapoor, yesteryear's on-screen villain, “Salman doesn’t bother about the world. He has no complexes… his reputation of a brat is wrong.”

Kapoor goes on to cite anecdotal evidence of Salman’s large-heartedness by recounting an episode in which he had helped out a needy old lady who was working in Filmistan studios with Rs 25,000 on the spot. He goes on to say how, when the lady finally came to thank Salman, he had put a finger on her lips which "stopped her in her tracks".

One can almost hear a hundred violin orchestra breaking out in the throes of full passion behind this scene. This is more or less a representative nutshell of the popular groundswell of support for Khan as expressed through reminisces and fond anecdotes.

At this juncture, Salman Khan the humanitarian and philanthropist is being foregrounded with evangelical zeal by his followers, as well as his industry colleagues, who no doubt have considerable skin in the game considering their investments in his upcoming films.

Whether it is playing with underprivileged kids or celebrating festivals with slum-dwellers or adopting a family, the last few days have seen the social media space replete with praise and breast-beating for "bhai".

One has a sense of déjà vu. In March 2013, when Sanjay Dutt was arrested and got the verdict of five years' imprisonment, Bollywood had similarly closed its ranks. Arshad Warsi, who co-starred with Dutt in the blockbuster Munna Bhai series, tweeted: "I am numb, I don't know what to say. Sanjay Dutt is not a criminal. This is too harsh a decision." Hrithik Roshan, Dutt's co-star in Mission Kashmir and Agneepath, tweeted: "I cannot comprehend. I know d law is d LAW. But I can bet my Life 2 say that Sanju sir doesn't deserve this! D most loved man!i stand for Sanjay dutt" (sic).

Arjun Rampal tweeted, "My heart goes out to Sanju and his family. Just numbed by the news."

Karan Johar, who produced Agneepath, tweeted, "I am truly shattered to hear of Sanju's sentence... the nicest guy I have known just doesn’t deserve this... my heart goes out to him."

Mahesh Bhatt, who worked with Dutt in films like Sadak, Naam and Gumraah, tweeted: "Heart Broken: Just heard that Sanjay Dutt has to go to jail for five years. I expected mercy. Alas, it did not happen."

Compare this with Hollywood’s response to the Harvey Weinstein scandal. As allegations of sexual harassment against Harvey Weinstein, the movie mogul surfaced, they were initially met with a deafening silence from A-list stars.

A couple of days after The New York Times reported that Weinstein had reached at least eight legal settlements with women dating back decades, only a handful of entertainment industry figures stepped up to condemn the man who long held the power to make or break careers. Rose McGowan, who had settled a harassment case against Weinstein in 1997, said she had been hoping fellow actresses would speak out publicly.

Yet, there were notable exceptions. Gwyneth Paltrow, Jennifer Lawrence and George Clooney among others did speak up against Weinstein.

When actor Anthony Rapp accused acclaimed House of Cards star Kevin Spacey (who had come out and declared himself gay), saying he was sexually harassed by Spacey at the age of 14, Hollywood made it clear to Spacey that “hiding under the rainbow” was no excuse for sexual misconduct.

There is no such crisis of conscience in Bollywood. Whether it is sexual misconduct, wife-beating, or outright crimes that are listed in the IPC, Bollywood is one large family that looks after its own, much like a traditional joint family with too many skeletons in the closet, going back for generations.

These are left to our filmi gossip magazines, to speculate upon salaciously to tingle the readers’ and fans’ tastebuds, but never to delve into seriously, never to introspect.

Such soul-searching would throw up not only uncomfortable facts about the idols we rush to take selfies, but also about our own infantile need to view them either as heroes or villains - a projection of their on-screen personas into the real world, to vicariously live through them the lifestyles we both envy and moralistically judge.

Post your comment
#Bollywood, #Blackbuck poaching verdict, #Salman Khan, #Salman Khan
The views and opinions expressed in this article are those of the authors and do not necessarily reflect the official policy or position of DailyO.in or the India Today Group. The writers are solely responsible for any claims arising out of the contents of this article.