Blood of Muslims on its hands? Salman Khurshid and the problem of sarkari Musalman

Senior Congress leader and former Union minister Salman Khurshid found himself in a controversy on Tuesday, April 24, after a report quoted him saying, "Congress' hands are stained with the blood of Muslims." 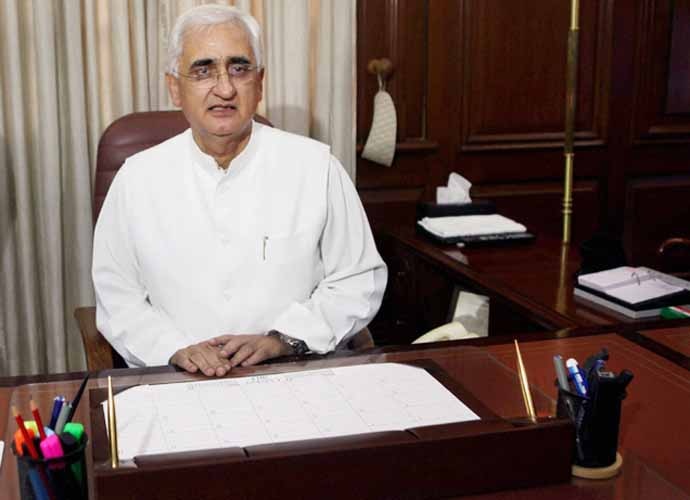 The statement was reportedly made in response to a question by a student at Aligarh Muslim University. The student reportedly asked why minorities should trust Congress despite series of communal riots, including Hashimpura, and the demolition of the Babri Masjid, all of which happened under the Congress rule.

While responding to the "political question", Khurshid rhetorically said, "You are telling us that if someone attacks you now, then we [Congress] must not come forward to protect you. I am telling you this: We are ready to show the blood on our hands so that you understand that you too must not gets blood on your hands."

He continued, "If you attack a community, you are the one who get stains on your hands. Learn something from our history and don't create such a situation for yourself, where if you come back to AMU after 10 years you will find someone like yourself who will ask this kind of question."

At a time when the grand old party is trying to revive itself under new president Rahul Gandhi the remark did not go down well with the rank and file of Congress. The party quickly distanced itself from Khurshid's statement. Khurshid, too, clarified that he did so "to drive home a point that even if we [Congress] have some bloodstains on our clothes or if we have committed some mistakes, we still have the right to stand up for minorities."

He also tweeted his disappointment over media's "sensationalism for profit".

Media saddens. They question right to speak truth. They distort reply to isolated hostile question by imputing confession instead of reporting ‘despite allegations would you deny our duty to protect you from harm?’ Sensationalism for profit?

Khurshid who has served in the past as minister of external affairs, law as well as minority affairs is interestingly in news for the second time in the last one week. He earlier made headlines when he expressed his disagreement with the proposal to impeach chief justice of India Dipak Misra, along with Ashwani Kumar, another former law minister of the UPA regime. The disagreement was registered despite the fact that the impeachment motion had Rahul Gandhi's approval.

He has gone on record to say that he was "not kept in the loop" on the impeachment matter. There are speculations that this is part of Khurshid's power posturing within the party as Rahul Gandhi is in the process of putting his own team in place.

Whether Khurshid meant it as an acknowledgement of "bloodstains" on the Congress' hands, or it was a rhetorical remark, the fact remains that the Congress party indeed cannot disown its past.

One can very well argue that the Hindutva organisations have put in place what Paul Brass called the "institutionalised riot system". But the Congress always appeared reluctant to take action against erring police officials, who were complicit in riots as actual perpetrators. or by its inaction.

There has rarely been any prosecution in major riot cases from Nellie (1983) to Hashimpura (1987). The most glaring example is the demolition of the Babri Masjid and riots that followed in Mumbai and other parts of the country. Who can forget the role of Jagdish Tytler, Sajjan Kumar and other Congress cadres in the 1984 anti-Sikh pogrom. In May 22, 1987, India witnessed the worst case of custodial killings at Hashimpura.

In the wake of the recent series of attacks on Dalits and their icons, several SC/ST leaders of the BJP and their allies publicly spoke against an atmosphere of fear being created by some. However, you would rarely see so-called Muslim leaders of the purported secular parties take a stand unless they decide to jump to the other side of the fence.

Most of them have little mass base of their own and are chosen because of their pedigree and/or loyalties to the party high command. Often derided as sarkari Musalman, Muslim leaders of the Congress and other so-called secular parties buy privileges for themselves at the cost of the Muslim community they claim to represent.

Problems of the sarkari Musalman

In fact, Azad who was then parliamentary affairs minister was given charge of two ministries - civil aviation and tourism - in January 1993. Ironically, only the Congress leader to then resign from the party, MJ Akbar, is now a minister in the NDA government.

Similarly, Azam Khan, the Muslim face and strong leader of the Samajwadi Party was a powerful minister in the Akhilesh Yadav Cabinet when 2013 Muzaffarnagar riots took place. In fact, the Uttar Pradesh Assembly had 69 Muslim MLAs, including 43 from SP alone, but we did not hear any strong voice of resentment from them.

Khurshid's Delhi residence is in Jamia Nagar, but he had not bothered to address and placate local residents after the Batla House police shootout, when palpable fear of being seen as suspects had turned the whole locality schizophrenic, eloquently expressed in a new memoir, An Ordinary Man's Guide to Radicalism by journalist Neyaz Farooquee.

In 2012, however, he had suddenly remembered at a poll rally in Azamgarh that Sonia Gandhi had "bitterly wept" after seeing photographs of the deceased. He claimed then that he had taken a delegation to Sonia, but had said nothing on record. 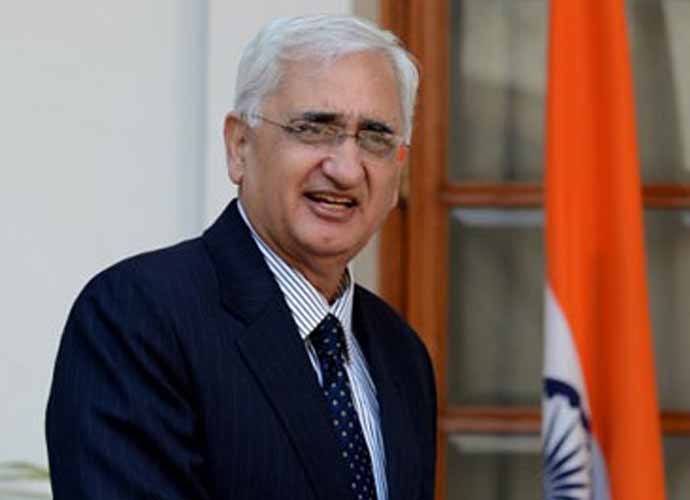 So while we may be outraged over the acquittal of Maya Kodnani, the fact is, she and some others were at least convicted by lower courts in the 2002 Gujarat riots. They spent a few years in jails, although most of them now appear to be getting away. But the BJP government is only following its predecessors - albeit unabashedly.

Otherwise a very talented counsel and a thorough gentleman, Khurshid is a perfect example of liberal-elite sarkari Musalman, disconnected from the community. Someone who is more comfortable in liberal circles in Delhi or London than among their poor cousins.

At his constituency in Farrukhabad, during the 2014 elections, many people had apparently asked, "You make Farrukhabad proud the world over [as foreign minister], but what do we get from it?"

He had clearly failed to fulfil the aspirations of people of his constituency. Even his supporters and family loyalists alleged that they rarely saw him or anyone from the family visit the constituency during his five years' tenure.

After serving as MP for two terms and minister, in 2014, he promised the voters to set up an international standard centre for embroidery where latest technology would be used that would not only help the craftsmen there but also help bring Farrukhabad on the map of tourism.

It is precisely because of this kind of double-speak that Muslims in the country continue to suffer. It is what makes sankari Muslamans responsible for making secularism a curse word and allows the BJP to dismiss it as "Muslim appeasement".