What did Malini Subramaniam do wrong? All she did was to report from the ground.

The Samajik Ekta Manch held a “protest” outside journalist Malini Subramaniam’s home in Jagdalpur in Chhattisgarh's Bastar district on February 7. And late that night, stones were thrown at her home. Thankfully, Malini – who had been writing for the website Scroll.in and had been with the Red Cross before that – and her 14-year-old daughter were not hurt, the only damage done being to her car which had its rear window broken.

But reading about the attack sent a long, cold shiver down my spine.

For one thing, the Manch is purported to be a citizens’ group, one that the police say “arose spontaneously” because its members were tired of activists in the region getting in the way of the State’s fight against Naxalism.

But as an India Today investigation has shown, the Manch might very well have been a creation of the police itself, one that the police nurtured to help them get rid of anybody whom they thought to be “inconvenient”.

Moreover, I have been in Malini's house, have drunk coffee with her, and even given a little farewell speech there to the journalist, her daughter, and the lawyers of the Jagdalpur Legal Aid Group (JagLAG) a few nights before I left Bastar after a six-month sojourn there. There is a police-vigilante group nexus in Bastar.

Malini has since left Bastar. As have Shalini Gera and Isha Khandelwal, the two remaining lawyers of the JagLAG, after the police allegedly arm-twisted their landlord into turfing them out.

Malini, the JagLAG lawyers, and Bela Bhatia – the sociologist who has also been hounded by the Manch to leave Bastar – are my friends. I am grateful for the chance to have got to know them, especially the younger lawyers of the JagLAG.

Here, finally, were young people who seemed aware of the world around them, unlike so many of their counterparts in the bigger cities of the country who seem happy to abide by the dictates of neo-liberalism.

You might think from the cosy domestic picture I have painted that my defence of these women is based on emotion. That here are people I sat and drank coffee with and now I’m returning the favour – but it is not.

The full import of the work the JagLAG was doing in Chhattisgarh – documenting what was happening to the people caught in the crossfire between the State and the Maoists – struck me towards the end of my tenure in Bastar.

Also read: Cries from killing fields of Chhattisgarh are too loud to ignore now

I had accompanied Isha to the district court at Dantewada, about two hours' travel to the south of Jagdalpur. I had gone there because I had wanted to meet two of her clients, Midium Lacchu and Punem Bhima. Midium and Punem had by then spent six-and-a-half years in jail, after which it was suddenly discovered that the police had forgotten to charge them with a crime. 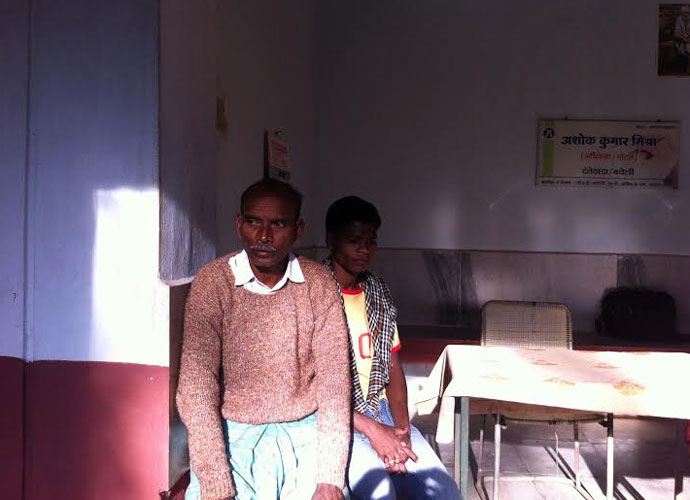 Their names were not mentioned in the FIR, nor were their names mentioned in any of the witness statements. (All four witnesses were police and CRPF personnel.) The only document that did mention their names was the final report, a précis of the details that lie in the chargesheet.

How this could have happened is beyond understanding. But what it does mean is that nobody bothered to read the chargesheet – neither the judge, nor the prosecuting lawyer, nor their own lawyer.

It was only when the JagLAG began to review their case – you remember they were there to document what was really happening to people – that this godawful mess was discovered.

I spoke with the defence lawyer, who said he was the one who had spotted the mistake. I asked him why it had taken him so long to do so; he did not have an answer.

I spoke with an official in the prosecutor’s office who said that if I wanted an answer on the record, it would be that he “did not remember the case and I would have to come back another time for an answer”. But that if I was okay with an answer off the record, then, well, “these things happen”.

And of course I spent time with Punem and Midium, who were by now out on bail, asking them the usual questions. When were you arrested? What did you say to the police? What did they say to you? Did you tell the judge you were innocent?

Midium did most of the answering. Punem, the older of the two men, said little.

But it was the last question that we got stuck at.

“Are you angry with your government for what it has done to you?”

I asked again. “Your government locked you up for six-and-a-half years for no reason at all. Are you angry with it? Do you think it should pay you damages?”

Again silence. Midium smiled. But there was still no answer. Maybe he thought I was joking with him, maybe he thought you were not allowed to get angry with your government... I just do now know, for he was unable to understand me.

We move to more comfortable ground. How did you get here? I ask. “The bus leaves at seven,” he says. “We get here by 12 in the afternoon. And our court appearance – if the judge, both lawyers, and the witnesses come – takes place sometime after that.” (Isha says that in six-and-a-half years, of the four police witnesses, only one had ever come to testify.)

How far is the bus stop from your village? “Two hours by foot,” he says, “so we leave home at half past four in the morning.”

And how will you go back tonight? “There will be no bus now. So we will sleep tonight at the bus stand and catch the bus back at seven in the morning tomorrow.”

My head starts to spin. I have never felt more like I am from a world afar, far away than I do at that moment. Is this really what people have to put up with just to get to a judge?

A little later, word arrives that the judge has not come. There will be no court appearance today.

And by now Punem has begun to feel unwell.

We go to the district hospital. A Rs 10 charge has to be paid. (It’s Rs 2 during official OPD hours). The doctor says Punem will have to be tested for malaria.

We walk outside to a private laboratory. The gentleman who owns the laboratory can’t make sense of us. One lawyer, one journalist, and two tribal men. He asks Punem for his symptoms. Punem says he has a fever and that his back is bad. “That’s probably because of all the nights I’ve spent sleeping in a jail cell,” he adds.

The laboratory owner suddenly looks worried – I can see him think the word Naxal – and I can't stop laughing.

We go back to the dhaba we had lunch at and we eat a large supper. The day has been long. Isha has tried to find Midium and Punem accommodation for the night in one of the buildings in the court complex but she has been politely refused. “We really can’t put them up, they were charged with Naxalism,” she is told.

Finally, Punem and Midium say they know a family in the town and we drop them off there for the night. “Pick up your report from the hospital tomorrow before you leave for home,” I tell Punem before we say goodbye.

There is a happy coda to this story. I spoke to Isha today and she told me that Punem and Midium were finally acquitted of all charges last year.

Maybe I could just leave it at that. Maybe I could even tell you that I have been thinking about Midium and Punem today and that while I’ve never seen it, I can imagine the village that is their home. Of course it’s idyllic. There are rolling green hills all around, and you can see stars in the sky. An evening fire is burning, and Midium and Punem are sitting around it and telling the children of the village about their strange encounters with the “civilised world”.

But that would just be vacuous. So here is what I really want to say.

What did the JagLAG do wrong? Why have its lawyers been made to leave Bastar? If it hadn’t been for them, Punem and Midium would still be in jail. And the JagLAG has unearthed a number of other cases like this.

Why do the authorities want Bela to leave? All she has done is to help tribal women file FIRs against security personnel accusing them of gang rape and grievous sexual assault.

What did Malini do wrong? All she did was to report from the ground at Bastar. That is the same thing that I have done today (from the safety and comfort of my home in Delhi).

Is that a crime?

On the other hand, we know that the police messed up in cases like that of Punem and Midium. And when this and other mistakes were pointed out to them, they raised a vigilante group that picketed and attacked the homes of the people who had done the pointing out. It is then not the JagLAG and Malini who should be made to leave Bastar but actually, and quite on the contrary, it is the police who should be made to answer the difficult questions.

News report after recent news report has drawn a link between the Samajik Ekta Manch – which has now suddenly disbanded itself – and the police. India Today has an SP saying on camera that the police “facilitated the activities of the Manch”.

And for a change, we even know whom to ask the difficult questions of. The SP’s immediate boss is the Inspector General of Police of the Bastar range – SRP Kalluri.

Either he was complicit in the raising of a vigilante group - why he might have done that is incomprehensible.

Or he did not know what the Manch was doing – attacking a mother and her young daughter in their home in the middle of the night – in which case he is incompetent. Either way, he is the one who should be hauled up for questioning.

#Chhattisgarh, #Bastar, #Samajik Ekta Manch, #Naxalism
The views and opinions expressed in this article are those of the authors and do not necessarily reflect the official policy or position of DailyO.in or the India Today Group. The writers are solely responsible for any claims arising out of the contents of this article.

He is a freelance writer based out of Delhi. He lived in Jagdalpur, Bastar for six months from August 2014 to February 2015.