Sacked AAP minister Sandeep Kumar is not the only one to have committed such 'acts of indiscretion'.

Delhi chief minister Arvind Kejriwal sacked minister Sandeep Kumar from his cabinet over an objectionable CD. The CD contained a sex tape and similar images. Kumar was the minister for child welfare and social justice in the Aam Aadmi Party (AAP) cabinet. Kejriwal announced his decision to sack his minister on Twitter:

He is not the first big politician whose political life has been rocked by a sex scandal. Here are 15 most sensational sex scandals to have rocked Indian politics:

In 2013, then finance minister of Madhya Pradesh, Raghavji Lakhamsi Savala was accused of sexually abusing a male domestic help. The victim in his report mentioned that the minister had sodomised him with the lure of a permanent government job. At that point of time Raghavji was 79 years old. As soon as the CD surfaced, Raghavji had to resign from his position.

In 2012, Singhvi, Rajya Sabha MP and spokesperson of the Congress, who is also one of the country's leading lawyers, was allegedly caught in a compromising position in his Supreme Court chamber. Mukesh Kumar Lal, the driver of Singhvi, was accused of filming the CD secretly and blackmailing Singhvi to make the CD public. As a result, Singhvi had to resign as the Congress spokesperson and chairman of the parliamentary standing committee on law and justice. Air hostess Geetika Sharma allegedly became the prey of former Haryana minister Gopal Kanda's lust. Geetika was employed with Kanda's MLDR Airlines. But after the alleged sexual harassment by Kanda, she committed suicide in 2012. In her suicide note, Geetika alleged that Kanda was responsible for compelling her to end her life. Kanda was arrested and lost his job.

On 4 March 2014, Kanda was granted bail after a charge of sexual exploitation was dropped by the Delhi High Court.

The 2011 Bhanwari Devi sex scandal, in which the then Rajasthan water resources minister, Mahipal Maderna, was involved, rocked the Ashok Gehlot government. Bhanwari Devi was an auxiliary nurse and midwife (ANM). She went missing and the case came into limelight when her husband accused Maderna of kidnapping her.

Bhanwari Devi allegedly had tried to strike a deal with Maderna in which she had demanded monetary benefits in return of a video clip that showed her in compromising positions with Maderna and few other people. Eventually, Maderna was dismissed from the Gehlot government.

Veteran Congress leader and former chief minister of Uttar Pradesh and Uttarakhand was serving as the Andhra Pradesh governor in 2009. He was 85 years old at that time. Tiwari quit after allegations about his involvement in a sex romp in the Raj Bhawan surfaced. 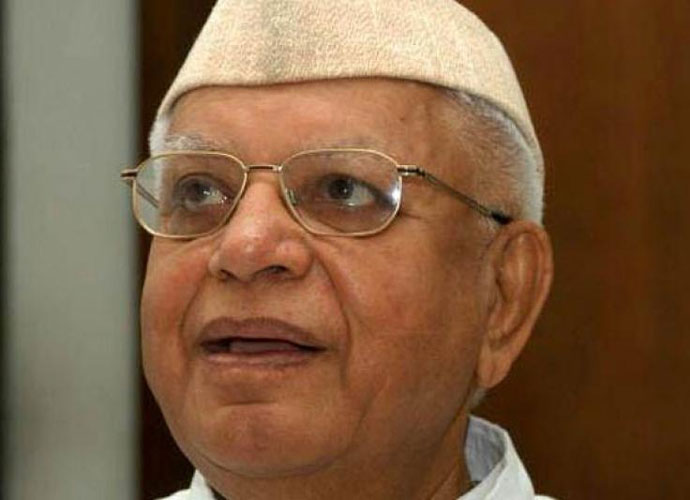 In September 2013, he was seen dancing with a younger female TV show host during a programme at Lucknow organised to honour the martyrs.

In 2005, Sanjay Joshi, general secretary of the BJP came into the spotlight for the sex scandal that hit the party in the midst of its silver jubilee celebrations. He once used to be the RSS' representative in the BJP, but had to sacrifice the general secretary's post following the alleged sex scandal. He was later re-inducted in the party but the disgrace never allowed him to regain his authority and command. Former Uttar Pradesh minister Amarmani Tripathi was jailed for life for killing poetess Madhumita Shukla who was carrying his unborn child and had refused to abort it despite repeated threats. In 2003, Madhumita was gunned down. The murder had created uproar in Uttar Pradesh, leading to Tripathi's exit from the Mayawati cabinet.

The then Uttrakhand revenue minister was accused in 2003 by an Assamese woman, Indira Deori alias Jenny, to be the father of her newborn child. The political storm that followed her allegation lost steam when the CBI tabled its report to the court stating that the DNA of the child did not match that of the Congress leader.

In 1999, Bihar witnessed a high profile sex scandal related to Sadhu Yadav, the brother-in-law of former chief minister Lalu Prasad Yadav. The scandal involved the murder of a girl Shilpi Jain and her friend Gautam. Both Shilpi and Gautam were friends of Sadhu. Their bodies were found inside a car in a semi-nude condition.

A CBI probe concluded that the lovers committed suicide by consuming poison. This was contrary to media reports that claimed she was raped and when Gautam came to her rescue, the lovers were made to consume poison.

In 1997, the then deputy chief minister of Maharashtra, Gopinath Munde's image took a battering after his affair with Tamasha dancer Barkha Patil came out in open. Even the then Shiv Sena chief Balasaheb Thackeray joked about it in a party meeting saying, "I told Munde jab pyaar kiya toh darna kya". Munde denied these allegations and blamed his political rivals but also refrained from filing cases against the newspapers that were covering the affair thoroughly.

In 1994, a group of influential politicians, businessmen and officials were accused of running a forced sex racket on a massive scale and for a long time in Jalgaon town. The gang lured school- and college-going girls into their trap, raped them and recorded the acts which were then used to blackmail the girls. Two Congressmen were arrested but were later acquitted for the lack of proof.

The Bobby murder case in 1980 was one in which several Youth Congress leaders, including the son of a former speaker, was said to have been involved.

Bobby worked as a telephone operator in the secretariat. She was found murdered under mysterious circumstances. The then senior SP of Patna, Kishore Kunal, an upright IPS officer, got the body of Bobby exhumed so as to nail the real culprits.

As he was about to book the son of a top Congress leader holding a constitutional post, the then Bihar chief minister Jagannath Mishra gave him the marching orders. Once Kunal was shunted out of Patna, the murder case was given a quiet burial.

In 1997, the ice-cream parlour sex scandal rocked Kerala. PK Kunhalikutty, a minister belonging to the IUML, came under the scanner in this case.

The scandal relates to allegations that an ice-cream parlour in Kozhikode was being used as a cover to lure young women into prostitution. Kunhalikutty quit as the industries minister following the charges. He, however, did not figure as an accused in the case.

In 1978, Jagjivan Ram could well have been the first Dalit prime minister of independent India had his son Suresh Ram not got entrapped in a sex scandal. It came to light when everything was going in favour of Jagjivan Ram.

Unfortunately for the then deputy prime minister, nude pictures of his son Suresh were published in a magazine named Surya that showed Suresh in a compromising position with a girl named Sushma Chaudhury. What was interesting was the fact that the magazine was edited by none other than Maneka Gandhi, the daughter-in-law of Indira Gandhi.

#Sex Scandal, #Arvind Kejriwal, #Sandeep Kumar
The views and opinions expressed in this article are those of the authors and do not necessarily reflect the official policy or position of DailyO.in or the India Today Group. The writers are solely responsible for any claims arising out of the contents of this article.