Why impose Sanskrit in Assam classrooms when Hindi is still an optional subject?

BJP seems to be on a mission to saffronise education in the state.

The BJP government in Assam has made Sanskrit compulsory in all state board schools till Class 8.

In state board schools across Assam, students are taught either Assamese, Bodo or Bengali, depending on the areas where they reside. While English is compulsory, schools also teach Hindi, but it is optional.

For the uninitiated, there are many languages spoken in Assam. While majority of people in Assam speak Assamese, which belongs to the family of Indo-Aryan language, Bodo was formally declared as an associate official language last year in districts having substantial Bodo population. In some of the districts in the Barak Valley, Bengali enjoys the official status.

Both Assamese and Bodo are among the 22 official languages according to the Eighth Schedule to the Constitution of India. 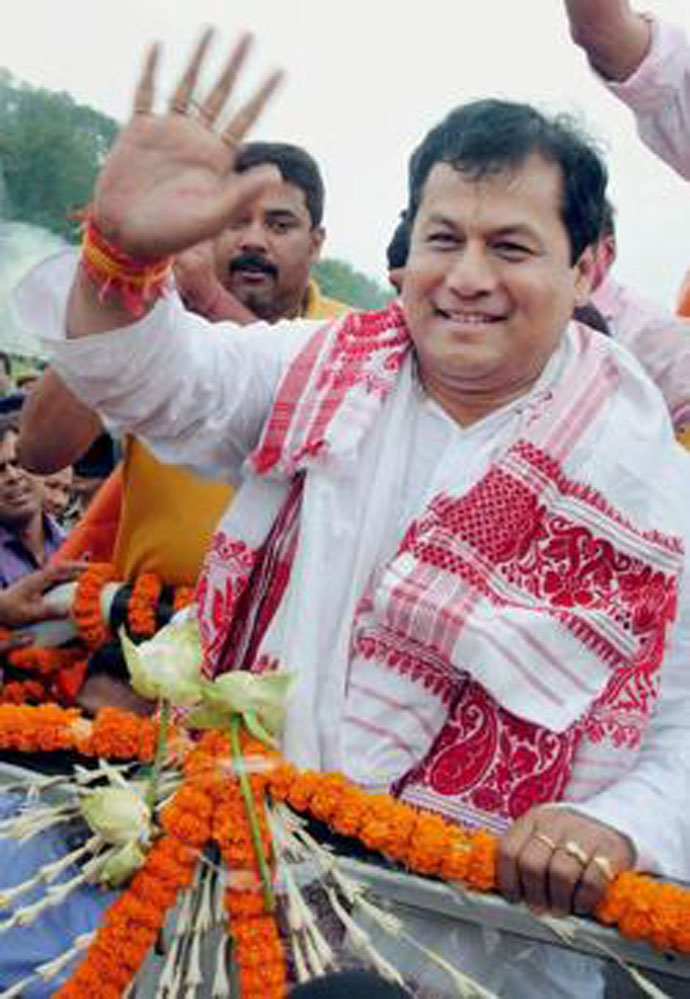 The BJP government in Assam led by chief minister Sarbananda Sonowal has made Sanskrit compulsory in all state board schools till Class 8.

However, lingusitic diversity in Assam runs far wider with a number of other native languages and dialects spoken — Dimasa, Mishing, Karbi, Rabha, Tiwa, etc. All these native languages are of Tibeto-Burman origin. There are other small ethnic groups in the state which speak languages such as Tai-Phake, Tai-Aiton, Tai-Khamti, etc which have originated from Tai-group of languages of Southern China and South East Asia.

In some parts, there are also people who speak Manipuri, Khasi, Garo, Hmar, Kuki, etc.

But almost no one in the state speaks Sanskrit. And that's true not just for Assam, but the entire Northeast.

Making Sanskrit compulsory also raises serious concerns in view of the conflicting history of language in the state.

When the Congress government in the 1960s proposed to introduce Assamese as the sole official language in the state Assembly, it was followed by a "Bhasha andolan". Bengalis living in Barak Valley protested against the decision of the government since Bengali-speaking population constituted a majority there. As many as 11 people died in the unrest that followed after a bill was passed in the state Assembly to recognise Assamese as the only official language.

So, how useful and wise will it be to impose Sanskrit on students across the state?

The cabinet decision has predictably invited mixed reactions from the people of the multilingual state.

Many, including the RSS and academicians, have welcomed the decision terming Sanskrit as a route to ancient India and its culture, but student organisations like the Asom Jatiyatabadi Yuba Chatra Parishad (AJYCP) are perplexed. They see it as a well-orchestrated "conspiracy micro-managed and monitored from Nagpur" which could be made possible after the BJP came to power with an unexpected win last year in the Northeastern state.

At a time when schools across Assam, which figures among the top 15 least educated states, are short of teachers (many of these schools have been running with only one teacher) and thousands of TET-qualified youths are awaiting appointments, the question that has baffled everyone is how will the government recruit so many Sanskrit teachers and from where?

The AJYCP believes the government is plotting to recruit teachers from outside the state to exclusively teach Sanskrit.

The HRD ministry in 2015 had set up a committee to suggest ways to revive Sanskrit and recommend measures to integrate the study of the ancient language with other disciplines such as physics, chemistry, mathematics, medical science and law, suggest changes in Sanskrit education in schools and universities and recommend ways to impart Sanskrit education through modern tools.

The panel headed by N Gopalaswami, former chief election commissioner, had made it clear that the language need not be made compulsory in schools. Instead, under the three language formula, schools and examination boards should ensure that the language is taught and available to those who are interested.

The seven-member committee was of the opinion that reading all subjects in Sanskrit is not possible in a secular and pluralistic country like India, and the government should only facilitate suitable and quality arrangements to teach the ancient language to only those who are interested.

Student organisations too have raised questions in this reagrd. The All Assam Students’ Union (AASU) has said the government should first clarify what is its language policy in schools.

The Congress, on the other hand, has questioned if Sanskrit could be made optional. Debabrata Saikia, leader of Opposition in the Assam legislative assembly, was quoted as saying by The Indian Express: “We would have been happy if Sanskrit was made optional… It would have been better if history and geography were re-introduced.” Interestingly, in Assam board schools, students have a compulsory subject called social studies that includes history, geography and civics, but these are not separate subjects.

The state government's latest move is a "historic" step since Sanskrit is offered only as an optional subject for three years in most states across the country.

The BJP government's efforts to popularise Sanskrit was amply displayed in Assam after the party came to power in the state last year. Three of its newly elected MLAs caught public attention by taking oath of office in Sanskrit, saying that it is the mother of most Indian languages.

Social theorists for long have held the view that language gives meaning and substance to social life, but strangely learning Sanskrit in school has no practical use for students in the state.

Should the government rather not focus on improving the present status of schools and providing textbooks on time?

Well, the irony is not lost on anyone.

If Hindi as the national language of India is the ultimate unifying narrative for the BJP, it's Sanskrit through which they are conveying the message.