It’s his lack of experience that has resulted in many questioning his administrative abilities.

The distance between Guwahati and Majuli, arguably the largest river island in the world, is just over 260km. Yet it’s next to impossible to drive in and out of Majuli in a single day. The island in Brahmaputra is connected to the nearest mainland point, Jorhat through ferry services, which start at seven in the morning and end at three in the afternoon. And if you have a car with you, it’s advisable to book in advance or, at least, reach early.

Also read: Can BJP mark its entry in Assam?

So on March 24, when I was heading to Majuli to interview Union sports minister and BJP CM candidate Sarbananda Sonowal the next day, my first goal was to reach Jorhat by, at least 2pm. I started at eight in the morning and till Nagaon — 125km away from Guwahati — the four-lane, buttery-smooth highway allowed the Toyota Fortuner to clock 120km/hour. It also resulted in a huge miscalculation that I would reach Jorhat by 1pm. 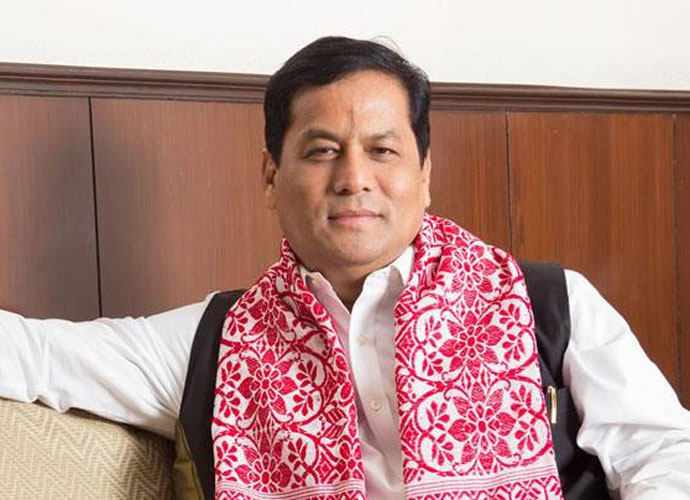 At a roundabout, on the eastern end of Nagaon, the four-lane converts into a single lane, forcing my driver to negotiate cows, goats, ducks, children and, of course, vehicles coming from the opposite direction.

Also read: Tarun Gogoi's desperation proves Congress on its way out in Assam

Despite the fact that it took over a decade to complete, the Guwahati-Nagaon stretch definitely earned a lot of my goodwill for the Tarun Gogoi government and almost justified India Today’s award last year to Assam as the most improved state in infrastructure.

But it was short-lived and, ironically, the torturous second phase of my journey to Majuli began from Samaguri, a constituency represented by Rokibul Hussain, Gogoi’s most favourite minister. The ordeal ended with my vehicle reaching Nimati Ghat, one of the ferry points, at 2.30pm.

My contact person in Majuli had already booked my car and without much fuss, we was aboard.

The 40-minute ride on the motorboat gave me my "Swadesh moment" but I did not know who to thank for this experience — no bridge to connect this island with mainland even after almost seven decades of Independence.

I was expecting a lot of political discussion — this constituency suddenly turned high profile with the BJP CM candidate contesting from here — but a group of a dozen villagers started smoking some local weed and singing traditional songs. Others were either watching them in amusement on engrossed in the huge canvas of the mighty Brahmaputra.

My first encounter with a native in a tea stall — where my contact was waiting for me — was not good news for Sonowal. "It will be a tough contest. It’s not easy to defeat a three-time MLA," said a man sitting next to a deserted Congress election office. He was quick to clarify that he was not a Congress member or supporter of Rajib Lochan Pegu, the incumbent MLA and a minister in Gogoi Cabinet.

Later, my contact, who is an Asom Gana Parishad (AGP) member and now fiercely supporting BJP-AGP-BPF alliance candidate Sonowal, dismissed any threat to Sonowal’s victory. To support his claim, he had evidence, which I could not reject: when we took a round of the island, we found only one poster of Pegu; it was all Sonowal.

Early next morning, however, I found several posters of another rival candidate. These had come up overnight.

With all hotels and guesthouses booked — thanks to Prime Minister Modi’s scheduled visit the next day — I stayed in Bhogpur Satra, one of the Vaishnavite monasteries in Majuli, set up by Srimanta Shankardev in the 16th century. In the evening, I was asked to meet the Satradhikar, the head of the monastery, who believes that Prime Minister Modi is the ultimate hope for the Hindus.

"When I heard Azaan (Muslim prayer) while walking up to Badarikshram, I realised there is something wrong in our country," he told me immediately adding that he has nothing against Islam but "there is a reason why this country is called Hindustan". His disciples agree and hope that Sonowal’s victory will not only bring development to Majuli but also protect the Vaishnavite culture from "aggression by Christian missionaries and Bangladeshi Muslim infiltrators".

Also read: Why are Muslims in Assam still seen as outsiders?

The discussion on existential fear ended with delicious vegetarian dinner being cooked and served by celibate monks.

The next morning I had to wake up early and rush out of the monastery to catch mobile phone signals — that’s how it is at several locations in the river island. I was expecting a call from Sonowal who was supposed to reach Majuli from Dibrugarh. The call came at 7.30am and within 30 minutes, I was at Lakhimi Pathar, the venue of Modi’s rally.

The 52-year-old suave and soft-speaking Sonowal wanted to speak to me in a quieter zone. Maybe he was too embarrassed with the loud speakers blurting out "Sakalore Ananda Sarbananda (everyone’s happiness is Sarbananda)" in the voice of Assam’s most popular singer, Zubeen Garg.

We hop on to his car and settle down by a village pond. Undoubtedly, he gives the impression of a charming persona with rustic, rural simplicity but he is an interviewer’s nightmare — always alert and not one to say anything remotely controversial. The only time he dropped his guard was when he spoke about breathing fresh air in Majuli — his eyes were glowing with passion for the rural ecology.

It was time for me to throw the first non-political question: Why are you still not married? "I was so busy in social activities that I never found time." It was certainly not a convincing answer.

"Will we ever see a Mrs Sonowal?"

The one thing that nobody will miss noticing about the BJP CM candidate is that he wears astrological rings in almost every finger of his two hands. But before I could probe him about those rings, his associate indicated that he must go back to Lakhimi Pathar to inspect the preparation and meet other local leaders.

It was almost 11 and by now the road to Lakhimi Pathar was jam-packed. The crawling car came to a halt, at a good one kilometre away from the venue. Instead of telling his associate to get the road cleared by cops, Sonowal offered to walk the distance.

My first instinct told me that it was a smart campaign idea but his associated dumped the idea saying that his boss would be mobbed.

"What’s the problem? I can walk faster. This car will take ages," Sonowal argued with childlike sincerity. If that sincerity was an act to impress a trailing journalist, I must say he deserves an Oscar. Perhaps it’s this naivety that has resulted in many questioning the administrative abilities of Sonowal.

But his best act of the day was reserved for another journalist.

When he was seated on the elevated stage, minutes before Modi’s arrival, a TV journalist called on his cellphone and requested him to come down for a quick soundbite.

The BJP CM candidate, still on the stage, bowed down and folded his hands to do a Namaste and whispered to his phone: "Aji maaf kara bandhu (spare me today, buddy)."

Within minutes he was gone to receive Modi at the temporary helipad near the stage.

#Narendra Modi, #BJP, #Sarbananda Sonowal, #Assam Polls
The views and opinions expressed in this article are those of the authors and do not necessarily reflect the official policy or position of DailyO.in or the India Today Group. The writers are solely responsible for any claims arising out of the contents of this article.